On Sunday night in Lincang, Yunnan Province, police stopped a suspicious truck hauling dozens of pumpkins en route to Hubei. Thinking it was a bit odd to cart cheap pumpkins so far, the authorities poked around the vehicle a bit: only to find that these pumpkins were chock full of meth.

A smashing spree ensued, with police ultimately finding 1.6 kilos of methamphetamine hidden in six hollowed-out pumpkins and another bag of drugs hidden between the vegetables (looks like somebody got lazy towards the end). 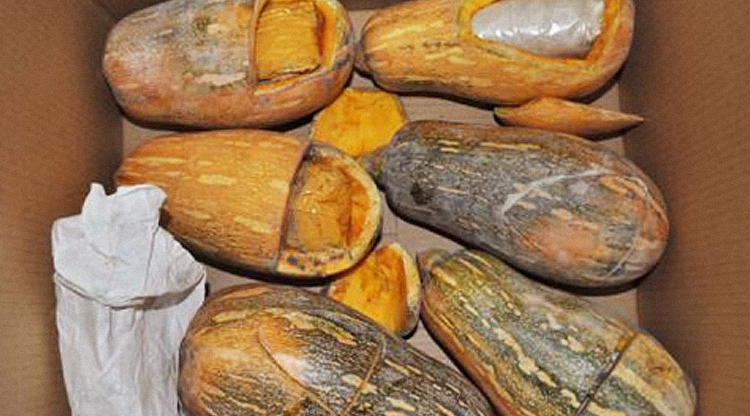 Two men were arrested for transporting the drugs, and authorities have yet to track down the meth's source - the drug is produced in Yunnan (and many other parts of China) but is also oftentimes smuggled into the country via the Myanmese border.

READ MORE: Zhejiang man busted for cooking meth that he planned to give out to wedding guests “It is I who smashed the computer, and so what? I can leave you a note!” After 4 Chinese were killed by Myanmese bombs in March, China warned of 'resolute measures' in the event of a repeat. It would appear smuggling meth out of China is a bad idea.

Yunnan doctor caught with RMB112 million worth of bribes, including mansions and... parking spots

What good are luxury cars if you have to keep them in your mansion?

A traffic accident is just a square dance waiting to happen.