A taxi driver in Henan Province has been arrested on suspicion of conducting espionage against his own country.

The cabbie, surnamed Duan, is accused of monitoring military installations throughout the city of Kaifeng. He was allegedly recruited by "outside intelligence agencies" in July 2013, when he posted online that he was looking for work.

"Have you found work?" a man surnamed Wang asked, claiming to work for an overseas corporation. "I have a task for you. Will you do it?"

The task was simple: Wang asked him to collect a series of military affairs magazines and he enthusiastically accepted. He couldn't find the materials Wang wanted at the news stand so I searched online and sent what he found.

Wang then asked him to go to an armed forces base and to write down what he saw. If he did a good job, Duan was promised a fixed salary as well as additional financial rewards. Duan thought he discovered a shortcut to riches and run with it.

Duan was paid RMB3,000 a month to hang out around military installations and record their comings and goings, often making more than he did from his full time gig driving taxis. In total, he received over RMB40,000 from Wang over the next year before being caught out by authorities who say he readily admitted to his crimes. 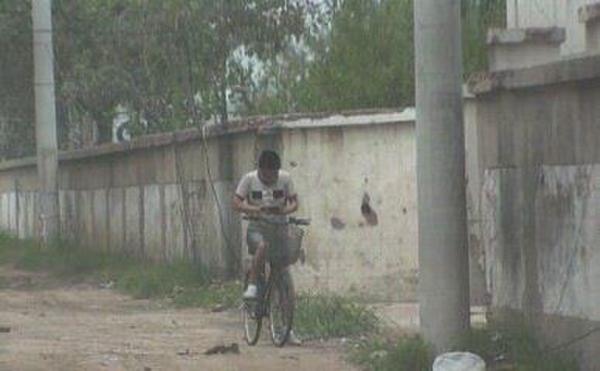 Duan would bike to PLA bases to write reports for "Mr. Wang"

The "foreign intelligence agency" that allegedly employed Duan has not been identified. A taxi driver in Harbin has received praise after he found 170,000 yuan ($27,290) in cash in the back of his cab and swiftly returned it to a young couple who left it there.

A taxi driver plunged his car into a river in Haimen, Jiangsu, after following GPS instructions on Monday.