After a 28-year-old woman from Hong Kong uploaded photographs and a video from within the cockpit of a commercial flight several days ago, it led to what has been without a doubt the biggest nonstory of the week.

Britain's Daily Mail even picked it up, writing in their rambling headline that the pilot was now "in hot water" after "inviting attractive Chinese passenger to sit next to him in the cockpit during the flight because the plane was full."

Beside "SEAT" the passenger's boarding pass clearly reads "JMP." This means jump seat. In cockpits, jump seats are provided for individuals who are not operating the aircraft such as trainee pilots, off-duty crew members in transition to another airport, government officials and airline staff. 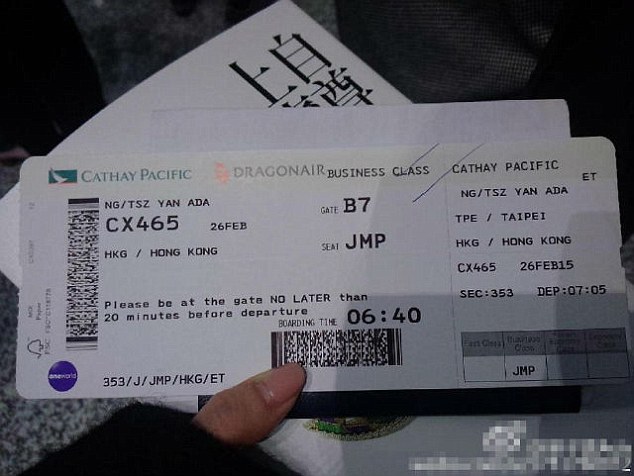 READ MORE: No, a student did not burn down his school after setting off fireworks to propose to classmate

In other words, the passenger was not personally invited into the cockpit by a lecherous pilot who ran roughshod over safety regulations to impress an "attractive" woman, despite the implication of such having been made by multiple news sources.

The only person who acted unprofessionally aboard flight CX465 from Taipei to Hong Kong was the passenger. Posting images from within a cockpit is a breach of aviation industry protocol and the passenger has since removed all of the images from her personal accounts.

In other Mail-related news today, Freddie Roach, currently coaching Chinese boxer Zou Shiming in Macau, slammed the paper's ficticious claims that had personally ordered guards at his gym to carry guns "so people respect them."

For an in-depth look at how the Mail purloins content and manipulates news (or sometimes just plain makes it up), check out bleak first-hand account My Year Ripping Off the Web With the Daily Mail Online.