The hunt is on for Putin's escaped Siberian tigers in North Eastern China after forestry authorities in Heilongjiang have spotted one of the massive cats and believe it may be trying to un-defect (simply fect?) back to its homeland.

Kuzya, the first tiger to leave Russia for China, was spotted near the Russian border, and is believed to be waiting for a nearby river to freeze over before making the journey back to the motherland.

The tigers are wearing GPS-equipped tracking collars (visible in the image above) strapped on by Putin himself. Nevertheless, it has been hard to track down the two defected tigers in China's sparsely populated North Eastern wilderness - officials set up more than 60 infrared cameras to track the striped cats at night, and can be seen here in an official PLA photo-op, pretending like tracking footprints is somehow necessary when you've got a GPS tracker. 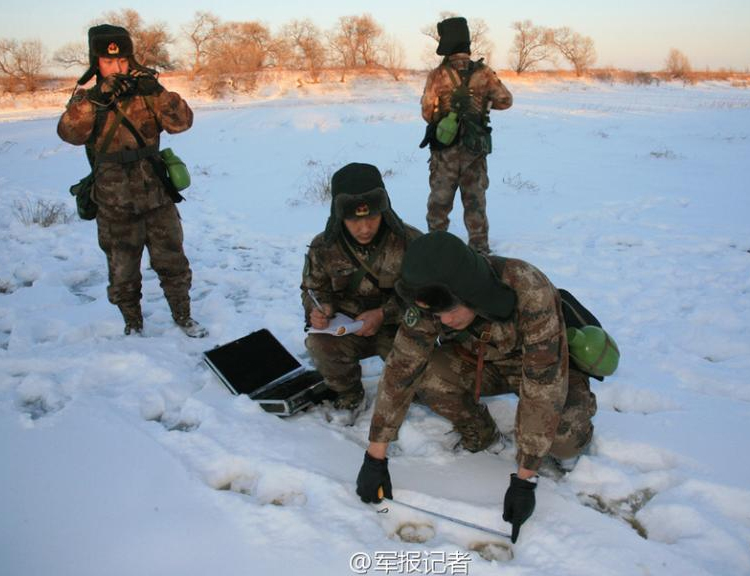 South China Morning Post says that the tigers were even a topic of conversation between Putin and Xi at APEC (that is, when Putin wasn't making moves with Xi's wife), reporting "Xi told Putin the [Chinese] government was protecting Kuzya and Putin was quoted as saying he believed the tiger wold enjoy life in the territory of Russia's friend." But maybe Vladimir "The Tiger" Putin was just making another pass at Peng? First they cross the border without so much as a passport. Now this... Officials fined just RMB3,000 after one of their illegal pet Siberian tigers jumped off a roof and died

Putin just put the moves on Peng Liyuan during APEC

Putin' the moves on the first lady is a bold move.