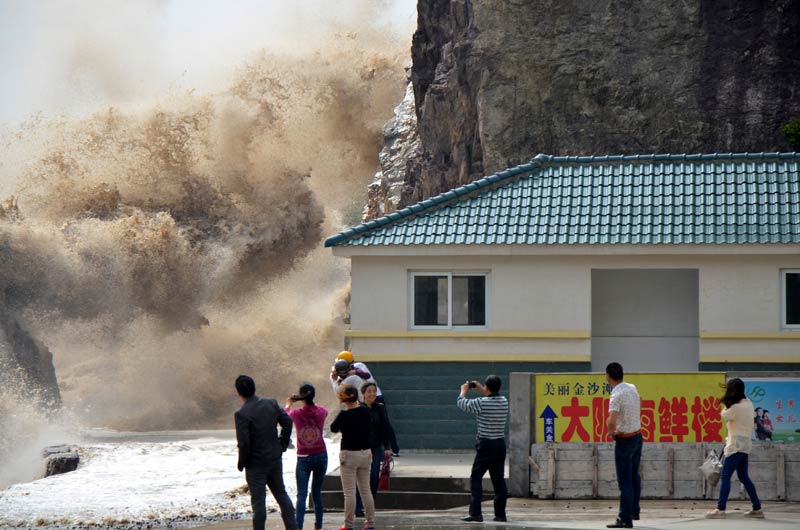 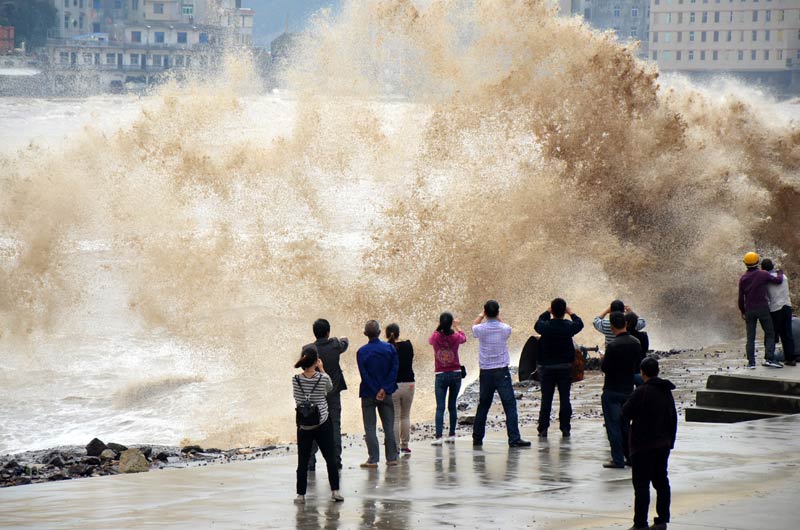 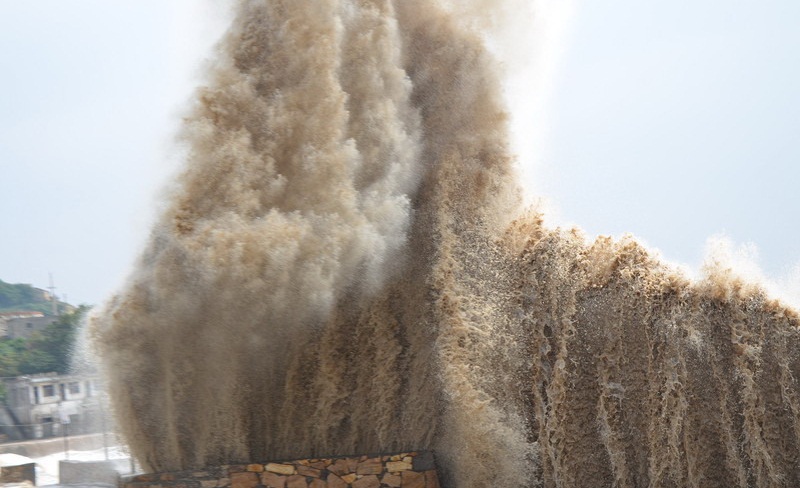 The storm is the strongest since last November's super typhoon Haiyan - one of the strongest ever - which made landfall in the Philippines, killing more than 5,000 people.

Shanghai has seen a drop of 4 degrees Celsius in temperature today as the cold front reached the city, and is expected to pick up a couple degrees after Wednesday.

After bringing some waves and lowering the temperature in cities around the East China Sea, Vongfong has barreled into Japan this morning and is expected to move to the Tokyo area on Tuesday.

At least 35 people in Okinawa and Kyushu have been injured by the strong winds, according to reports.

In Shizuoka, central Japan, three Chinese nations were swept away by high waves triggered by the typhoon on Sunday afternoon as they were fishing on the coast, a local police spokesman said, adding that wTwo of them were rescued safely but the remaining one, aged 26, is still missing." The strongest typhoon to hit south China in 41 years brought winds reaching 216kmph to the southern coast on Friday afternoon.

The official death toll in the Hainan and Guangxi regions was raised to 10 on Tuesday as Typhoon Haiyan affected over 1.2 million people in south western China.