A China Eastern Airlines jet skidded off the runway while landing yesterday at Changzhi Wangcun Airport in Changzhi, Shanxi Province.

The airline said the incident occurred when flight MU 2487 from Wuhan, capital of Hubei Province, landed in rain shortly before 10am.

None of the passengers or crew were injured when the ERJ-145 twin-engined regional jet slid off the runway, the airline said.

There was no damage to the eight-year-old Brazilian-built aircraft, added an airline spokesman.

China Eastern said it was investigating the incident. 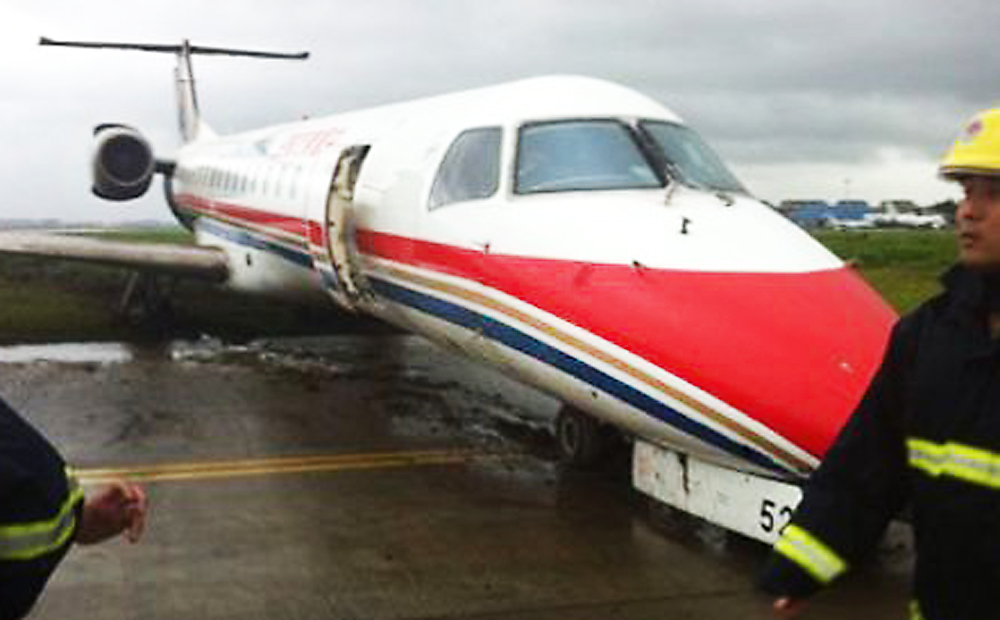 It is not the first accident involving a China Eastern ERJ-145.

In June 2013, an ERJ-145 overran the runway at Shanghai Hongqiao Airport due to a crosswind correction error.

On Tuesday, a China Eastern Airbus A320 flying from Nanchang in Jiangxi Province to Singapore lost its way on the taxiway at a stopover in Nanning in Guangxi Zhuang Autonomous Region, causing an eight-hour delay.

This is the latest airplane incident which have also seen people arrested for attacking another passenger who asked them to turn their mobile phones off, causing bomb scares which grounded two planes and another flight grounded after a high-speed collision with a bird left a massive dent its nose.

The Fantawild Adventure theme park has opened what it claims to be the largest wooden rollercoaster in Eastern China.