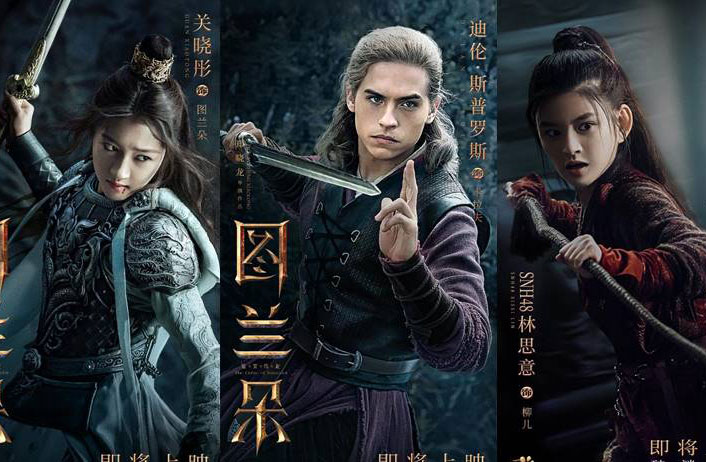 If you’re familiar with the Sprouse twins you know that they’ve distanced themselves from their Disney days.

Dylan Sprouse, who played Zack in The Suite Life of Zack and Cody, has taken on pretty alternative projects in recent years, but no one would’ve guessed he would star in a Chinese drama.

Sprouse costars in the upcoming movie The Curse of Turandot (图兰朵：魔咒缘起) and apparently spent six months learning Chinese for the role.

He stars opposite Guan Xiaotong, who plays Princess Turandot, the protagonist who is as the title implies is under the curse of three bracelets.

The trailer for the movie was released on August 23, and the following day Sprouse posted it on his Instagram, writing:

“Ok but, I’m really hyped today. Those who know me closely know how much I’ve spoken of this project and the life changing experience I had in China filming this. Six months of learning Mandarin, sword fighting, and horseback riding and after some time we finally get to see the trailer. I always wanted to be in a film like this since I binge watched this genre since a kid. Can’t wait to see it and very thankful to have worked alongside such talented actors. Coming soon.”

The trailer has been watched over one million times on his Instagram and received mostly positive comments. However, on Bilibili, some users were a bit more skeptical, with one writing, “It’s a typical white male and Chinese female.”

Another cried, “Asura and The Great Wall are all stories about a white man who came to China to save the world. These are horrible movies, have you thought about the intentions behind them? With all due respect, the director who accepts these scripts should be nailed to the pillar of shame!”

Watch Sprouse flex his Mandarin below (VPN off):

The official release date has not been set.