China’s seventh national population census was released on Tuesday, which was loaded with fascinating statistics about the country’s residents – by our assessment, anyway. Here are eight figures that stood out:

The census also revealed that there are approximately 33 million more males than females in the Middle Kingdom.

The Han ethnic group accounts for the large majority of China’s population at 91.1%. The growth rate of Han Chinese is about 4.9% compared to the last census. The population of people from China’s other ethnic groups has also grown by 10.3%, according to figures from the national census.

The census showed that 845,697 foreigners are living on the mainland, a notable rise compared with 593,832 a decade ago. There are more than 1.4 million overseas residents in Greater China, which includes Hong Kong, Macao and Taiwan. 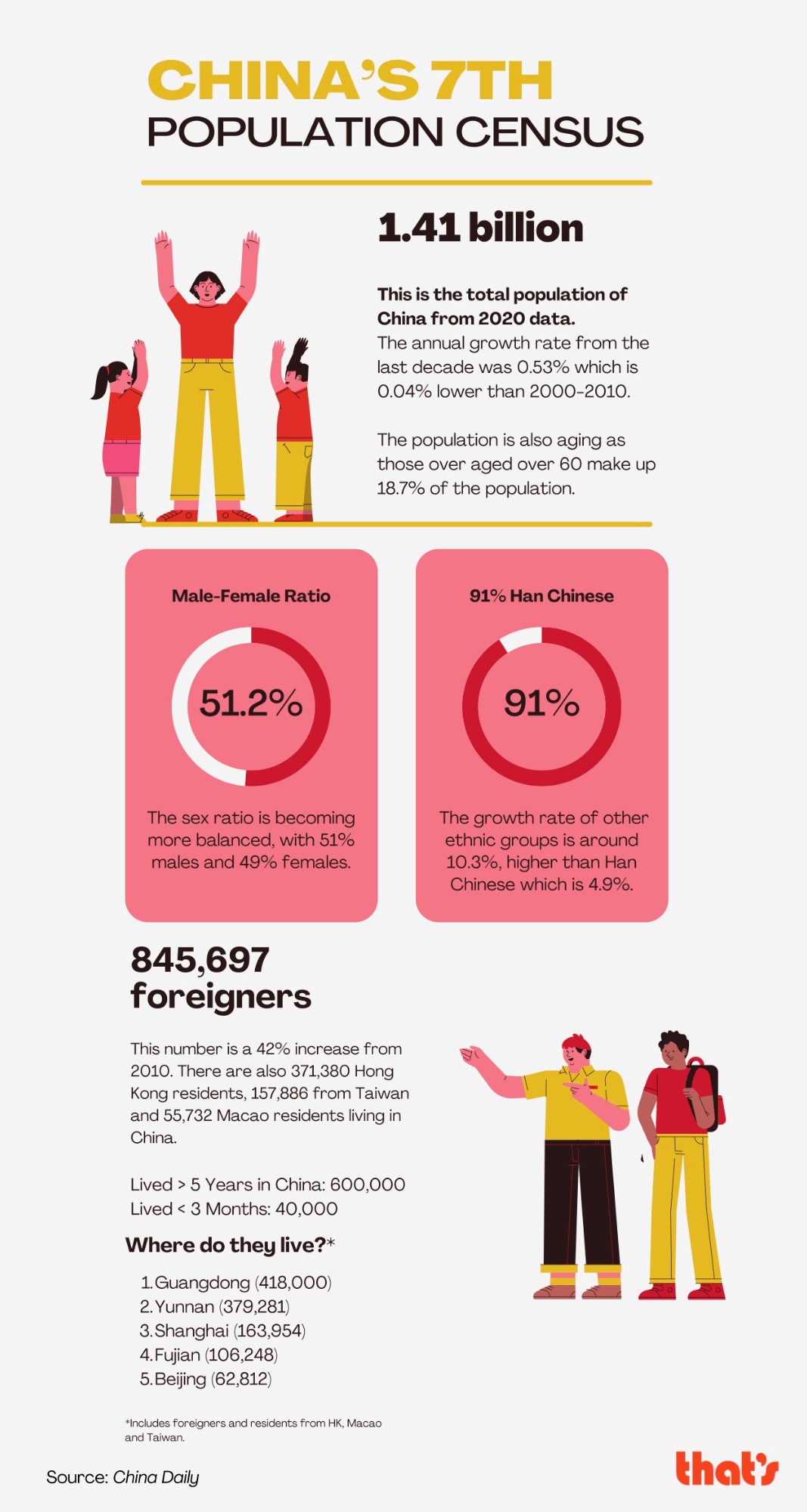 Roughly 52% of foreigners living on the Chinese mainland are female, according to the National Bureau of Statistics.

Around 600,000 are China expat veterans, having lived in the country for more than five years. 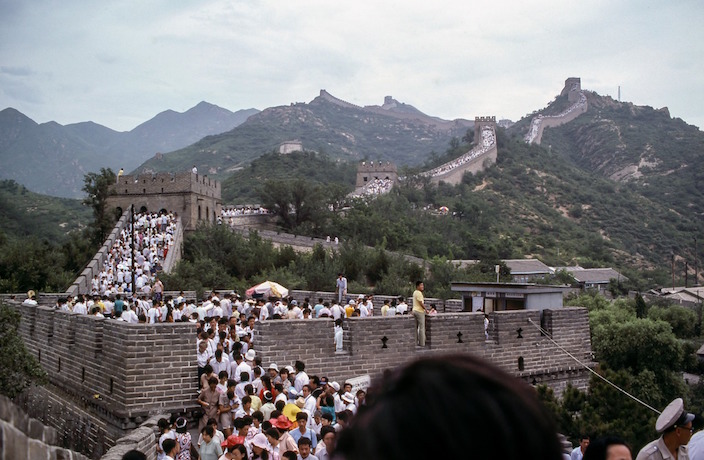