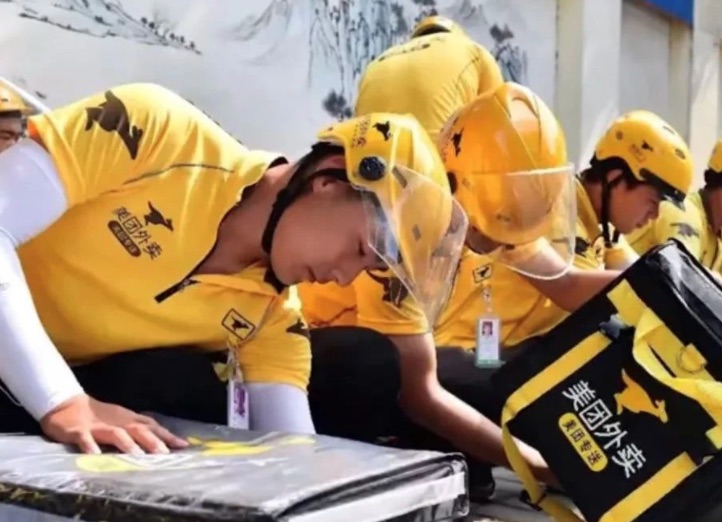 The false idea that 70,000 Chinese delivery drivers, or waimai xiaoge (外卖小哥), hold a master’s degree has recently been doing the rounds on the Chinese internet.

So, is it really the case that so many of China’s delivery drivers are highly educated? Well… no.

The rumors started spreading amid reports that many graduates in China are struggling to land a job.

The figure came from research published in 2019 by delivery company Meituan. The company surveyed 118,000 of its drivers and found that 1%, or 1,180, had masters-level education or above. 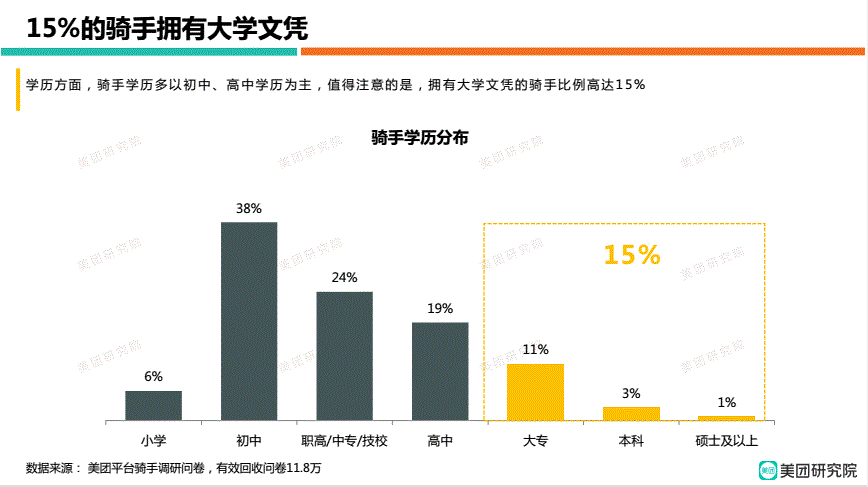 The infographic shows that 15% of Meituan drivers surveyed had a university-level education and 1% of those surveyed had a masters-level qualification. Image via The Paper h/t Meituan

However, many netizens and online ‘independent media’ read this as 1% of all delivery drivers in China. As there are an estimated seven million drivers in the whole country, this would give a figure of 70,000 with masters-level education. But this is not the case.

Furthermore, research from another Chinese delivery company, Ele.me (饿了么), suggests that, far from being “wasted talents,” many masters-level drivers are in fact still in education and doing deliveries as a part-time job.

The research said that many master’s students work during the summer holidays. When asked about their reasons for working, 27% of respondents said they work to pay the bills, while 38% do so simply for some “life experience.” 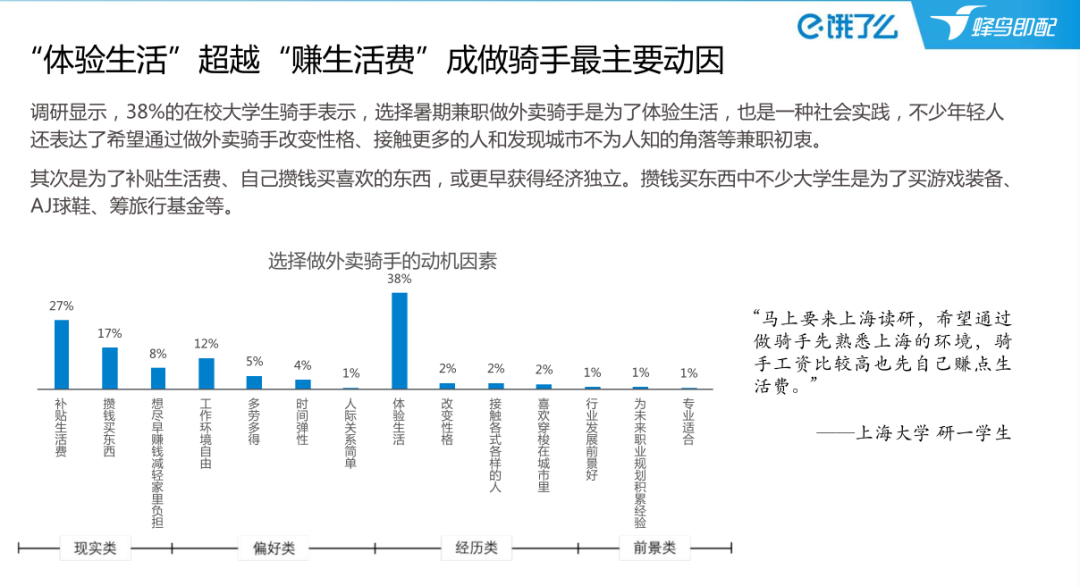 The infographic shows that 38% of those surveyed worked as a delivery driver to get some "life experience." Image via The Paper h/t Ele.me

In China, as in many countries, part-time jobs are commonplace for university students.

Some common positions for Chinese university students include waitressing, tutoring, retail and handing out flyers, among others.

While things are not easy for China’s university graduates right now, the notion that many have resorted to delivery driver jobs to pay the bills is somewhat misleading.