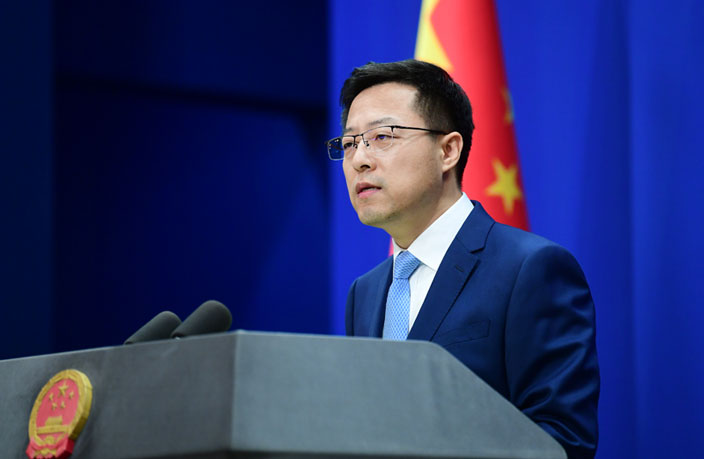 On Monday, Zhao tweeted a doctored image that portrayed an Australian soldier with a knife next to a child carrying a lamb. Zhao wrote: “Shocked by [the] murder of Afghan civilians & prisoners by Australian soldiers. We strongly condemn such acts, & call for holding them accountable.”

We’ve decided not to include the photo in this story.

According to BBC, the report findings have been widely condemned and there is a police investigation currently underway.

The Australian government has called the illustration “repugnant,” and demanded an apology from the Chinese government.

During a press conference on Monday, Hua Chunying, a spokesperson of the foreign ministry, said the Australian government “should conduct honest and deep reflections and hold the perpetrators accountable. It owes the Afghan people a formal apology and a solemn promise that it will never ever commit these horrible crimes again,” said Hua.

Australia requested that Zhao’s post be taken down by Twitter, and referred to it as “disinformation.” Prime Minister Scott Morrison acknowledged the rising tensions between the two countries but said: “This is not how you deal with it,” as cited by BBC.

China-Australia tensions have taken a serious blow this year. Australia was vocal in the early stages of the coronavirus pandemic and led calls for investigations into the origins of the virus. China recently imposed tariffs on key Australian imports such as wine and beef.