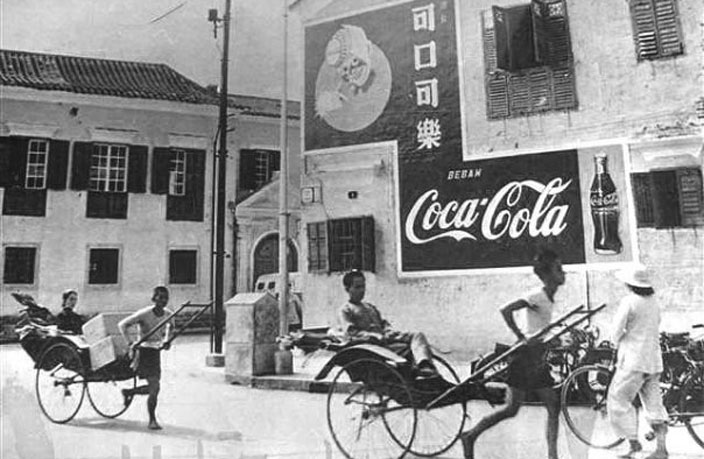 New York Times bestselling author Paul French's (Midnight in Peking, City of Devils) new project sees him weave together the stories of those Jewish refugees who moved on from wartime Shanghai to seek a possible route to freedom via the Portuguese colony of Macao – “the Casablanca of the Orient”. It is available as both as a book, Strangers on the Praia: A Tale of Refugees and Resistance in Wartime Macao, and a podcast. 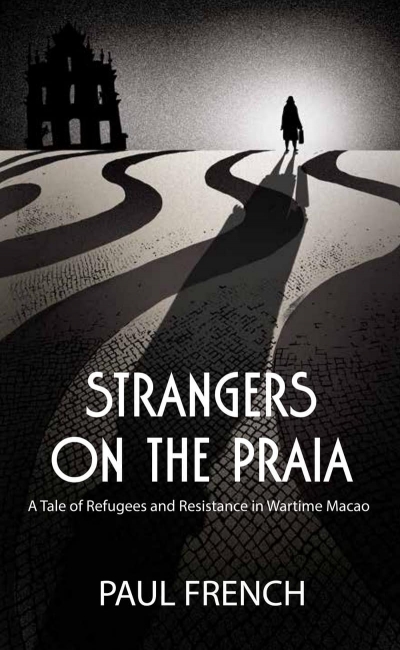 Strangers on the Praia is a project that began by accident. It has evolved from a short story into a podcast (that got nominated for a New York Radio Festival award) and now to a short book. It continues to grow and expand. Who knows where it will end?

It all began in a Hong Kong library looking at the late autumn and early winter of 1941 shipping records between Shanghai and Macao. I can’t even remember now why I was looking at those records. Perhaps I was just interested in who was coming and who was going in and out of Shanghai in those dangerous days?

In 1941, the International Settlement of Shanghai was surrounded by Japanese troops; France had fallen to the Nazis in the previous year and pro-Vichy officials were running the French Concession, actively hunting down any Free Frenchmen sympathetic to General de Gaulle. I was interested in those men and women – Shanghai’s Free French. But they are another story. This is the story that found me…

In among the passenger lists were names that intrigued me: Reuben, Lefko, Ruckenstein, Kohn, Rosenblum. Jewish, obviously. I tracked them back. They listed their nationality as German and Austrian – even though neither of those countries would have renewed their passports in 1941 due to their anti-Semitism. These people were effectively stateless.

Eventually I counted nearly a hundred Jewish names; a hundred Shanghai addresses, all Hongkou. Over two-thirds were women; no children, none married, the oldest just 28. What was going on? 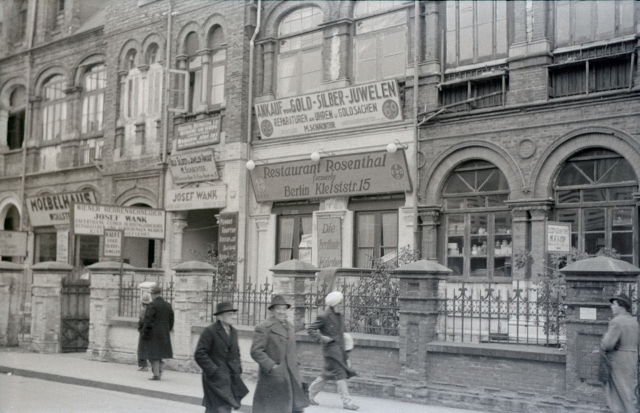 Over 20,000 Jewish refugees from Europe came to Shanghai between 1933 and 1941 to escape fascism. They mostly hunkered down in Hongkou, in the tight-knit streets and linong of Tilanqiao under the shadow of the giant Ward Road Jail – the ‘Shanghai Bastille.’ It was a strange, alien world: jobs scarce, money tight, food in short supply and always the question – would the Japanese hand them over to the Nazis?

Strangers on the Praia is the far less well-known tale of the 300 young Jewish refugees – at the very most – overwhelmingly from Shanghai, who moved on, looking for a route back to Europe and maybe to sanctuary in Portugal, Great Britain or onwards to the United States.

The Shanghai numbers were bolstered by Jewish refugees from Tianjin and other Chinese cities, and those forced to flee Hong Kong before the colony’s final fall to the Japanese on Christmas Day 1941. More came from the small Jewish refugee community in Manila, which the Japanese had invaded on December 8, just 10 hours after the attack on Pearl Harbor.

They clustered in cramped hotel rooms and small lodging houses in Macao – the Portuguese colony some called the ‘Casablanca of the Orient’. I traced the son of one young woman who made the journey – from Berlin to Shanghai to Macao, and eventually to Britain where she married and lived a long life. He said that when his mother talked of Macao she used only one word to describe what the place meant to her in WW2 – ‘Hope.’ 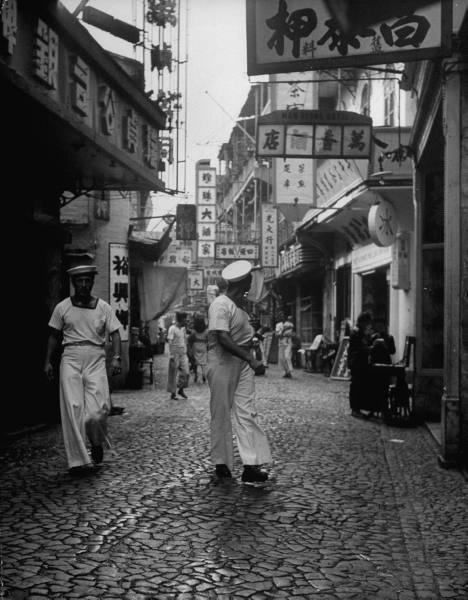 Shanghai was a safe haven for the Jewish refugees, but a tough one. Many younger refugees found a life confined largely in Hongkou, with arguing and nagging parents, little money or social life, constraining. It’s understandable. Put yourself in their place – you’re in your late teens, early 20s; you’re living in a cramped cold water flat with your parents, maybe your grandparents, annoying younger brothers and sisters.

There’s not much to be had in the way of education, work, cash or fun. There are shortages of everything. Along with everyone else you have no idea how long these wars will last – the war in Europe against Hitler; the war in the East against Japan. You hear rumors of what is happening to the Jews of continental Europe – there are Nazis in Shanghai and they are friends with the Japanese.

What will happen to you? How long will Shanghai remain a sanctuary? Perhaps it’s best to strike out, keep moving, try for a neutral port and from there perhaps a boat to Portugal, or Australia, America, Britain; other, more permanent sanctuaries.

For many the decision was made horrifically easier for them with the tuberculosis outbreak of 1941. In a city of deteriorating conditions, food shortages, limited medical supplies and where clean water was far from universal, tuberculosis sped through the narrow lanes, alleys and tenements of Shanghai north of the Suzhou Creek. In Tilanqiao, hospitals were soon overwhelmed.

As with most epidemics it claimed the old and the weak, the immuno-compromised and the poor. The Chevra Kadisha, the Jewish burial charity, worked daily to deal with the dead. Elderly Jews succumbed in large numbers and ended their long flight from fascism at the Jewish cemetery on Baikal Road in Yangpu. Many of those who opted for Macao were recently orphaned by the Shanghai tuberculosis epidemic. They had no family left to stay for. 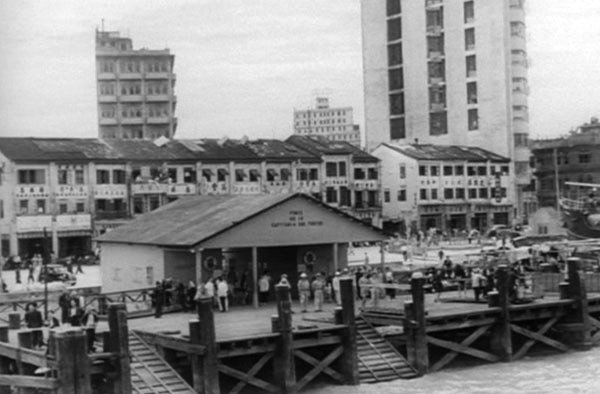 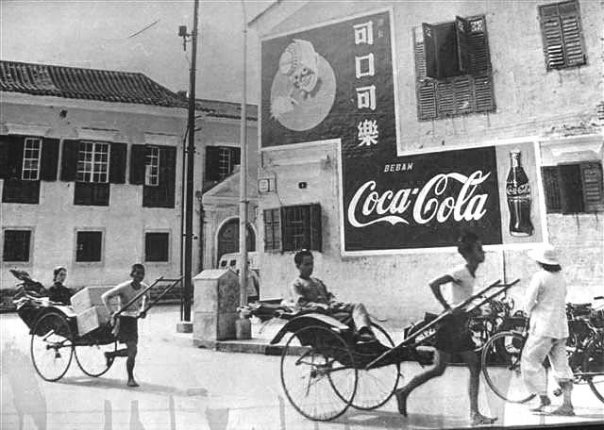 Macao was Portuguese and accepted refugees. For many home became the Aurora Portuguesa hotel on the Rua do Campo in the old town of Macao, near Senado Square. It had been a small pension with a popular billiard hall attached for young Portuguese men clerking in Macao. It swiftly became a hostel for young, overwhelmingly Jewish and female refugees coming from China. They crammed in half a dozen to a single room.

The rumors had not been true. Due to the wartime disruption of the shipping lanes – the naval battles, the U-Boat patrols – there were no ships for Lisbon from Macao. Rather than a possible escape route, a gateway to freedom, Macao was a massive dead end, a cul-de-sac. When all of Shanghai fell to the Japanese after Pearl Harbor, and Hong Kong just weeks later, there was nowhere to go.

Macao was truly the Casablanca of the Orient – Nazi officers drank with Japanese military intelligence officers at the Bela Vista Hotel. The British maintained a consulate which, by the start of 1942, was known as ‘The Lone Flag’ – the only British consulate between India and Australia. It was willing to issue transit visas good for Great Britain, its dominions and territories. But there were no boats.

So the refugees were stuck. Jobs were few and far between; they didn’t have the language skills anyway – Portuguese, Cantonese, Macanese Patuá. They were forced to eek out their stashes of patacas, engage in a little mercado negro, black marketeering, dealing or finding jobs in bars or dancehalls. 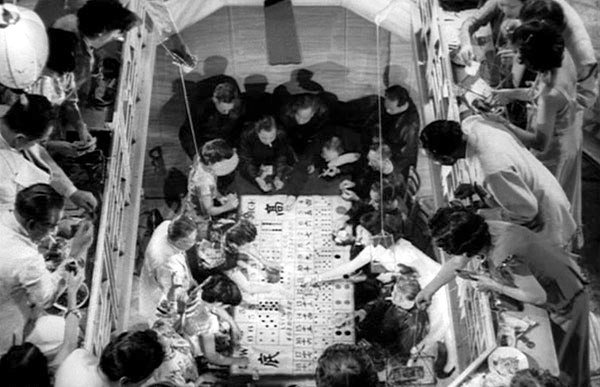 But Strangers on the Praia is not just the story of moving from one dead end in Shanghai to another full stop in Macao. There was, for a few, the ability to resist; to play a role on the fight against the Japanese and the Axis; to strike back. There are stories of escapes – at first from occupied Hong Kong, by British Intelligence officers and soldiers, to Macao. Midnight flits by fishing boats and sampans from Aberdeen and Stanley to Macao’s Praia.

Once in Macao, there was a possibility to move on, to get to Free China, to rejoin the fight. There was a route – to the tiny and almost totally forgotten French ‘leased territory’ of Guangzhouwan with its small port at Fort Bayard, now called Zhanjiang. A forgotten backwater of France’s Far Eastern possessions on the border of China and French Indo-China. A ferry ride of a day or so from Macao, north of Hainan Island.

The clandestine British Army Aid Group (BAAG) in Macao arranged passage for escaped men to Guangzhouwan and Free China guerrillas would escort them across China to the Free Zones of Guilin, Kunming and up to the wartime capital of Chongqing. From there British or American planes flew across the Himalayas – ‘the hump’ – to India and from there a new possible route to safety.

Those men needed ‘wives’; women to accompany them and allay suspicion. Both with forged passports, visas, identity cards and vaccination certificates courtesy of the British Consulate. They became neutral Spaniards, Portuguese, Irish. The young Jewish refugees, mostly female, single, wanting to move on, wanting to resist and play a part, agreed.

We have records of them bravely adopting new identities, putting on hastily bought, cheap wedding rings, standing before Vichy French customs officials in Fort Bayard arm-in-arm and smiling with men they had met only hours before and looking like newlywed neutrals off to work in the Sumatran oil fields or the French held cities of Hanoi and Saigon.

It worked. Many got out. They made it to Guilin or Kunming. They got US Air Force Transport flights to Calcutta. From there they eventually got ships to Britain and often from there on to Canada or Australia. They made it to a more permanent safety. But for a short while, in that Portuguese colony of Macao in the South China Sea, they had been Strangers on the Praia. Their names keep on coming: Cohen, Weinbaum, Montefiore, Schlagman, Krebs, Frieser…

Paul French’s Strangers on the Praia: A Tale of Refugees and Resistance in Wartime Macao is available from Blacksmith Books with free shipping to China from the publisher in Hong Kong – scan the QR code to order a copy now. 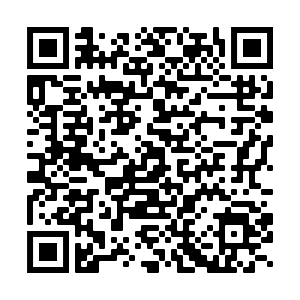