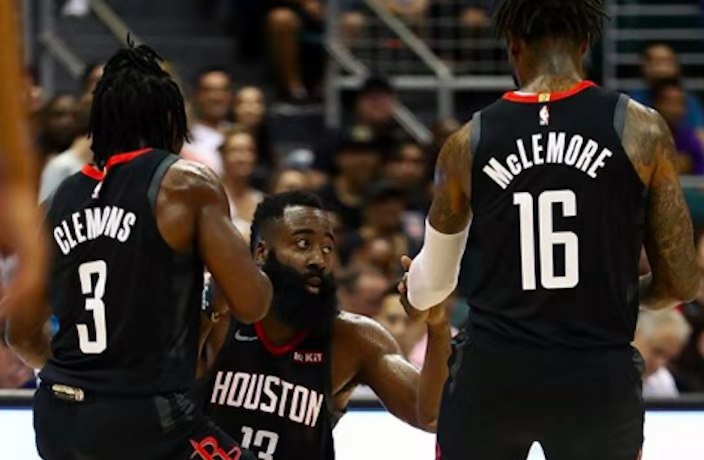 China’s basketball association has suspended all operations with NBA team the Houston Rockets, after the side’s GM Daryl Morey tweeted out a now deleted graphic backing protestors in Hong Kong. According to China Daily, the Chinese Basketball Association (CBA) took to Weibo, posting a message which stated that Morey had made “improper remarks regarding Hong Kong.”

The CBA were not the only Chinese organization to denounce Morey’s tweet, as Tencent and CCTV also expressed their intention to cease their cooperation with the basketball team. Additionally, online stores such as JD.com and Taobao have removed Houston Rockets merchandise. 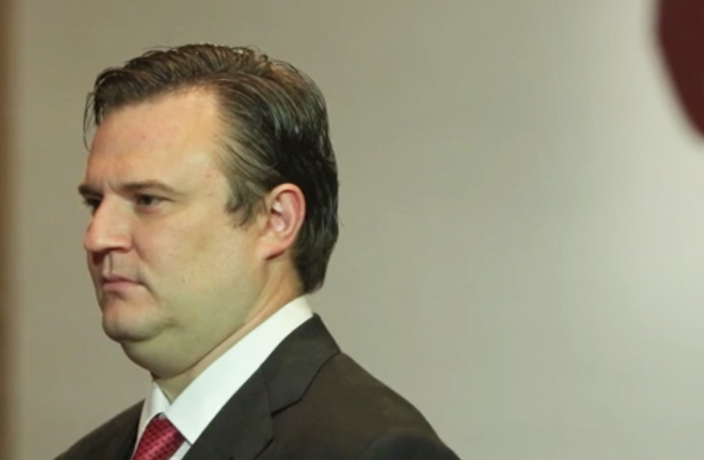 Sportswear brand Li-Ning and Rocket’s sponsor Shanghai Pudong Development Bank are among other high-profile brands to denounce Morey and the Rockets in the aftermath of his statements.

NBA fans’ night, set to take place on October 9-10 at Shanghai Oriental Sports Center, may now see a lower turnout, with many Chinese stars announcing their withdrawal from the event on Weibo.

In response, the NBA sent out statements on both Twitter and Weibo, seeking to clarify the organization’s stance on the situation. 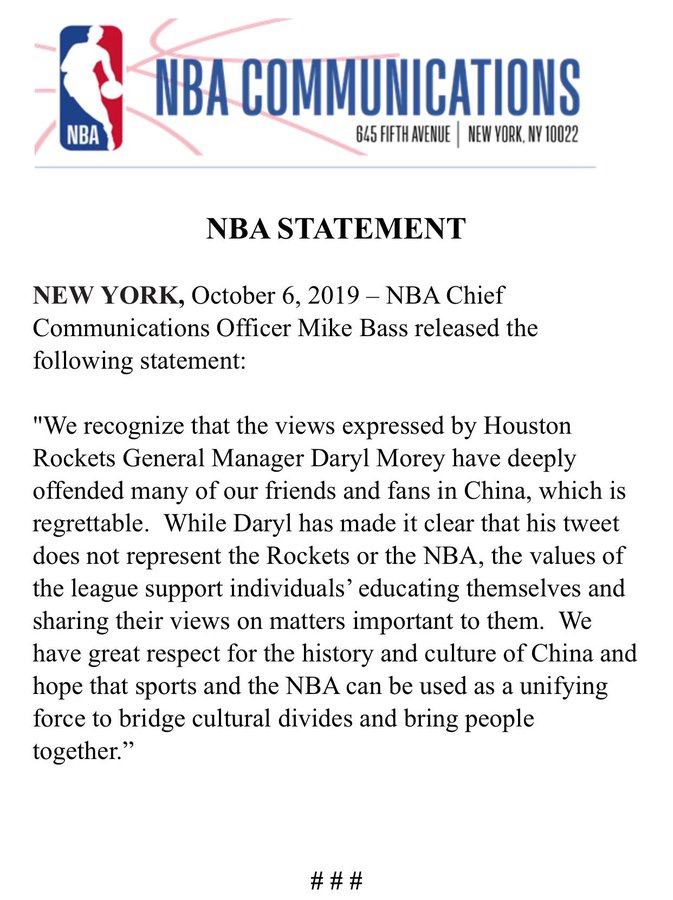 Members of the Rockets’ organization also quickly attempted to quell the impact of Morey’s statement, including team owner Tilman Fertitta, and the team’s most visible player, former NBA MVP James Harden. Fertitta denounced Morey’s tweet, while also stating that the Houston Rockets are a politics-free organization.

According to ESPN, Harden said “We apologize. You know, we love China. We love playing there,” while standing with colleague and fellow league MVP Russell Westbrook at a team practice in Tokyo. “For both of us individually, we go there once or twice a year. They show us the most important love.”

Houston Rockets are, historically, one of the most beloved NBA franchises in China and just recently were voted the second most popular NBA franchise in the country. Current head of the CBA and national legend, Yao Ming, famously played out his Hall of Fame career for the Texas franchise over the course of eight seasons.

The Rockets have also actively sought to gain a solid fanbase in the Middle Kingdom over the past few years, with Harden and the franchise making frequent trips to China. 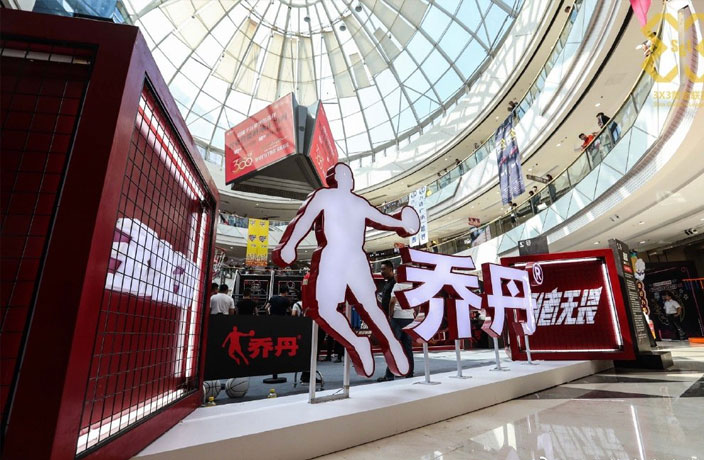 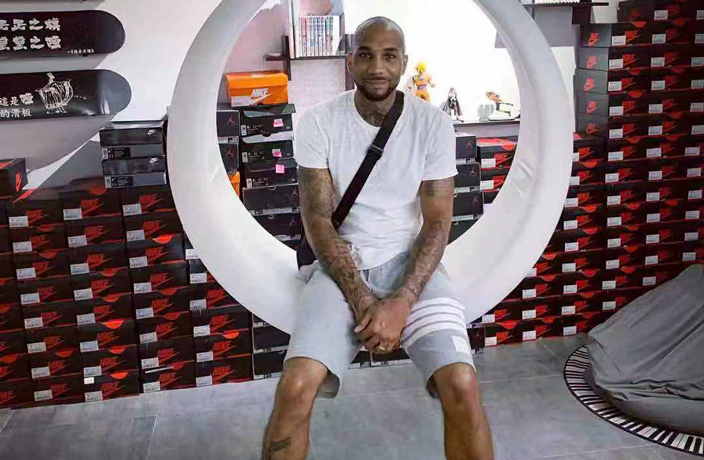 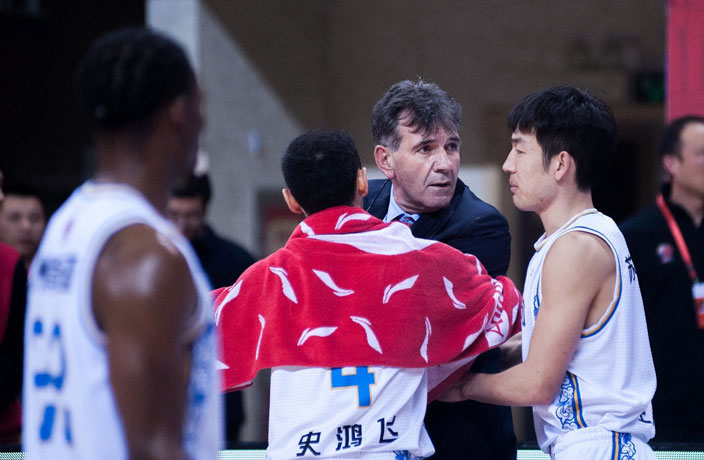