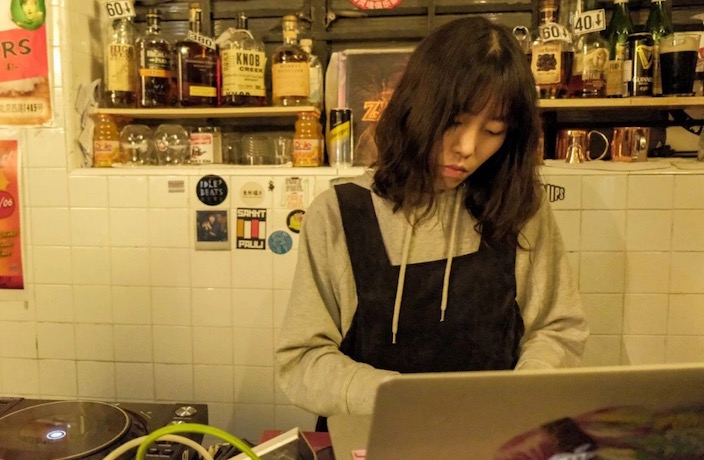 While I'm sitting waiting for Li Jingping, aka Laughing Ears, to arrive, an unassuming girl walks into the cafe, orders a beer and sits at the table beside me.

Laughing Ears’ music is known for possessing a cyberpunk quality, so I’m expecting someone in goth ninja apocalypse gear. As the big hand on the clock edges toward noon, I shoot Li a message and the girl to my left whips her head around and says with surprise “oh, it's you!”

The name Laughing Ears has been ringing out in Shanghai of late. The release of her first full-length album, Tidal Effect, on Beijing’s Ran Music in July is a notable departure from her previous ambient offering, 2017 EP Illusory Time, this time offering listeners a dark and highly experimental record that combines influences from a range of genres. Just last month, she made an appearance on the fantastic Functory 03, the third compilation album from Hangzhou label FunctionLab.

Next up for her is an appearance at the latest china.wav event by Radii China on September 17, where she is set to perform alongside, and with, blind violin virtuoso Zhang Zheyuan.

She jumps up from her chair, grabs her beer and sits at my table, later telling me that she is imbibing alcohol because she is nervous. That much is not immediately apparent. As I set my phone to record our conversation, she tells me not to worry, that she is casual. This is a common thread throughout the discussion that follows. Li, in many of the things that she does, seems to value the casual, the natural approach.

For example, she is quick to draw distance between her musical intentions and the cyberpunk label that has been attached to her music, crediting her sound with her long-time fascination with sci-fi movies, especially those made by now-deceased, legendary Japanese filmmaker Kon Satoshi. 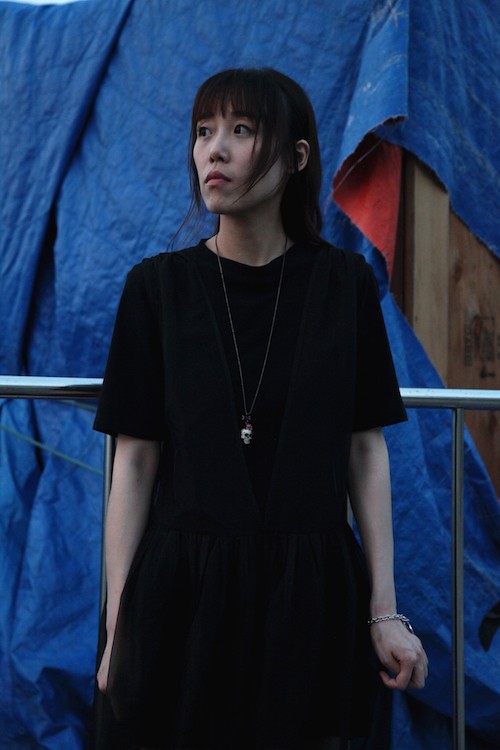 In the making of Tidal Effect, she initially sent Ran Music head Shen Lijia a bunch of tracks. Shen then narrowed down the selection, plucking out eight songs and tying them together. He was integral in shedding light on Laughing Ears’ integral style, giving a name to her brand of music. In the description of the album, reference is given to the producer’s signature dark and cyberpunk sound, her experimentation with footwork, experimental, ambient, bass and noise music.

“He knows how to link my songs together, I’m not really good at that kind of thing. I like making songs, but I don’t like thinking about how to link the songs together or make an album,” she says, explaining the process. “When I hear my music I don’t know how to describe it. But for Shen, when he was listening to my music, he can hear it better.”

More recently, listeners were treated to the track ‘Polymorphic Reality,’ released as part of Functory 03. The track was accompanied by a short music video featuring candid shots of pigeons sitting on pipes and bathed in blue light. The song certainly shows signs of her ambient past, with water dripping in the background, while horrible cavernous echoes are also apparent.

“For the Functory release, GG Lobster chose a song that I didn’t think he would choose. That’s not the same sound that FunctionLab usually publishes. He wanted to make something different.”

She goes on to tell us that plans have been mentioned between her and FunctionLab to release something more substantial in the future, though this will likely happen very naturally and when the time is right.

While much of Laughing Ears’ focus over the past few years has been set on production and making new beats, her live performances have been sporadic. That is, as she says, the next important step for her as an artist. She is excited about the opportunity to play alongside a violinist, expecting that her performance with Zhang Zheyuan will be an effort to bend and blend genres together.

Considering this open-ended, open-minded and naturalistic process, it’s hard not to be excited about what the future holds for Laughing Ears.

Catch Laughing Ears at ALL Club later this month: