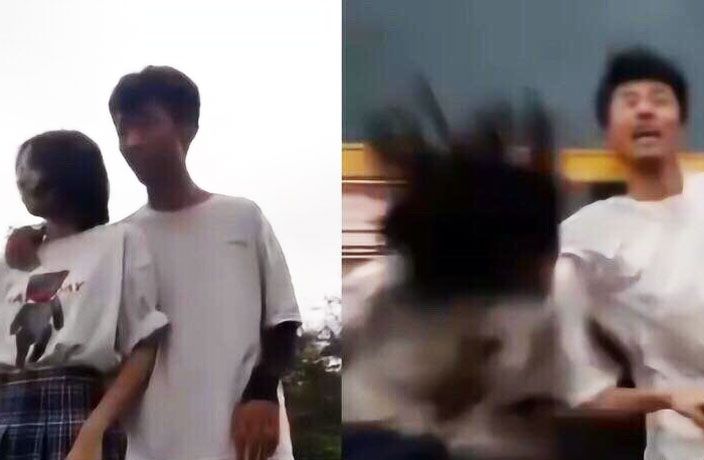 Don’t stand close to the tracks. It’s an adage as old as trains, and, if you grew up near a train track, you probably heard this warning more than once from mother dearest. Unfortunately, two young lovers in Guangdong province clearly never received this advice (or perhaps chose to ignore it).

According to numerous media reports, a couple in Meizhou were recently injured after a passing train literally knocked them off their feet. In video footage of the incident, the clueless duo can be seen standing far too close to the tracks in an apparent attempt to capture a – shall we say, unique – photo for social media. When the train passes behind them, the unnamed pair and their cameraperson are tossed like coins to a wishing well.

Watch below to see the couple get a reality check (VPN off):

The train’s engineer reportedly braked when he saw people standing near the tracks, but this was apparently too little, too late.

While reports vary regarding whether or not the couple were physically struck by the train (most reports indicate they were knocked off their feet by the burst of wind the train created), all note that the duo were transported to a local hospital to be treated for injuries.

Under Chinese law, walking along – or standing on – railroad tracks is illegal and a fine can be levied as punishment.