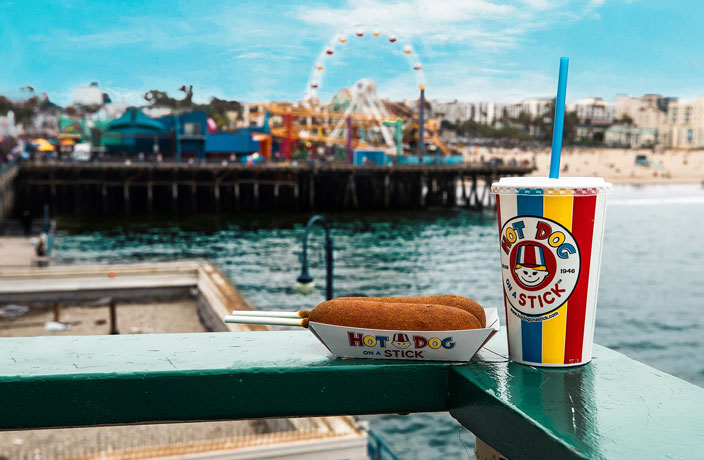 Fans of Hot Dog on a Stick will be happy to know that the iconic California-born outlet has opened its first China-based location in Shanghai at the Crystal Galleria. This comes as a result of a Master Franchise Agreement between the corporation and Eugene Restaurant Management, who have big plans to provide the famous hand-stomped lemonade, made-to-order fried stick items and bubbly customer service that are hallmarks of the American brand.

Founded in 1946 in Muscle Beach, California by Dave Barham who used his mother’s cornbread recipe to perfect the portable snack, the fast-food chain now consists of close to 70 locations throughout the US, primarily in mall food courts. Prior to opening their Shanghai store, the brand's first international foray into Asia was in South Korea. 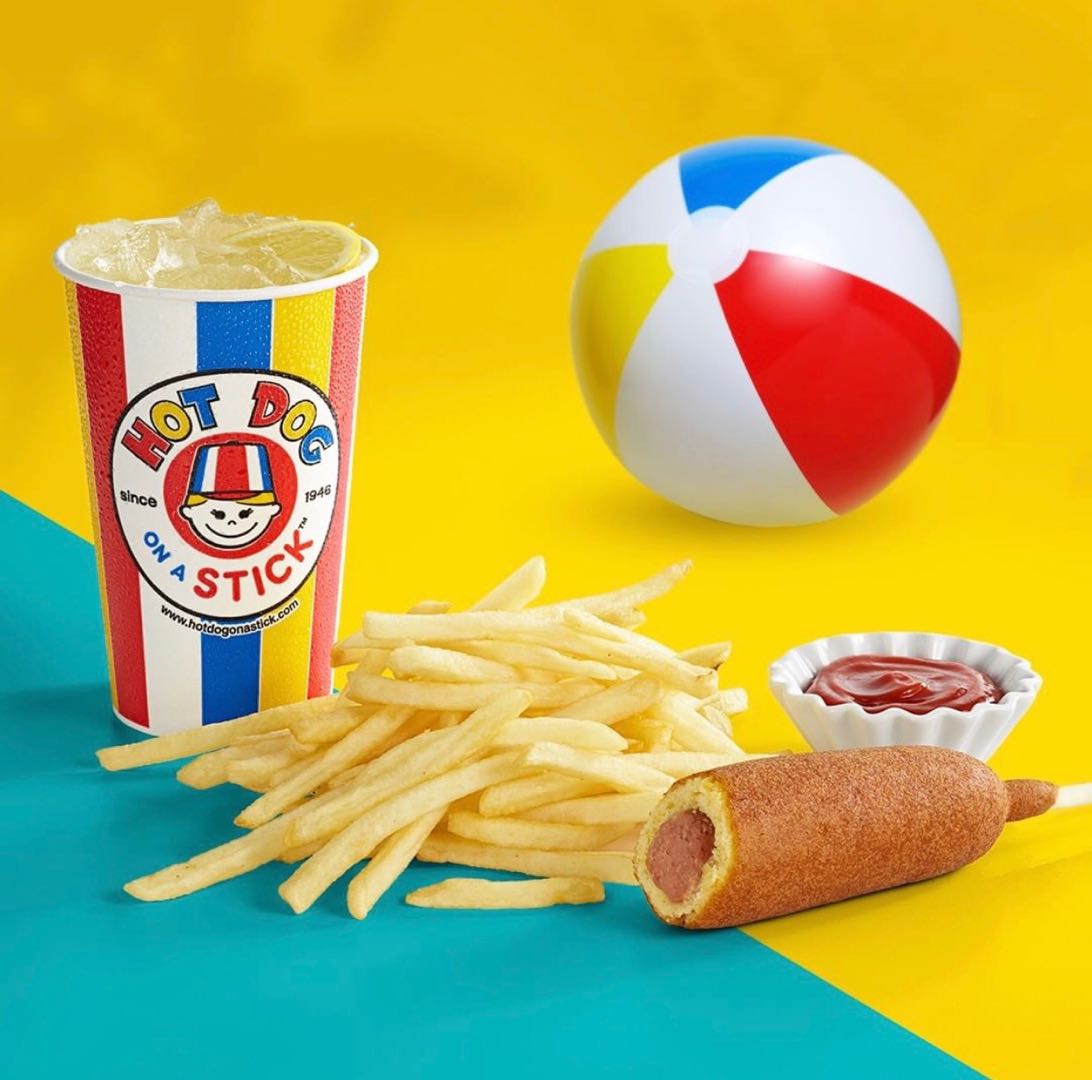 That’s Shanghai spoke to Master Franchisee Eugene Mao, about the motivation for bringing the unfamiliar brand to the Asian market. "I've loved [Hot Dog on a Stick] since I was 10 years old, and the first thing I would do when I walked into a mall was to go get a Hot Dog on a Stick lemonade. That's what summer in California feels like. When I returned to China, the quality of the lemonade wasn't as good.”

As for choosing Crystal Galleria as the first location, Mao said, “it's quite convenient with a subway and lots of office buildings close by. You have the workforce of about 2000-3000 for lunch plus it’s a touristy location with a (Jing’an) temple next door.”

Expansion plans include additional shops in the greater Shanghai area. They have already identified three potential Shanghai locations and hope to hit surrounding cities such as Hangzhou, Suzhou, Nanjing by early 2020. 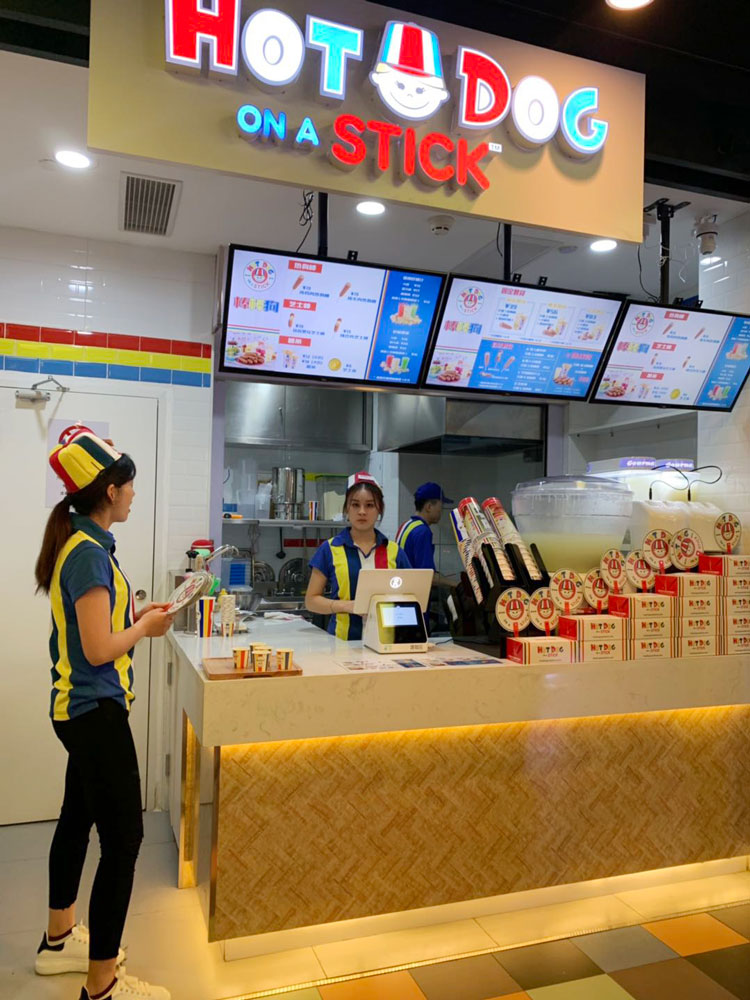 Employees at Shanghai's new Hot Dog on a Stick. Image by Nomvelo Chalumbira/That's

Since opening their doors in mid-May, they have received positive feedback earning many returning customers but introducing the new brand to the Chinese market requires more education and marketing work. “People don't understand what a corndog is and think it’s a hotdog wrapped in bread,” says Mao. Nevertheless, he is hoping to see customers daily for their corn-battered dog and lemonade fixes.

Beyond education, localization is the key to success in China, and Hot Dog on a Stick has made some concessions, such as making sweeter lemonade to balance out the tartness of the citrus. In addition to the classic lemonade, strawberry and lychee variations are on the menu. The latter is a new flavor that has just recently been introduced globally.

When it comes to hot dogs, they have both chicken and beef dipped in their proprietary corn batter. There are also two varieties of a cheese stick on offer: mozzarella and pepper jack. If you dare, the store has a challenge set consisting of 10 sticks and large fries for RMB188 – that’s free if you finish within 10 minutes. For particularly competitive eaters, you can win a RMB500 cash reward for consuming the whole thing in under eight minutes.

Delivery is not yet available, but getting on delivery apps is a top priority, so rest assured, you'll be able to enjoy lemonade and corndogs without leaving your desk or couch in the foreseeable future.

[Cover image via Hot Dog on a Stick/Facebook]

See listing for Hot Dog on a Stick