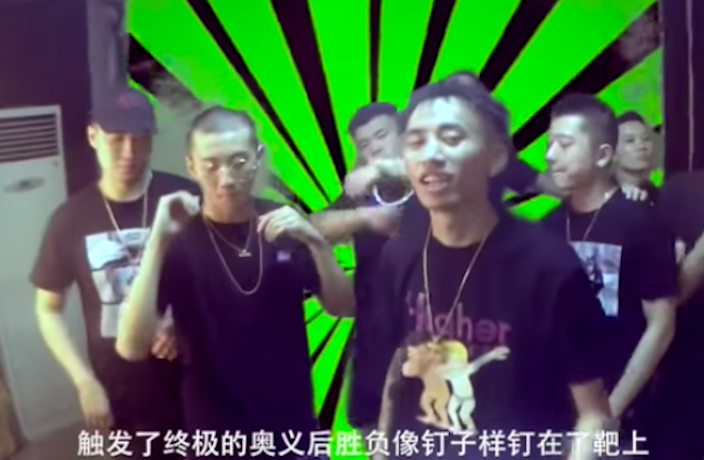 CDC Rap House, quite possibly China’s most famous rap collective, announced on Wednesday, May 22 on Weibo that core members of their group, Higher Brothers, T.Y., Wang Litai, ATM, Sleepy Cat and Xiao Bai will no longer be associated with the group. CDC Rap House’s introduction on Weibo now reads goodbye.

The rap collective is undoubtedly best-known for nurturing the rise of the now globally-known Chengdu rap group Higher Brothers, while members like Fat Shady, Wang Litai and others are also super-famous in China.

CDC member Fat Shady (Xie Di), possibly best-known for his song ‘Stupid Foreigners’ released in 2017, took to Weibo on the same day as the CDC revelation to post an edit of Dr. Dre’s ‘Still D.R.E’. Shady’s track is called ‘Still CDC’ and, alongside the song, he offered a cash reward for anyone who could discover the meaning behind the song, using the hashtag #谢老板发100万#.

This led to a number of Fat Shady fans hypothesizing about whether ‘Still CDC’ is Shady’s tongue-in-cheek way of revealing that he will collaborate with Eminem in the future or whether the track was meant as a diss against his former CDC colleagues. Shady previously did a rework on Eminem’s ‘Rap God’ in 2016.

A quick glance at his most recent Instagram posts show that the Chengdu rapper is currently stateside, in Los Angeles, from whence he has been sending out a variety of cryptic messages on Insta and Weibo, some of which include more references to Deathrow Records, and the number 618 (a reference to June 18, perhaps?)

Almost 4 million Weibo users have followed the hashtag #谢老板发100万# (Boss Xie Sends out 1,000,000) since it first hit the net on Wednesday.