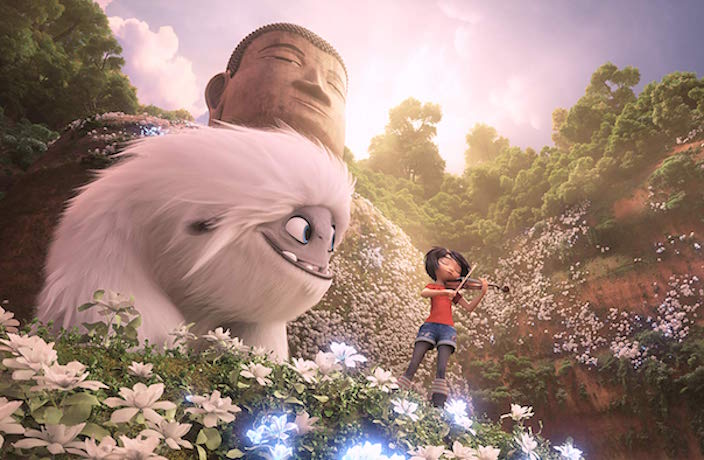 The second official trailer (and first to be released online) for a China-based animation about a teenage girl, called Yi, and her journey to the Himalayas with a magic Yeti named Everest, has been released. The film is set to be the first release by Chinese film production company, Pearl Studios, who teamed up with DreamWorks for the making of Abominable.

The trailer shows Yi playing her violin on the roof of her apartment building, where she is abruptly disturbed by a humongous furry Yeti. Yi and her friends then attempt to help the Yeti cross from Shanghai on the eastern coast of China, all the way to the Himalayas, passing through such picturesque parts of China as Zhangjiajie, Guilin and Leshan.

Abominable is set to be the first release under the new name, while another five projects are currently lined up over the coming years.

Watch below to see the trailer for Abominable (VPN off):

Abominable will star Chloe Bennet, Eddie Izzard, Albert Tsai and Tenzing Norgay Trainor, the grandson of famed Himalayan climber Tenzing Norgay (one of the first men, along with Edmund Hillary, to make a successful ascent of Mount Everest in 1953).

The film is set to be released in Hong Kong theaters on September 26, although a release date for the Chinese mainland has yet to be announced.

How Well Do You Know Your Old Shanghai Sojourners?

Founder Michael Ohlsson took to Facebook to confirm the news, rumors of which we'd heard over the past few days.