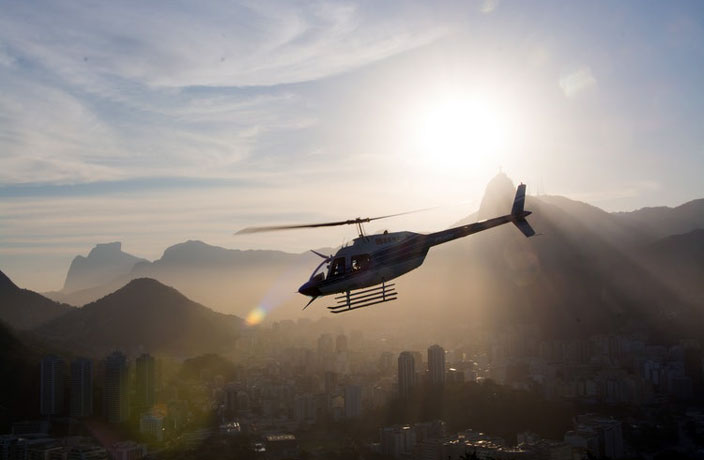 In a city that prides itself on breakneck development and growth, it seems only fitting that Shenzhen would be the leading light in China for a new innovation in urban public transport.

Shenzheners may soon have the ability to hail a helicopter from a rooftop, as the city’s urban air mobility (UAM) project aims to make helicopter rides a reality, according to Xinhua.

European aerospace company Airbus has teamed up with Shenzhen Municipal Commerce Bureau to add helicopters to the city’s transport system, which would make Shenzhen the first city in China to incorporate choppers into its urban public transport.

In February, Airbus inaugurated its UAM research center in Shenzhen, leveraging local talent in the Greater Bay Area to combine with the Global 500 company’s aerospace expertise and breakthrough technology. According to an Airbus press release from February, the company signed a Memorandum of Understanding with the local commerce bureau for “close collaboration, acceleration, application and industrialization of UAM.”

But what’s this mean for the future of public transit in Shenzhen?

According to Xinhua, a digital platform will be created to give users a “seamless end-to-end transport solution,” combining ground and air transport for the people of Shenzhen.

Eduardo Dominguez Puerta, senior vice president and head of Urban Air Mobility of Airbus, recently told the state-run news agency, “I hope that we can prove together at the end of this year that this is not science fiction, but an existing reality and an option for people in Shenzhen.”

But with such a robust transport system already in place, how can air mobility be integrated?

Charles Kim, an aviation author, flight instructor and aircraft owner based in Guangzhou and Los Angeles, shared with us two obstacles facing urban air mobility, “One is technical. These are things like battery technology, 5G networks and automated control systems within the aircraft. The other is the human aspect, particularly the fear that people have about new and different forms of flying. These are new kinds of flying machines that haven’t existed before, so there will be some percentage of the population that has its reservations. Questions such as safety concerns, noise volume and mechanical problems leading to aircraft crashes stoke a level of fear.”

When it comes to integrating air mobility into the urban transport system, Kim sounds confident that the rooftops dotted around the city could provide a simple solution. “Currently, it’s mostly unused real estate, has a relatively large footprint and is farther away from people, meaning an increased level of safety.”

Depending on who you ask in Shenzhen, some love the prospect of a helicopter ride to work, while others simply deem it unnecessary. One resident in Bao’an district acknowledged the novelty of heli rides from point A to point B, telling us, “I would definitely try that if prices are reasonable.” However, he was quick to note that noise pollution would be a big factor. “We also need to take into account the noise these aircrafts make when flying, which can be deafening when there’s a lot of them. And with that, I don’t think it’s very practical.”

Only time will tell what the future of UAM holds, and believe us when we say, we can’t wait.