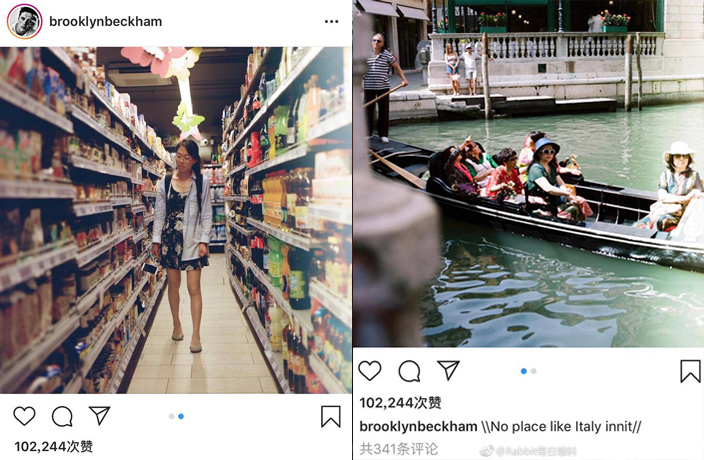 Brooklyn Beckham, eldest son of football superstar David Beckham and Spice Girl Victoria ‘Posh’ Beckham, has landed himself in trouble with Chinese netizens after posting two photos on Instagram that have been deemed racist. The 19-year-old captured the images while vacationing in Venice, according to Daily Mail.

The first of the controversial images shows an Asian woman walking down a supermarket aisle, while the second shows a group of Asian people (ostensibly also tourists) on a canal boat. Both images were posted with the caption “no place like Italy innit,” the last word being popular British slang for ‘do you agree?’

Beckham boasts 11.4 million followers on Instagram and his controversial vacation post was ‘liked’ by over 100,000 people – including his younger brothers and Canadian actor Ryan Reynolds of all people (allegedly).

An aspiring model, Beckham appeared on the cover of Vogue China back in 2016. The same year he was also paid a whopping USD131,000 to star in an advertisement for Chinese smartphone manufacturer Huawei.

Netizens were quick to pounce on Beckham’s post as an example of Asian racism, with one social media user telling him to “never come to China to fish for money again,” presumably a reference to his 2016 Huawei ad,  according to South China Morning Post.

The response to Beckham’s post was decidedly negative on Twitter, with one user writing, “When it comes to Asian racism, no one cares, Brooklyn Beckham is just another spoiled brat, period! Learn to respect other people!” 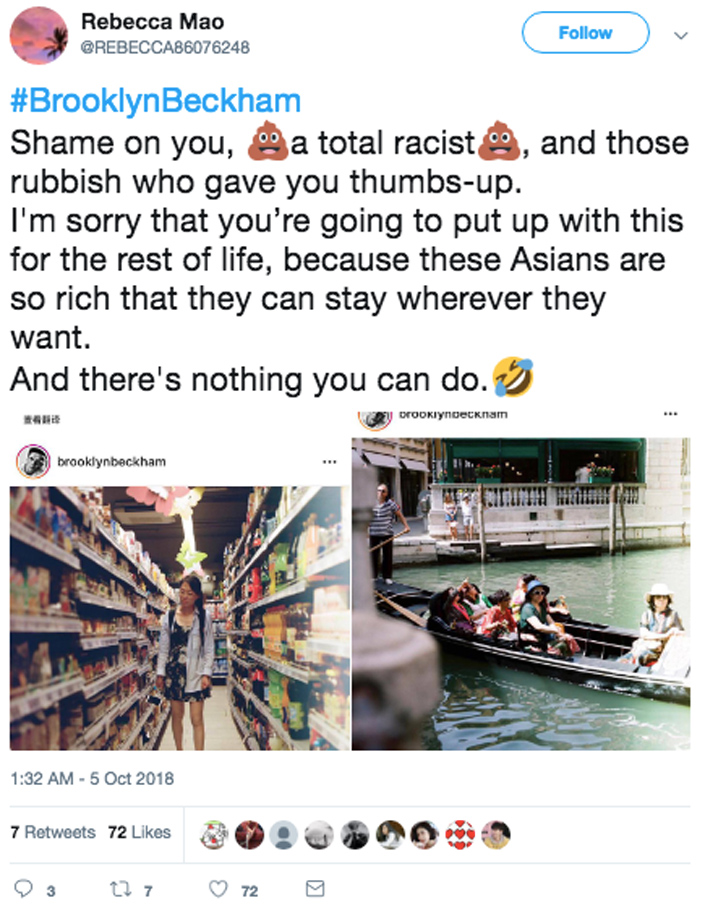 Some urged legal action against Beckham, with one Twitter user calling upon the girl in the supermarket photo to “please sue him.”

Another user wrote, “Shame on you, a total racist, and those rubbish who gave you thumbs-up. I'm sorry that you’re going to put up with this for the rest of life, because these Asians are so rich that they can stay wherever they want. And there's nothing you can do.”

The teenager made his Instagram account private in the aftermath of the controversy. Perhaps a smart idea, Becks, innit?