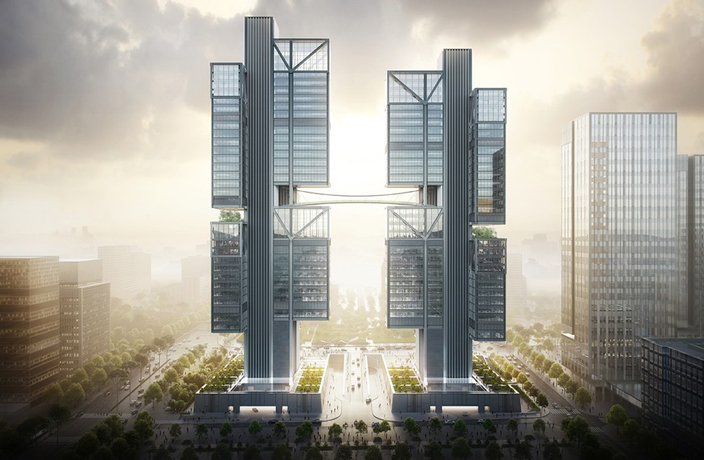 DJI, the world’s largest manufacturer of non-military drones, has a new headquarters under construction in Shenzhen. The new home base for DJI’s 6,000 employees was designed by Foster + Partners, the architectural minds behind Apple’s 'spaceship' campus and Bloomberg's new European headquarters.

Echoing DJI’s nature as a robotics company, the futuristic design looks like something straight out of a sci-fi film.

“As the ‘heart of innovation’ for the company, the new building defies the traditional idea of office space to form a creative community in the sky,” Grant Brooker, Foster + Partners' studio head, stated. “The floors are arranged in floating volumes cantilevered from central cores by large steel megatrusses – creating large, column-free spaces throughout, with unique quadruple-height drone flight testing labs.” 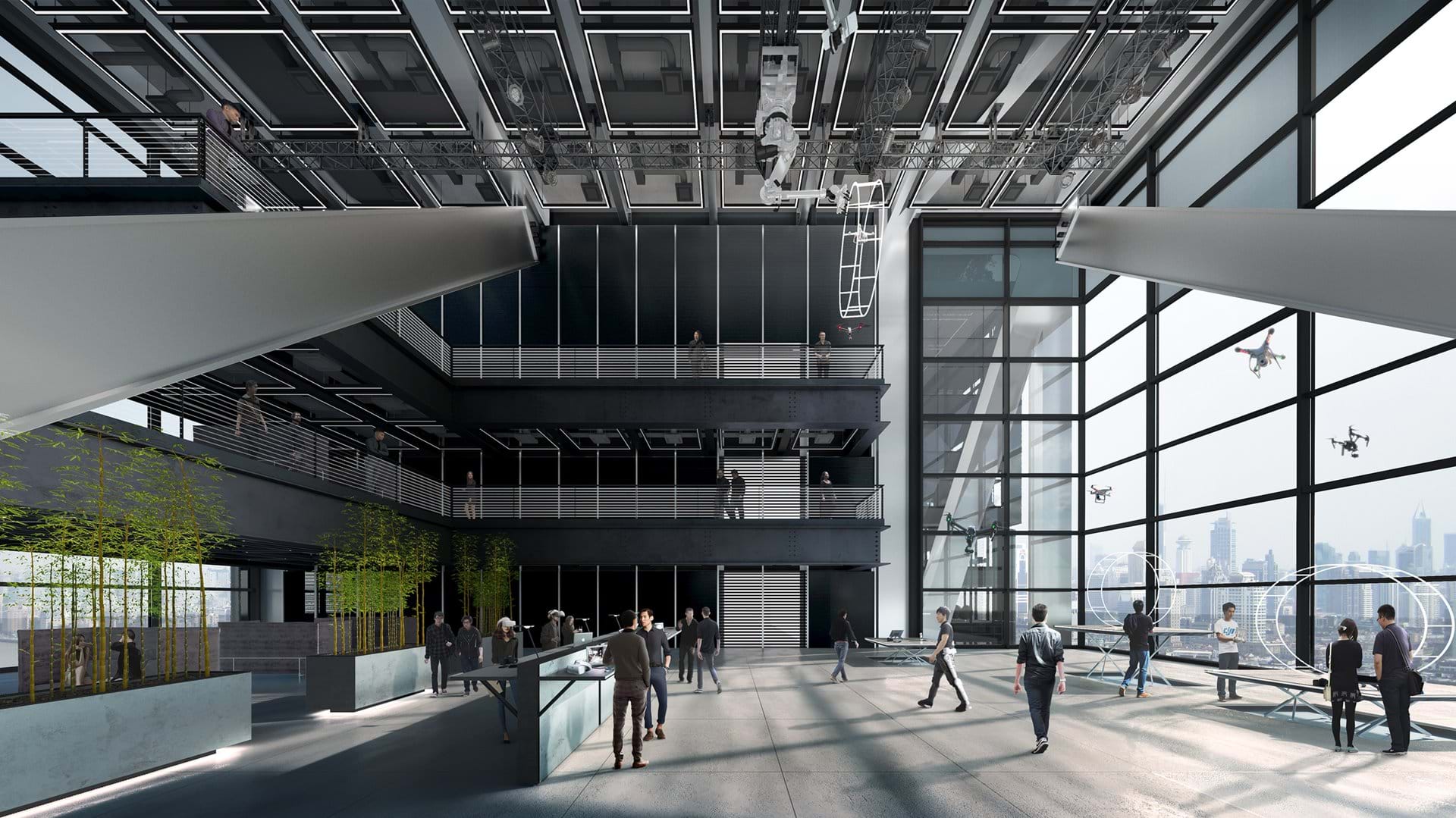 The ground floor of the headquarters will have a public exhibition area, a theater for new product announcements, state-of-the-art gyms for staff and robot fighting rings.

Spanning the two towers will be a beautiful glass bridge, which will apparently have an opening in the bottom for drones to be launched through. Drones will also be able to take off from sky gardens on top of the 'floating volumes.' 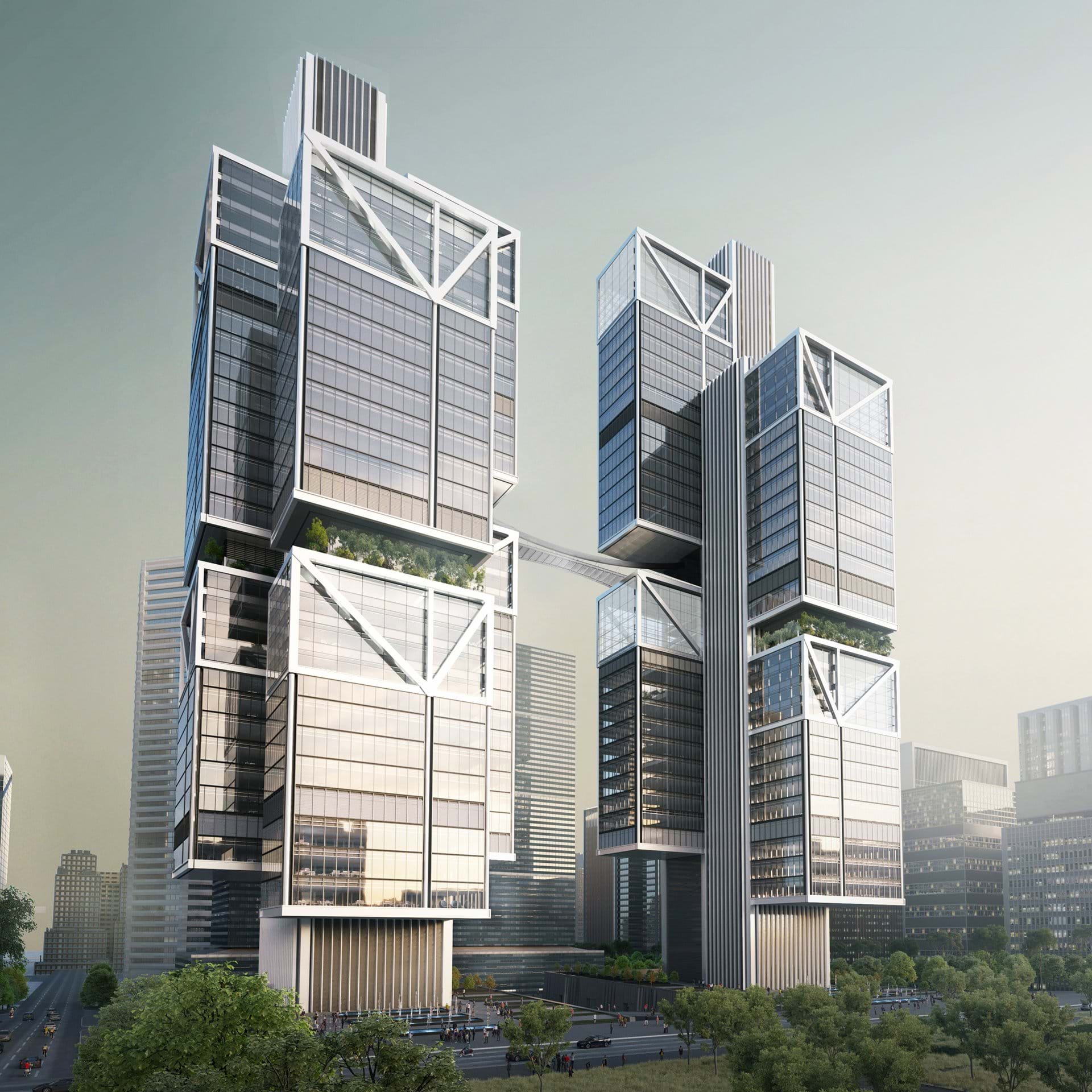 According to CNBC, the drone market is projected to be worth USD17 billion by 2024. Currently, DJI controls 70 percent of global consumer drone market and its sales last year surpassed USD2.9 billion.