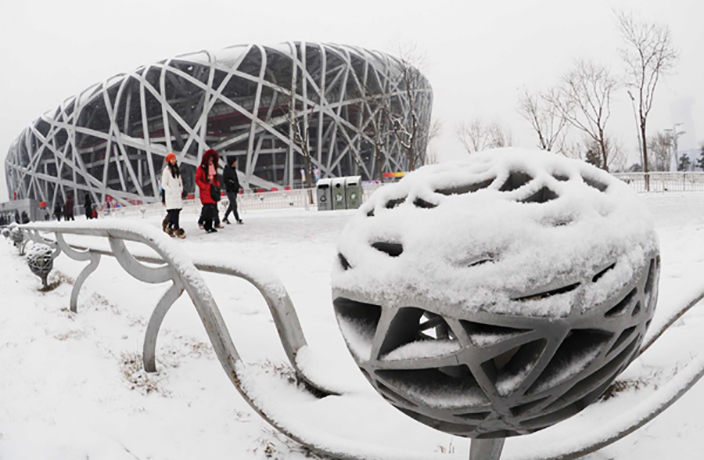 Now that the Winter Games have wrapped up in Pyeongchang, attention is focusing on the 2022 Winter Olympics in Beijing. However, given that Beijing has had an extremely dry and snowless winter, many are wondering if the capital will be able to produce enough snow to host the Games.

The short answer is (apparently) yes.

According to an official from the Beijing Organizing Committee for the 2022 Olympic Winter Games (BOCOG), Beijing will be able to create enough snow for the Games – whether it’s manmade or the real thing, Xinhua reports.

The fact that Beijing and its surrounding areas don't typically produce the amount of snow needed to host the Winter Games isn’t actually a huge concern for organizers. During this year’s Winter Olympics in South Korea, over 98 percent of the snow was manmade.

So perhaps, Beijing has nothing to worry about.

Beijing's urban center will host indoor events such as ice hockey and figure skating and will utilize venues from the 2008 Beijing Summer Olympics. However, because of a lack of mountains and natural snow in the area, the ski events will be held in the mountainous areas of Zhangjiakou in Hebei and Yanqing county in Beijing, both of which will be connected to the city center by new high-speed rail lines.

"We don't have a lot of snow in Beijing's urban area, but luckily, those venues in this area will not be affected because they are for ice events and opening and closing ceremonies," said Chang Yu, the director of the media and communications department of BOCOG.

Yanqing gets an average of 53 millimeters of snow each year and will host five events, including Alpine skiing and the luge. Zhangjiakou sees an annual snowfall of 39 millimeters and will host events such as snowboarding, freestyle and cross country skiing, and ski jumping.

Beijiing was awarded the 2022 Winter Olympics in 2015, becoming the first city to be awarded both the summer and winter games.