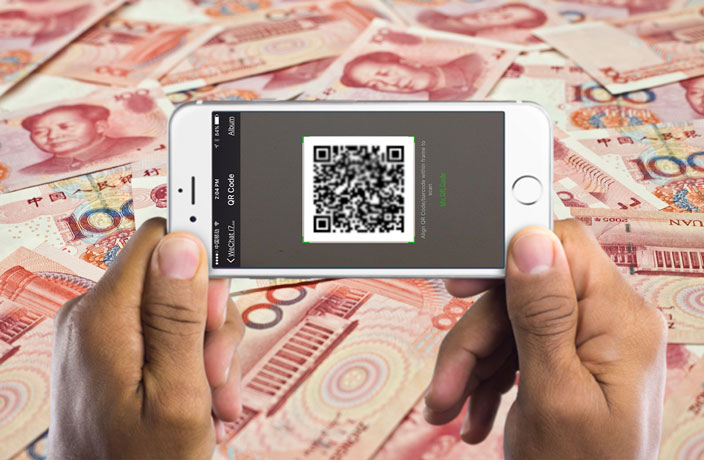 Last week we told you about new trial regulations on QR code payments for mobile payment platforms like WeChat and Alipay that would go into effect on April 1, 2018.

Here's a few more things you need to know about the new rules.

The new trial regulations will set a daily threshold of RMB500 per day for transactions made via static barcodes, i.e. when shops or restaurants display a printed out QR code that customers scan to pay.

However, as state-run media outlet Global Times notes, the new daily payment limit is aimed at sellers, not consumers.

"This will have little impact on consumers," Dong Ximiao, executive president of the Hengfeng Bank Institute, told the GT. "The threshold is specifically for the QR codes of vendors, not for consumers. If you spend more than 500 yuan on dinner, just ask cashier to scan the dynamic QR code on your phone, which is much safer."

2. Higher limits will be available for dynamic codes.

As Caixin notes, the central bank has also set other daily transaction caps for different payment scenarios that will be "based on the security level of the transaction verification method."

With additional security measures* applied, banks and payment platforms that issue dynamic payment barcodes (like the ones on your personal account that change) can raise single-day limits to RMB1,000 or RMB5,000. And in situations with even higher security checks used, banks and payment institutions can set new caps for dynamic barcodes independently.

All in all, four different payment limits will be set (Categories A, B, C and D). Here's a rough translation of the requirements for the first three (all for dynamic codes) via the PBC: 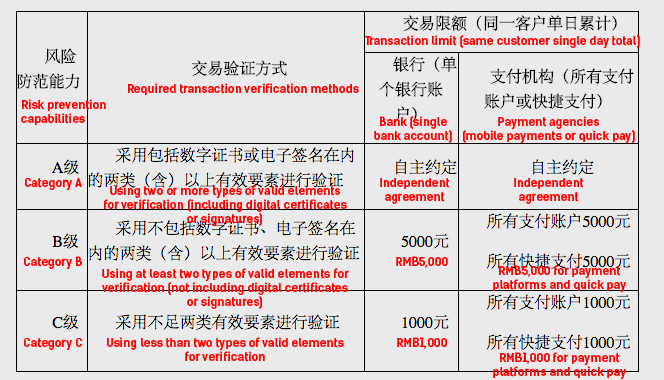 Category D applies to static QR codes only and will be capped at RMB500 across the board no matter what payment method you use.

* Including verification via digital certificates, electronic signatures and other unspecified "valid" means. For more, read the full details from the PBC in Chinese here.

3. Payment providers and merchants accepting QR code payments will be required to obtain approval under the new rules.

The central bank will require all non-banking payment service providers to obtain permits from either the People's Bank of China (PBC) or other legally-allowed clearing houses in order to offer QR code payments. "All transactions made via code scanning by banks and non-bank institutions will have to be settled through a qualified clearing system under the oversight of the central bank," Caixin reports. The providers are being told to "abide by the real-name registration system for sellers and improve management of risks arising from transactions," according to the GT.

Under the new rules, merchants accepting QR code payments will also be required to apply and obtain regulator approval to do so.

4. The regulations will advise more technical specifications for QR codes in order to improve security.

The tech specs are aimed at preventing private data leaks, hacks, malicious viruses, theft/fraudulent transactions and other fake QR code scams, which have recently been on the rise as China rapidly moves towards becoming a cashless society. In 2016, mobile payment transcactions in China totaled RMB650 billion, while recent data suggest the country has at least 520 million mobile payment users.

More broadly, the new regulations aim to establish uniform business and technical standards for QR codes, which the PBC notes the industry is currently lacking. In doing so, they also hope to combat unfair market competition. But as The Verge notes, the regulations largely mandate the industry to self-regulate.

"We agree with the central bank's regulation of QR codes and we are studying the document," Alipay told the GT.

You can read the full details on the PBC's new QR code regulations here, here and here (in Chinese only). 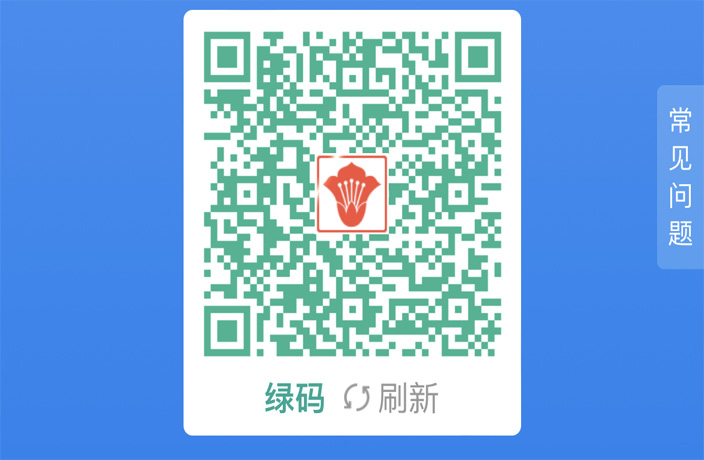 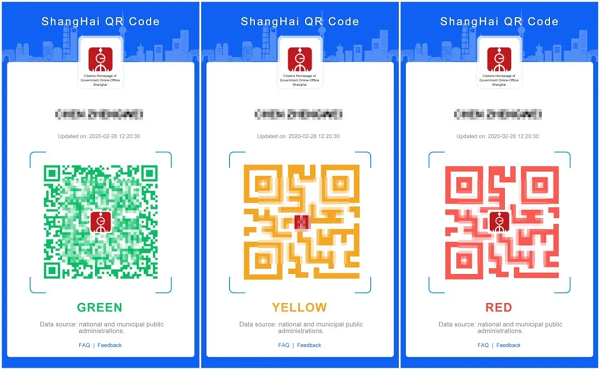