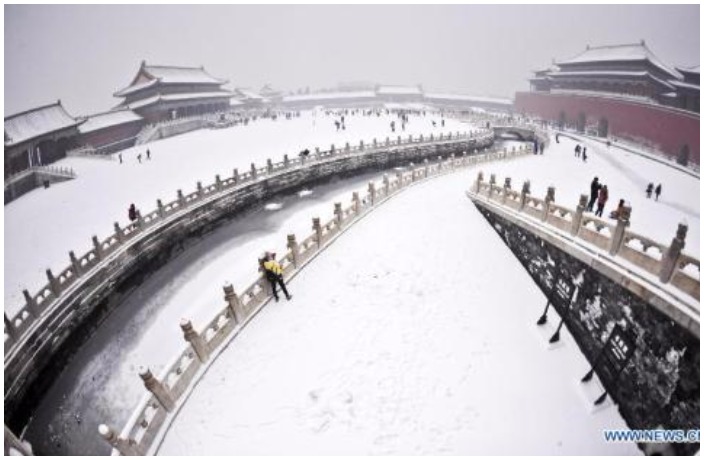 Normally, Beijing's lack of snow would be something of a blessing, but with the announcement that the 2022 Winter Olympics will be hosted in the nation's capital, the pressure is on to transform Beijing into a winter wonderland.

CBC reports that the Beijing Organizing Committee has formed a "snow affairs work team" dedicated to finding solutions to the snow problem. The committee invited experts from Finland, Canada and other nations to help out.

These highly specific professionals are to "expedite research on key technologies for making and preserving snow, and start to formulate a work plan to ensure suitable snow resources," according to the official "2017 Beijing Fact File" produced by the city government.

The committee formed at the perfect time as Beijing Vice Mayor Zhang Jiandong announced last Thursday that all venues and transport links for the games would be completed by the end of 2019, allowing Beijing to begin staging test events the following year.

Beijing's urban center will host indoor events such as ice hockey and figure skating and will utilize venues from the 2008 Beijing Summer Olympics. However, because of a lack of mountains and natural snow, the ski events will be held in Chongli as well as in Beijing's rural Yanqing county, both of which will be connected to the city center by the new high-speed rail lines.

Beijiing was awarded the 2022 Winter Olymics in 2015, becoming the first city to be awarded both the summer and winter games.