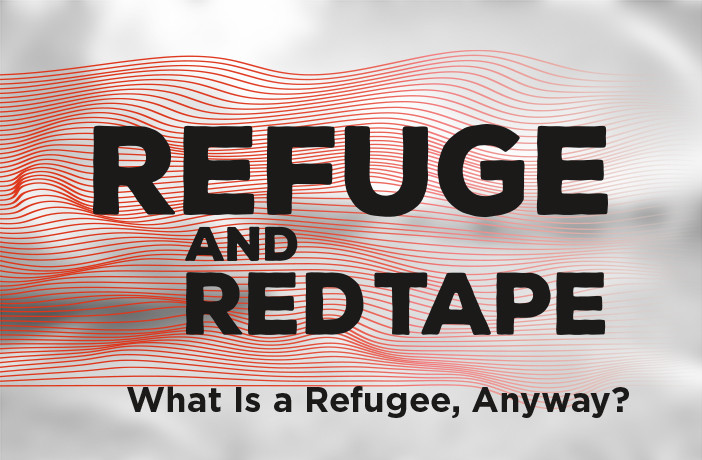 As China's role on the international stage grows, so does its importance to the global refugee crisis. For this month's cover story we examine China's stance towards refugees, look at facts and figures of the global refugee crisis in relation to China and feature a first-hand account of seeking asylum in Beijing. In Part II of this three-part series, we include key information about the crisis and how it relates to China.

What Is a Refugee, Anyway? 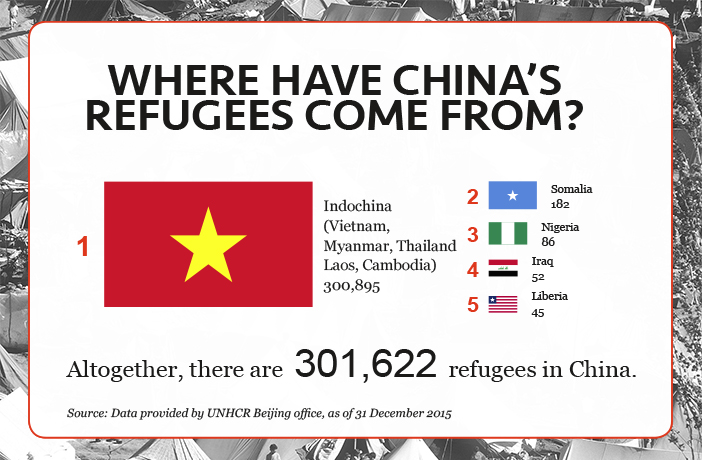 Where Have China's Refugees Come From?

*Source: Data provided by UNHCR Beijing office, as of 31 December 2015

Someone fleeing armed conflict or persecution across an international border because it is too dangerous to stay home.

Someone who chooses to move, not because of a direct threat of persecution or death; unlike refugees, if migrants choose to return home, they will continue to receive the protection of their government.

Someone who has left his or her country of origin and formally applied for asylum in another country.

Someone who is forced to flee his or her home but who remains within his or her country’s borders.

Someone who is not a national of any country.

The Office of the United Nations High Commissioner for Refugees, otherwise known as the UN Refugee Agency; a UN program mandated to protect and support refugees at the request of a government or the UN itself; assists in refugees’ voluntary repatriation, local integration or resettlement to a third country.

An enactment that broadens the 1951 Convention by removing its geographical and time limits. 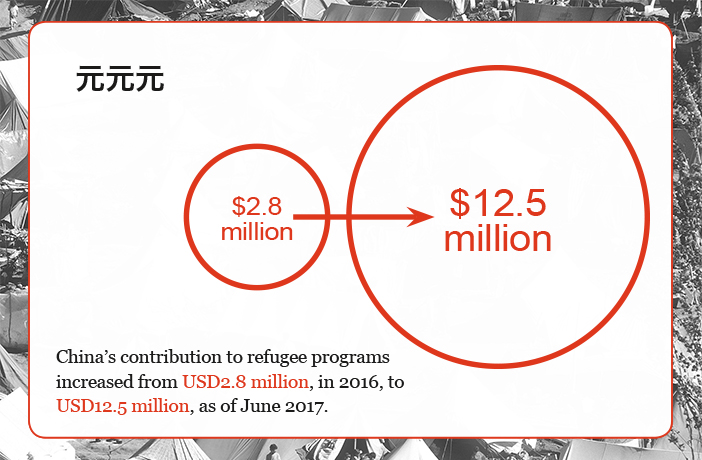 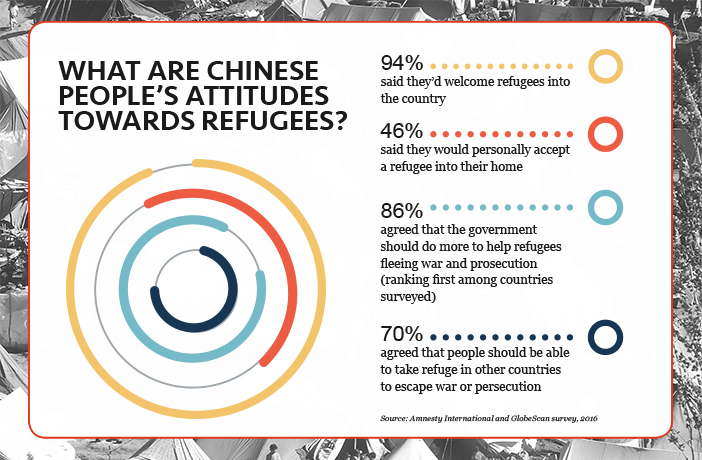 What Are Chinese People's Attitudes Towards Refugees?

said they would personally accept a refugee into their home

260,000 Indochinese refugees settle in China, the last time that the Chinese government accepted such a large number of refugees

China provides resettlement opportunities for 2,500 Lao and Cambodian refugees from camps in Thailand

China enacts its 2012 Exit-Entry Administration Law. It replaces two former exit-and-entry laws and includes provisions that the country may grant asylum to foreigners who request it for political reasons

China’s new Exit-Entry Law comes into force, allowing refugees to stay in China after obtaining an ID card from public security authorities; asylum seekers are also allowed to use a temporary card to stay while their refugee status is under examination

Letter of Intent signed with the Chinese Ministry of Civil Affairs regarding disaster reduction, preparedness and emergency response aims to guard against internal displacement

The Chinese Government offers food and medical supplies to an estimated 50,000 Kokang civilians pouring into Southwest China after fighting erupts between the Myanmese Army and Kokang rebels

Read Part I: China's Growing Role in the Global Refugee Crisis and Part III: I'm an Asylum Seeker Living in Beijing. Here's What My Life Is Like of our three-part series on China's stance towards refugees.

Part I of a three-part series concerning China's role in the global refugee crisis.