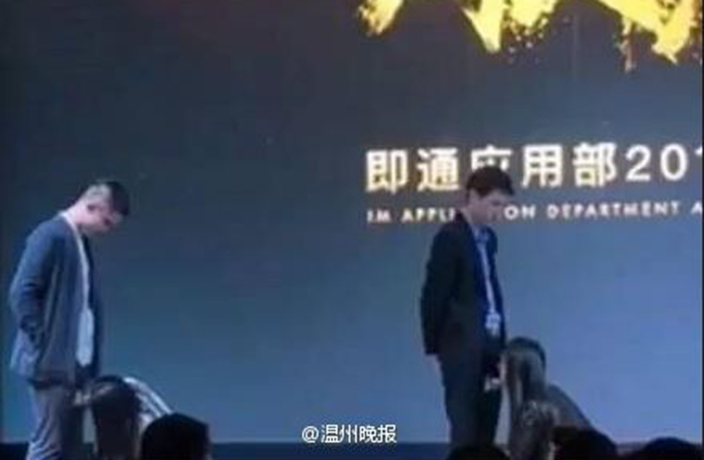 Images circulating online showed the kneeling women participating in a sexually graphic game where they had to pry open water bottles tucked between male coworkers’ legs using nothing more than their mouths. The humiliating game allegedly happened at the annual banquet for the company's instant messaging department.

The incident sparked outrage, prompting many to comment on the difficulties women face in China's technology industry.

Tencent, which is probably best known for its WeChat platform, issued an apology statement last week condeming the inappropriate challenge and stating that such an incident would never happen again. They noted that the organizers of the game had received demerits on their record.