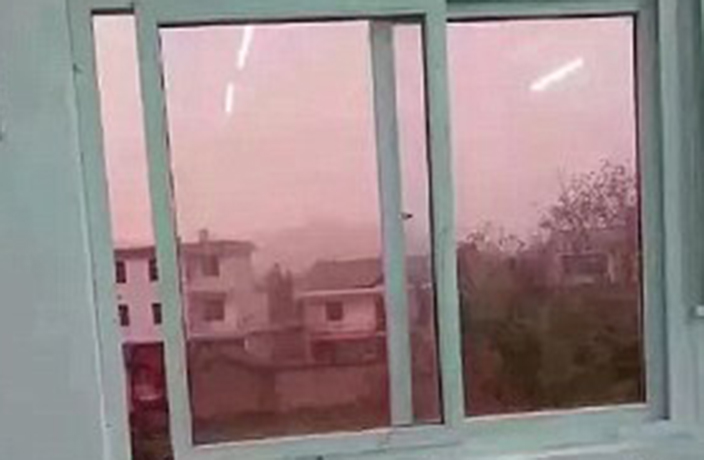 Residents of Dexing in Jiangxi province woke up to a rather eerie pink sky on January 6. The photos have gone viral online. 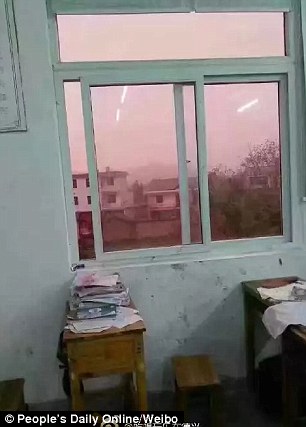 Local authorities claimed it to be "natural phenomenon" as light passes through thick clouds. One official from the Dexing Environmental Protection Bureau said that due to smog and thicker clouds, light had to travel through more air which caused the deflection of the colors of green, violet and blue to be unseen to people's eyes.

“There are two factories near where the photos were taken, and one manufactures plastic containers, the other produces sulfuric acid," the unnamed official was quoted as saying to local media. "Neither generates any waste that can cause the sky to turn pink.” 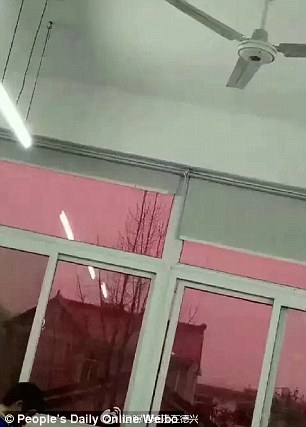 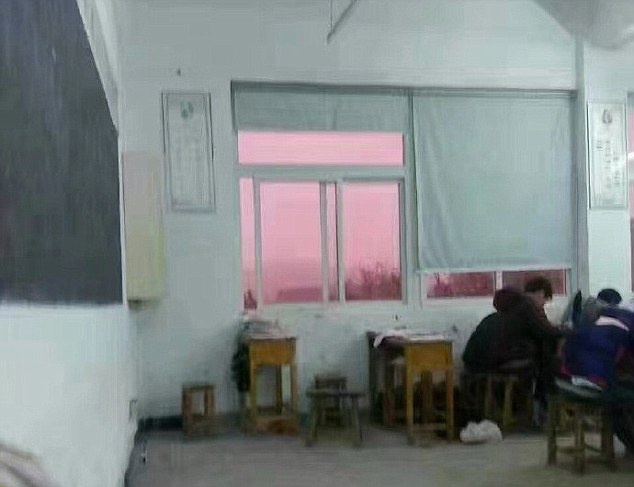 But many of Dexing's 300,000 residents believe that the unexpected color change was caused by heavy air pollution.

Further investigation will be needed to solve the mystery of Dexing's pink skies.

Scarily enough, they're not exactly uncommon in China. Photos from Nanning in Guangxi were circulating online this week showing an eerily similar hue: 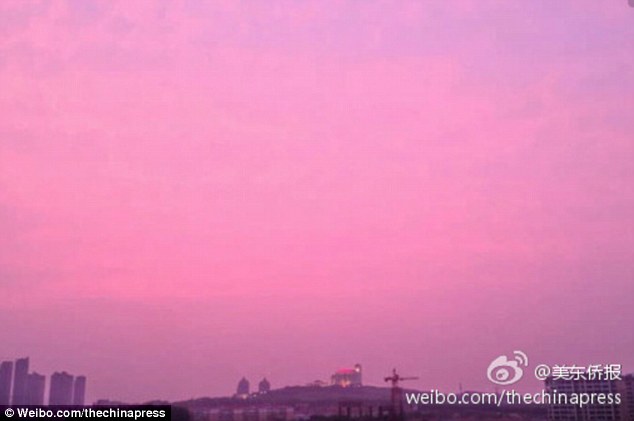 And back in 2015, Nanjing residents got to see the world through rose-colored smog. At that time, officials claimed it was a result of the sunset glowing through the smog, and not dangerous combination of pollutants. 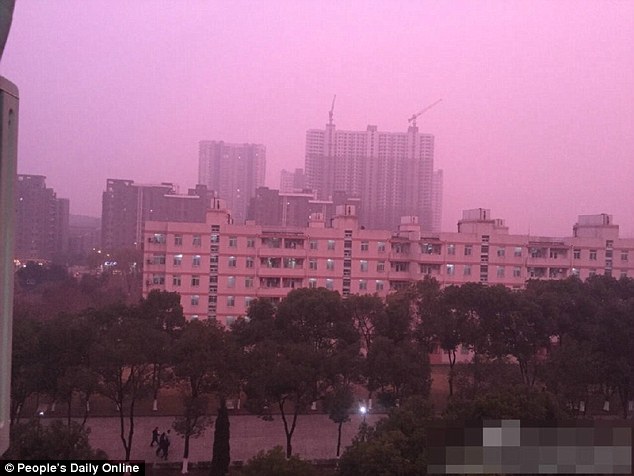 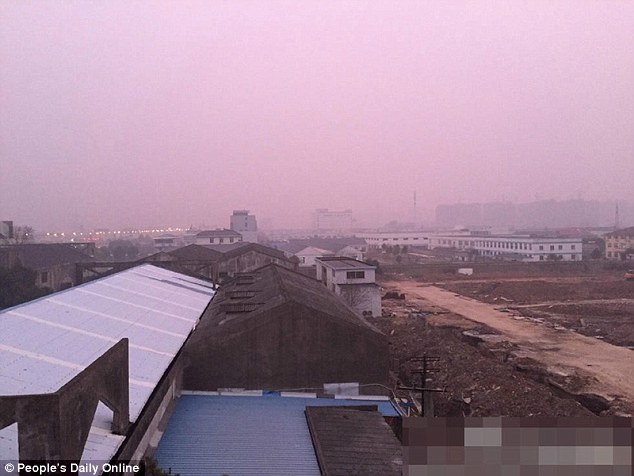 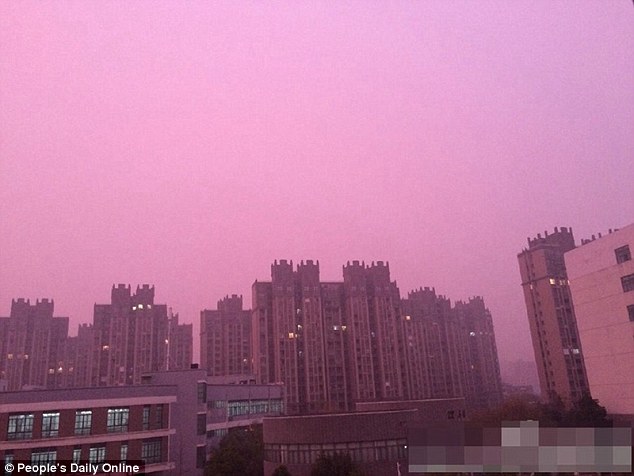