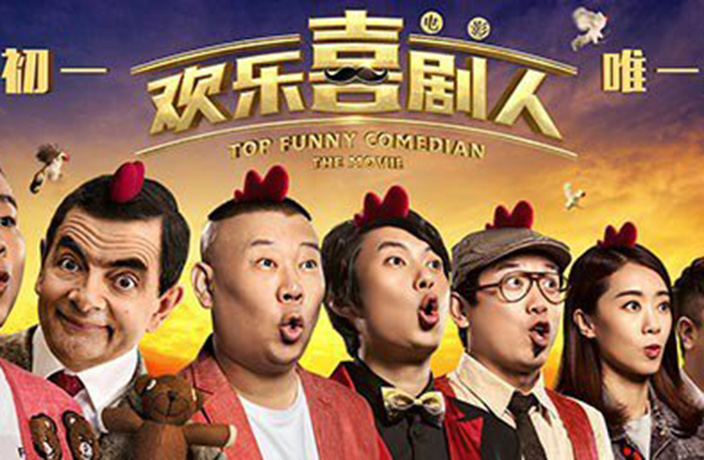 Rowan Atkinson, the the star of such beloved classics as Mr. Bean and the Blackadder series, is set to star in his first Chinese film early next year.

Atkinson's signature Mr. Bean character will appear in Top Funny Comedian: The Movie, the film adapation of a wildly popular reality television show on Chinese comedians. The movie will be released on the first day of Spring Festival (January 28).

Guo Degang, an actor who also appears in the film but doesn't speak much English, said that he and Atkinson mainly communicated through body language on set.

“Just with facial expressions and gestures we seemed to understand each other,” he said at a recent press conference. “It was really an interesting experience, which proves that comedy can cross boundaries.”

Previously, Mr. Bean headed over to Shanghai to make a cameo appearance in a Chinese TV commercial back in 2014. Maybe he can swing down to Guangzhou after the film's premiere and check out his sad wax figure...