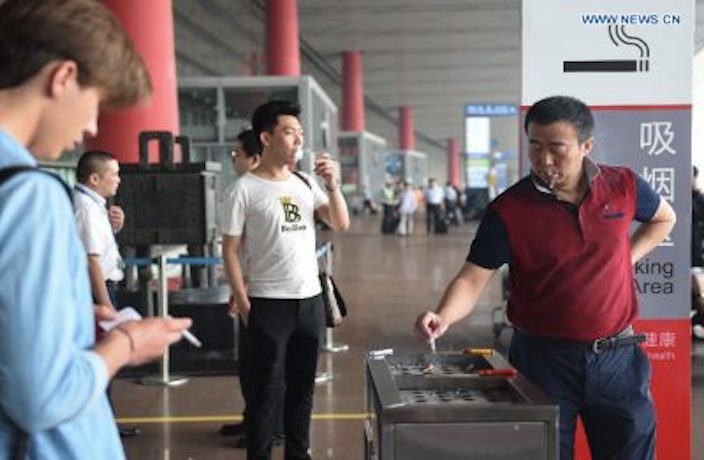 The Municipal People’s Congress passed an amendment on Friday that will ban smoking in public places. The ban will officially go into effect in March 2017.

This will make Shanghai the second city to ban smoking in public places after Beijing implemented similar legislation last year.

This announcement follows the news that smoking has now been banned at Shanghai Airports. The tighter rulings have been in discussion since earlier this year.

READ MORE: Smoking Bans Coming To Shanghai, And Everyone Can Report Violators

People in management positions failing to uphold the amended law in spaces where smoking is prohibited will be fined up to RMB30,000 and individual offending smokers can expect fines of up to RMB200.

The ban will affect all indoor public areas including the workplace, public transportation, certain outdoor areas, youth-designated spaces (such as playgrounds) and obstetric hospitals.

The rationale behind the law is to protect the general public from the dangers of second hand smoke.

According to the Chinese Association of Tobacco Control the country has 316 million smokers and 740 million people who suffer from the negative effects of second hand smoke.

Experts are predicting that the smoking ban will expand nationwide by the end of 2016, which the World Health Organization (WHO) urged China to issue earlier this year.

“We are delighted that with the adoption of this new law, Shanghai will be protecting non smokers from the deadly harm of second hand smoke. We look forward to Shanghai’s continuous effort to fully implement and enforce the 100 percent indoor smoking ban without exceptions."

“This is a huge step forward for the health of Shanghai’s more than 20 million residents: Deaths caused by involuntary exposure to secondhand smoke are entirely preventable and from a public health perspective - simply unacceptable."

[Image via The Nanfang]