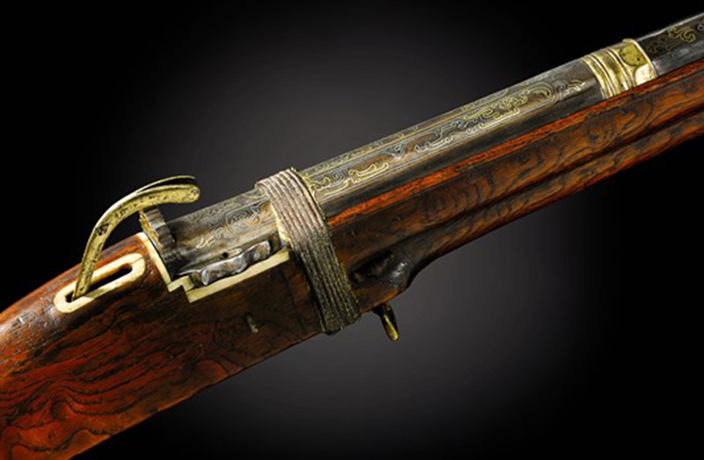 The musket is made of high-quality elm, cast iron, gold and silver and is marked with a “Supreme Grade, Number One” grading, which is has not been seen on any other gun made at the imperial workshop. The musket is intricately decorated, with scrolling foliage and gold-leaf curling around the barrel. 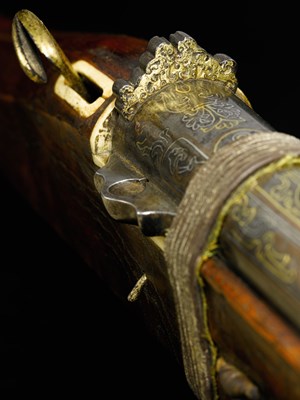 "This gun ranks as one of the most significant Chinese treasures ever to come to auction. [The auction's] result will be remembered alongside landmark sales of other extraordinary objects that epitomize the pinnacle of imperial craftsmanship during the Qing dynasty," said Robert Bradlow, senior director of Chinese Works of Art at Sotheby's London.

The Qianlong emperor was an avid hunter during his lifetime. He viewed hunting as a way to retain his Manchu heritage and as a diplomatic activity by which he could build closer relationships with princes and rulers of the neighboring Mongolian tribes, who often joined him in his hunts. The emperor was also an expert on muskets and wrote extensively about them during his lifetime. At the age of 88, he wrote a poem about this musket in particular, describing its accuracy and efficacy. A portion of the poem reads, “What’s to stop me, now so carefree / To try for the one I might choose? / Aiming my musket just once / With a smack on target it fell.”

The historic musket was expected to sell for roughly USD1.99 million. The price, however, rose substantially during a 10-minute bidding war. In the end it was sold to a private Asia-based collector.