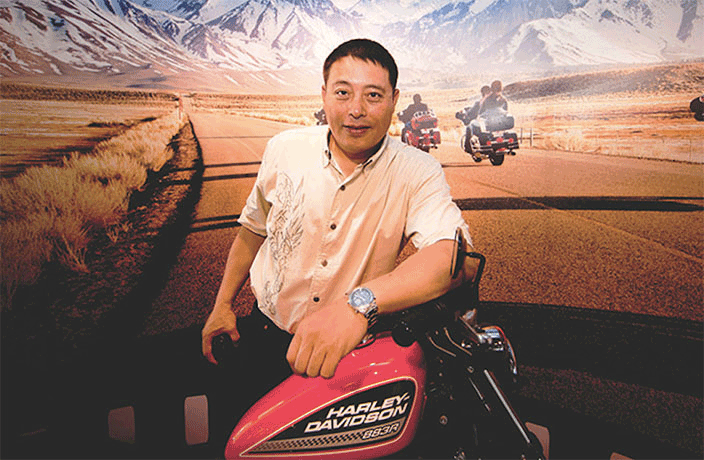 Hollis Zhao is the man who brought iconic American motorcycle Harley-Davidson to the Middle Kingdom. Here the burley bike enthusiast talks about Harley’s hurdles, his wild side and selling big, big toys to big, big boys.

How did you get into the motorcycle business?
I used to work in the computer software industry, but I’m crazy about motorcycles. I bought more than ten from Beijing Hot Wheels over the years, and ended up meeting the boss. By 2004, I was managing the company.

What attracted you to Harley-Davidson, of all motorcycle brands?
Businessmen are always after the most profitable business. Harley-Davidson is no doubt the best one for China because it suits the local market even better than BMW. In addition to motorcycles, it also has merchandise, customizable options and great service. It also has higher profit margins.

Where are most Harleys sold in China?
Almost 80% of all our motorcycles are sold in Beijing and Shanghai. Beijing sells more than Shanghai.

Why is that?
Beijing has less regulation. Registering a motorcycle in Beijing costs RMB20,000, while a Shanghai license plate costs RMB70,000. If motorcycles were easier to register in Shanghai, of course we would sell more here. It’s also very inconvenient that we can’t ride on the elevated highways, the Bund and many main roads.

Is government regulation a way to ban leisure riding?
I’m kind of intense when I answer this question, because seriously I detest the issue. The government - or anyone – has no right to interfere with the mode of transportation I choose. This tramples on human rights. What makes them think cars are safer than motorcycles? We even had to fight the government to issue Harley-Davidson license plates. At first they didn’t allow Harley-Davidson to be registered. They didn’t even understand the law, which later affirmed Harleys are legal. We sued them and won.

How easy is it for Harley-Davidson to influence government regulation?
It is very difficult. There are only a few hundred Harley-Davidson owners, and for many, their Harley is just a toy. But what about citizens who can only afford motorbikes and not cars? They are deprived of this basic right. It’s really sad when some politicians transfer their unsuccessful management into people’s lives. If they think motorcycles are potentially dangerous, they should better supervise them instead of forbidding them.

So who buys Harleys in China?
First of all, rich people. I can’t say exact numbers, but sales are growing higher and higher. Most owners are 40-year-old men who definitely have a spare half to one million to buy a toy for themselves.

How does HD spread local brand awareness?
We invite potential customers here from some luxury car clubs, and also offer test rides. In fact, a lot of rich people in their 40s or 50s, especially in Shanghai, were already riding basic motorcycles when they made their fortunes, so they have that motorcycle complex. This is very important for us. After riding in cars for a few years, they have the urge to free themselves from the confines of the car.

That’s why I often say, apart from the mature and wise side of each successful man and woman, there must be a wild side as well. They need a certain channel to release this ‘other side,’ and what could possibly be better than a Harley? When you change out of your business suit and dress up in a wild way and rev your engine so loud it’s heard from blocks away, it’s such a huge release. It’s a way of saying, “Here I am! Look at me!”

Do all members of Harley-Davison Owners’ Group (HOG) share that passion?
HOG is based on ownership, not just on someone’s enthusiasm for Harley-Davidson. Beijing and Shanghai each has an official HOG. Here we often do group rides around Jiangsu and Zhejiang provinces.

When you guys drive out to rural areas, what do people think?
Do you think we care about what people think of us?

Guess not…
Many people tell us that we look super cool, plus riding a Harley is the best way to meet pretty girls… just kidding!

So what does a Harley truly represent?
Harley-Davidson represents freedom, adventure and a new lifestyle. Do those things only belong to Americans? No, they are the pursuits of all human beings. When my friends say Harley-Davidson represents American culture, I say “No, it represents the culture of every human being.” It’s just that Americans have achieved this dream before others, and society and government is supportive of them.

Do any local politicians own Harleys?
They don’t dare to. To be honest, our circle looks down upon those who rely on guanxi. We’re very proud that we are the ones who changed our lives and that we don’t have to rely on anyone or any guanxi to live in Shanghai. This is something we have in common, and this is also the Harley Spirit. Independence, right?

Right on. So what’s your dream ride in China?
My dream has already come true. I’ve been to Tibet and Xinjiang more than once, starting from Beijing and driving 30 days or so. It’s very beautiful over there. I rode over 40,000 miles in the US as well on a rented Harley-Davidson.

Do police ever pull you over?
A policeman stopped me once, then gave a salute and said “Sorry, I just wanted to see your motorcycle.” 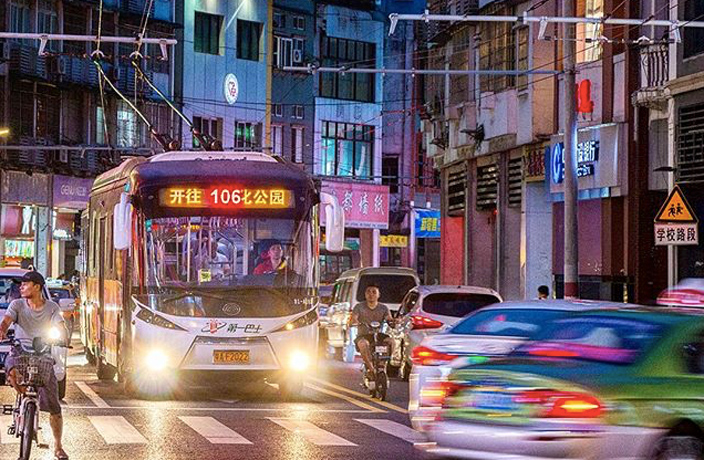 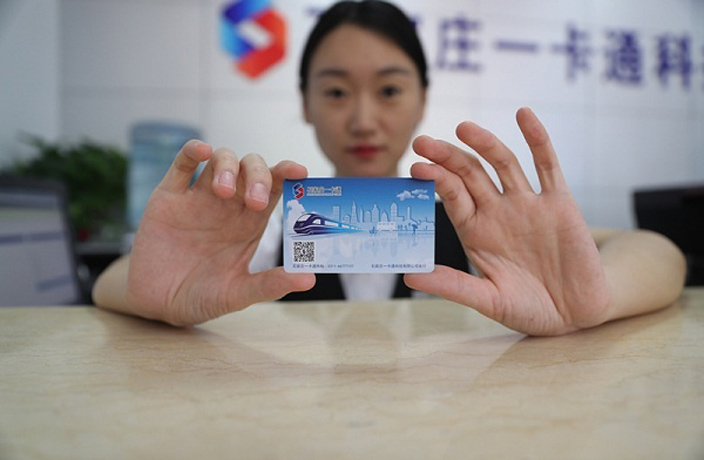 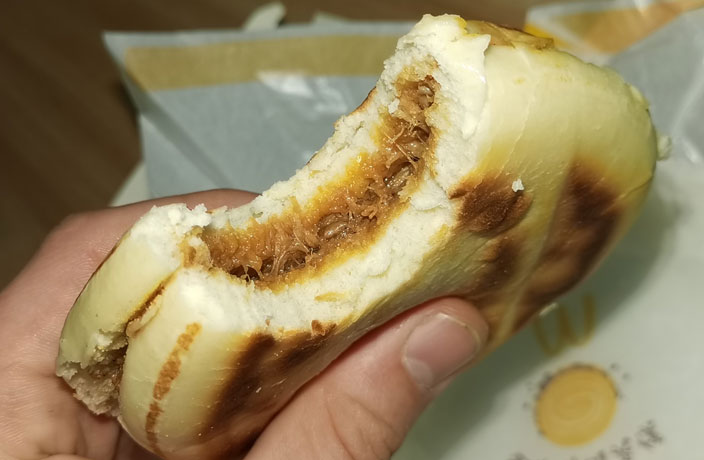