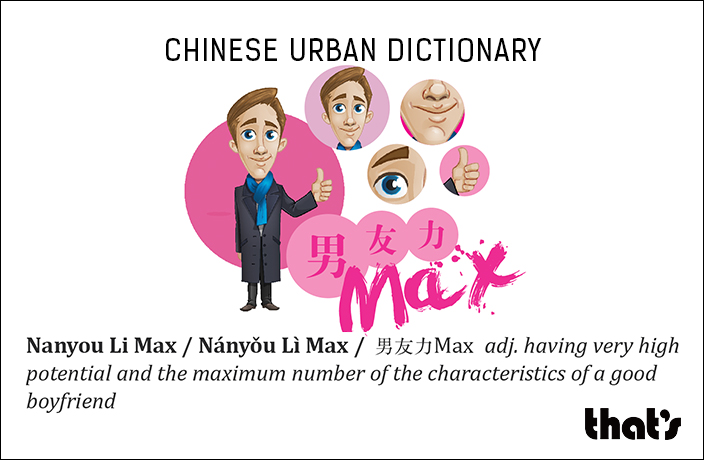 Nanyou Li Max / Nányǒu Lì Max /  男友力Max  adj. having very high potential and the maximum number of the characteristics of a good boyfriend

A: When I got home from the work party last night, my boss sent me a message asking me if I got home okay.

A: Yes but he is married.

B: Damn all the good ones are taken.

There is a scale in every single girl’s heart. It’s delicate and constantly tipped one way or another by the smallest things boys do or say. He holds the door for her and it tips a bit in his favor; he makes a casual remark about how women can’t be presidents and it tips violently off the chart.

A girl, single or not, believes that she can judge whether a boy will be a good or bad boyfriend from the littlest things that he does or says. Girls are instinctively tuned to pay attention to such details. Does he hold most of the umbrella over you in the rain? Does he let you walk on the inside on the sidewalk? Does he warn you before you are about to touch a bowl of hot soup?

If he infallibly does all of the above, then congratulations, he is nanyouli max, or ‘boyfriend power max.’ It is one of those rare occasions when a boy constantly passes such small tests, which indicates so much (maximum) boyfriend potential that it unleashes a girl’s entire elaborate fantasy of having the perfect boyfriend.

Some of the things that might tip the scale to nanyouli max seem a little bizarre, whimpy even, such as: always arriving for dates half-an-hour early in case she needs directions, always replying to text messages (and texting her good night), picking up things she drops by accident because she can’t bend over in a skirt, always having band-aids in his pocket for when her heels get blistered, and always extending half of his scarf to warm her neck.

If a boy does all that without slipping up, he is going to tip the scale in a girl’s heart all the way to the max with all that boyfriend power. If you do none of it, however, you’re nanyouli min. 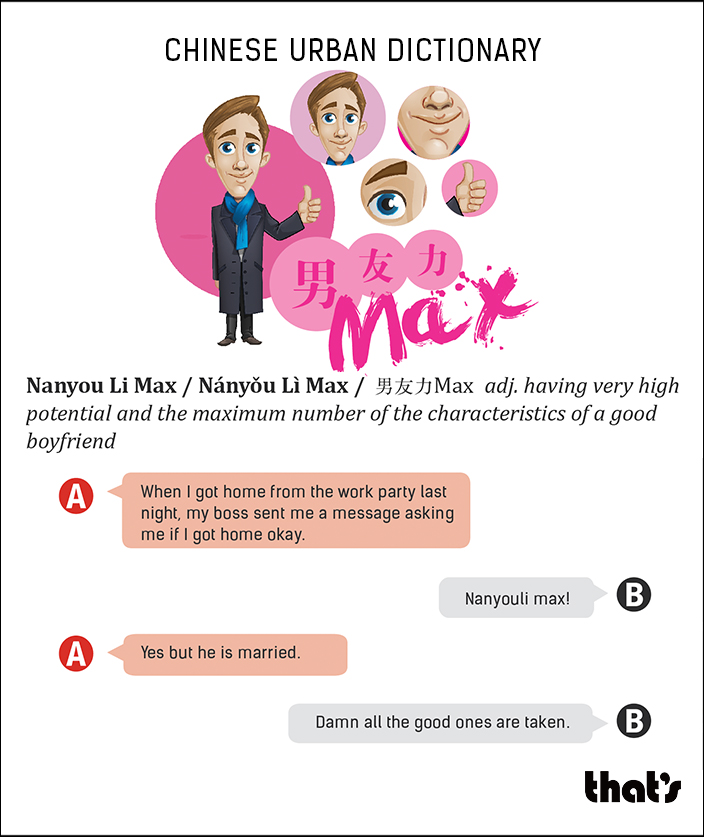