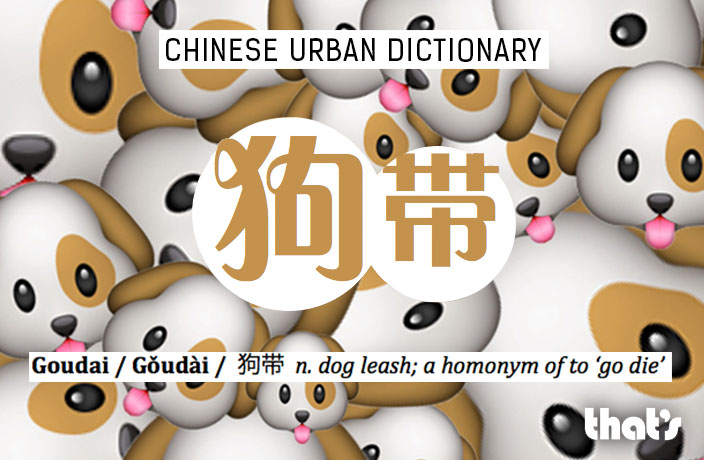 B: It looks very nice.

A: How much did yours cost?

B: A hundred yuan. It’s from Taobao. I goudai.

Goudai, meaning ‘dog leash’ in Chinese, has nothing to do with dogs. It is simpler than that. It was invented in a botched attempt to freestyle rap by a popular Chinese pop star and simply means what it sounds like in English: ‘go die.’

Huang Zitao, a 22-year-old Qingdao native, was signed by a major South Korean entertainment company in 2010. After moving to the land of K-pop to join a boy band, Huang dyed his hair a series of colors (from ash blonde to copper red), learned how to break dance, practiced jumping really high and studied Kungfu. You know, the usual.

Five years later, Huang – now called ‘Tao’ – realized he was way more popular in China than The Republic of Korea. So, he ended his contract and returned to the Mainland as a popping and locking, freestyle-rapping international hip-pop star.

However, his kickass kungfu and nunchaku skills did not reflect similar rap ability. When asked to freestyle rap at a concert in China, Tao scrambled and failed to produce any rhymes. Fans started booing and the star became defensive. To the beat, he spat out a rhyme: “This is my life. I won’t easily goudai.”  Tao’s total lack of rhythm or rapping skills stunned millions of fans in the arena, as an uncomfortable silence rose like smoke from the ashes of Tao’s star status. The moment was later described as having “struck everyone with the cancer of awkwardness.”

As Tao’s reputation as a rapper died, goudai was born, with the meaning of what fans wished he would do – to ‘go die.’ It’s often used in a self-deprecating way, meaning ‘to retreat’ when one doesn’t feel up a task: “I choose to goudai” (signaling self-awareness). Or it is used to describe someone who doesn’t have the skills for – but is strangely confident about – something: “Why don’t you goudai?” (signaling hubris).

Despite the hiccup, Tao the hip-pop legend managed to retain most of his fans. He has released three records and played a part in a major feature film just last year. The moral of the story is: either refrain from boasting about skills you don’t have, or, any setback can be survived if you have a good plastic surgeon. You decide. 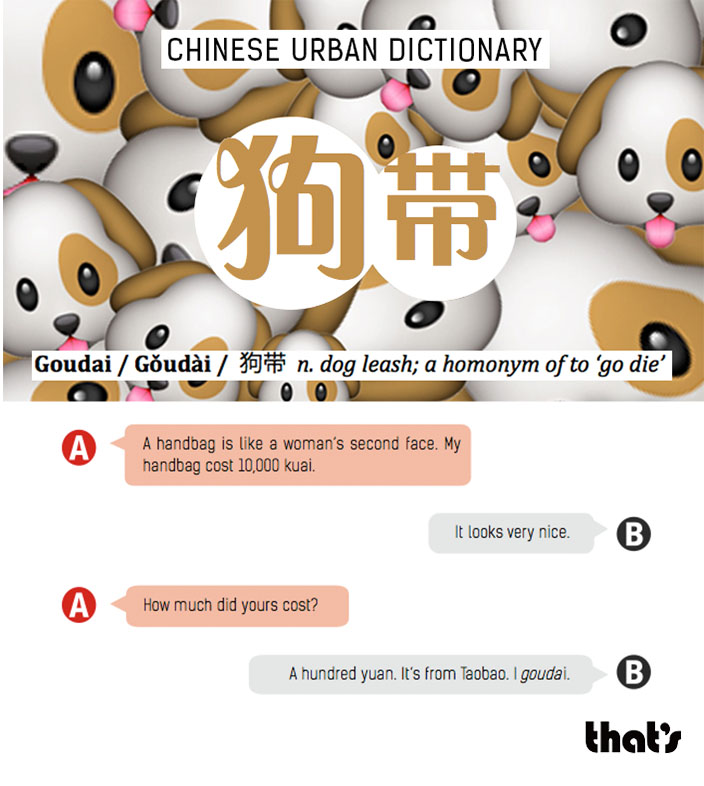 By day, Mia Li is a news reporter in Beijing; at night, she tries to turn that news into standup comedy. Click here for more Chinese Urban Dictionary.