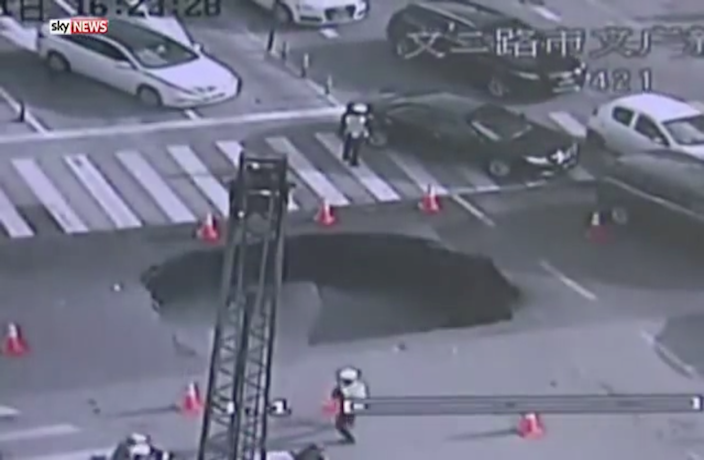 You might have noticed that China has a sinkhole problem. The ground just keeps opening up and swallowing innocent commuters, cars or entire buildings.

A refreshing and rare sight it was, then, to see a public official exercising foresight and competence, preventing the vengeful soil from gobbling up more vehicles, in a video that has recently gone viral online.

On April 21 in Hangzhou, traffic officer Li Weiqi was patrolling a busy and wide intersection when he noticed some odd cracks forming on the road. After looking puzzled for a moment, he ran to grab cones to block off the area. Li waved away vehicles as cars drove around the blocked off spot. Meanwhile, the cracks continued to grow.

Suddenly, a chunk of ground collapsed, opening a large sinkhole. The area was large enough to have swallowed more than one of the nearby cars.

As most things these days (it seems), this was all caught on camera. Here it is (VPN off):

Li said that right before the incident happened, he was trying to divert an especially insistent driver who wanted to cut through the coned-off section. The driver kept asking Li what laws he was breaking, until at that very moment the earth crumpled before them. The driver later thanked Li for saving his life. 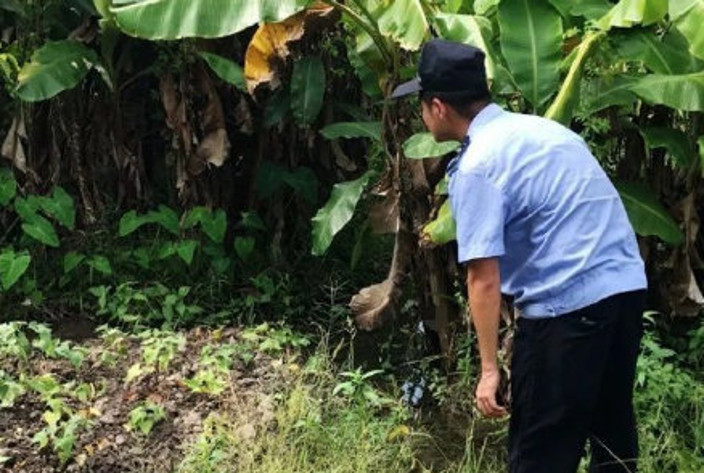