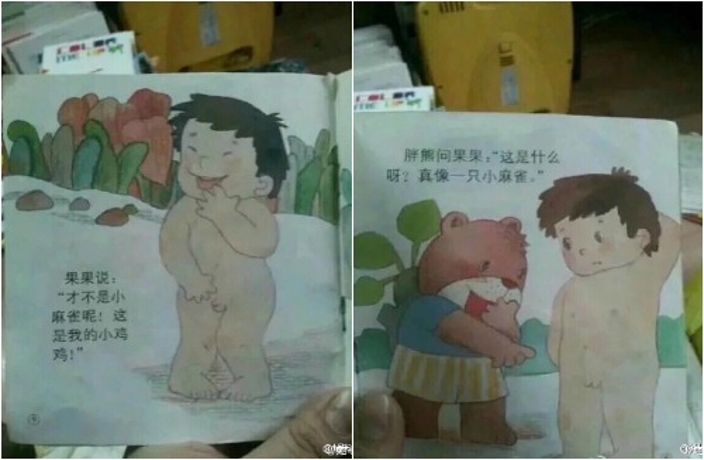 A children’s Sex Ed book depicting a small boy named Guo Guo frolicking around naked has received all sorts of awkward attention this past week after netizens mocked images of the book online.

The story book, which has been partially translated by What’s On Weibo, has gone viral on Weibo, having been shared over 18,000 times. 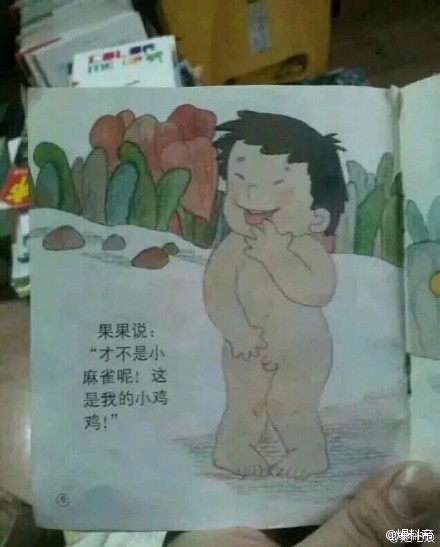 “Guo Guo says: ‘This is not a little sparrow, this is my little penis'” 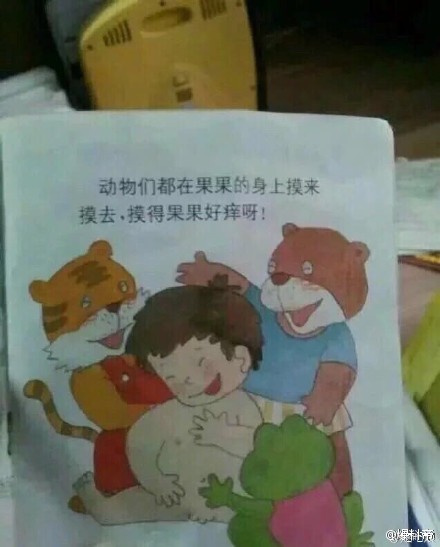 “The animals touch Guo Guo all over his body, it makes Guo Guo ticklish!” 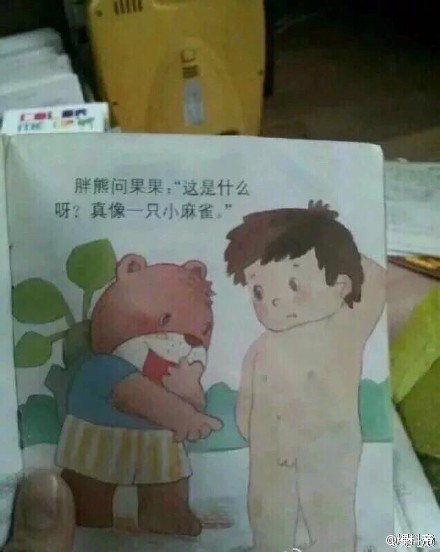 “The fat bear asks Guo Guo: “What is that?! It really looks like a little sparrow.”

After resharing pictures of the book one netizen wrote, “I’m a bit afraid to look at children’s books nowadays,” with another adding, “this makes me a bit uncomfortable.” With awkward copy (“The animals touch Guo Guo all over his body, it makes Guo Guo ticklish!”) and characters like the fat bear, we are hardly surprised if people feel the need to avert their eyes.

Whatever China chooses to do in the future in relation to improving Sex Ed, we certainly hope this book isn't included.

[Images Via What's On Weibo]