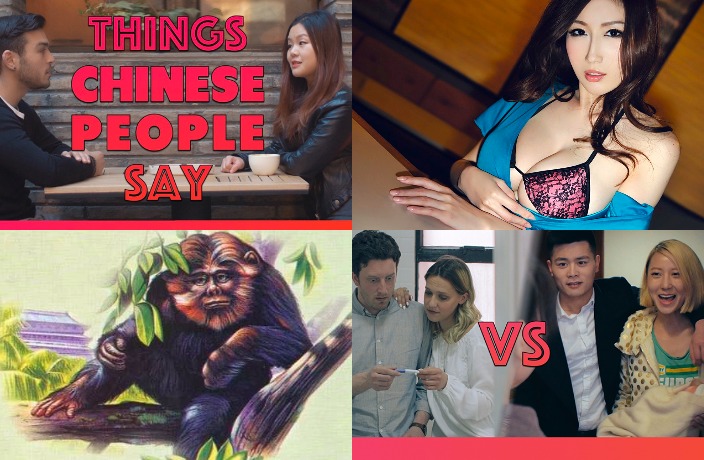 This is part of our China's 2015 Year in Review series.

1. WATCH: The difference between Western and Chinese couples

Although the story is almost certainly untrue, the fact that none of the companies exposed in the story issued denials means it'll die hard.

A look at China's 5 strangest cryptids that haunt the backwoods of civilization.

So why aren't you married yet? Why are you so fat (or skinny? or bearded?) The folks at Mamahuhu nail it again with this wildly popular video.

The headline really says it all...

6. Graph: How China's values differ from the rest of the world's

Professors Ronald Inglehart of the University of Michigan and Christian Welzel of Leuphana University have created a Cultural Map of the World to compare how values vary on a global scale.

Henan teen became a Weibo celeb in April with her debatably 'sexy' pics.

8. Chinese state media's 'Top 10 strange American habits' is too good to be true

In the United States, it's apparently fatal to drink warm tap water, nobody wears coats in the winter, and they all sleep with their shoes on. This might come as news to American readers, but luckily Chinese state media is here to enlighten us all.

9. Taobao vs. Reality, take 2: the 'most revealing dress ever'

Warning: Objects on Taobao may appear sexier than they actually are.

10. Sanlitun Murder: 'It Was an Anti-Foreigner Attack'