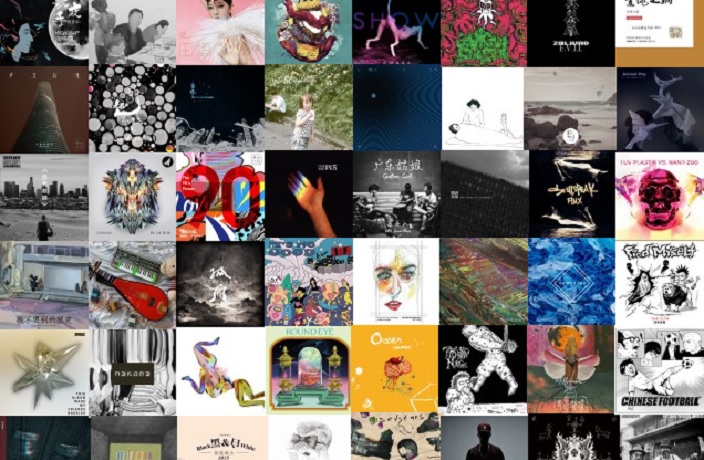 This is part of our China's 2015 Year in Review series.

Loved by some, missed by many – here’s a list of our favorite Mainland albums from 2015. What started three years ago as a last-minute attempt to fill empty magazine pages has turned into a growing tip of a hat to a thriving music scene.

Indeed 2015 was a big year for the professionalization of China's music scene. Budding monoliths like Modern Sky, JZ and MAO Livehouse built livehouses across the nation, new media giants like Douban jumped into the record business and even more domestic stalwarts toured or signed deals overseas. With the recent government mandated crackdown on unlicensed music online, things are only looking up for artists.

In 2013, we made note of a few of the year's Notable Albums. Last year, we debuted our Top 25 list. This year, we're going deep into this thing with our Top 50 Mainland Records of 2015. Before we start, special acknowledgement must be given to Live Beijing Music and their weekly William Griffith-penned New Releases column, which are absolutely essential for anyone interested in Mainland music.

It was a stand out year for Shanghai's experimental noise scene, full of remixed metal records, promising new labels and the admission of sound artist Pan Daijing to the Red Bull Music Academy. However, a decade into their odyssey to create the harshest noise possible, Junky and friends remain the leaders of the pack. On All Bastards +, the Thurston Moore approved act teams up with the UK-based Cruel Nature Recordings for a cassette-only release that explores all the different shades of distortion.

The Chengdu raised, Beijing based singer-songwriter has been a fixture in the city's coffee houses for the past year. His melancholic style and vocals instantly conjures up visions of the much-missed Elliott Smith, who would undoubtedly approve of Uncle Hu's ability to turn lyrics like "chasing greed and misery" into hooks. Previously a duo, the group has swelled into a quartet with its 60s inspired jangle ensuring that things never turn overly somber on their impressive full-length debut.

The Xinjiang rhymer has been traversing the country, winning Iron Mic competitions in Shenzhen (2013) and Beijing (2014). Now based in the capital city, Boom Xu busts out of the battle-rap bubble with his debut solo mixtape. Written and recorded over six months, Self-Salvation follows in the proud tradition of the autobiographical hip hop debut. There's still plenty of swagger - it does start with Boom introducing himself over the Allan Parson Project's 'Sirius' that was famously used by the Michael Jordan led Chicago Bulls, after all - but the disc is able to convincingly swing from hypnotic woozy party jams ('SRF') to introspective bangers like 'Letter from Heaven.' (view above)

鬼鬼祟祟: Write Me a Death Letter

The self-described “21st century medicine show” has been terrorizing China since 2012, peddling an ungodly mix of blues, punk, hip hop and 8-bit beats. Originally, a one-man act consisting of a zombie bluesman and a rap-rock demigod, Guiguisuisui is now a two-piece boldly pushing the paramaters of sound and performance. Released on Hong Kong based Metal Hell Recordings, Write Me a Death Letter delves deep into their self-mythology showing all the tricks (like their one-string skateboard guitar) that have made them unpredictable live favorites.

The life cycle of a Shanghai band is notoriously short and Sharon Q experienced both this year. A Million Farewells is the swang song of her ridiculously named project with Pairs' Xiao Zhang. Their last days are captured gloriously on this vinyl release, showing the now quartet hitting its stride as a killer guitar-rock band. While Xiao may have returned to Australia, the remnants of Tom and Katie have capably rebounded with Acid Pony Club's Clem Pony on board. They've already opened for the likes of AV Okubo and Mary Ocher, while their two-song debut EP hints at the powerful electronic rock that the group is capable of. For more, check out That's Shanghai's Sounds of Shanghai series.

There’s something about Beijing’s hutong bars that perfectly suits the city's flourishing and diverse folk-rock scene. Over the past couple of years, these expats have literally been raising barns with their lively take on Appalachian classics. Their sophomore disc captures that raucous energy featuring songs that the group learned directly from fiddler Michael Ismerio during their 2014 tour together. However, Nihowdy! captures their Americana for the WeChat generation style, with nine songs clocking in at a Ramones-esque 21 minutes.

The former bass player to Shanghai’s much missed garage rock greats Banana Monkey has found new musical life as a DJ and producer. As part of the STD crew, he's performed with Boyz Noise, Shanghai Fashion Week and on the Great Hall. He indulges his chill side mixing smooth keys and infectious beats on SomeTime.

After releasing a staggering eight albums last year, mad Frenchman Jean-Sébastien Héry had a relatively quiet year - releasing three discs and one live album (Djang's now up to 32 albums). He continues his experimentations with Chinese classical instruments, starting with the self-explanatory Experimental Electric Pipa. However, it's the Bridges albums that show off Djang's genius. A project designed to showcase all of the possibilities of the electric zhongruan, the disc equally highlights Djang and his ace band's versatility as they take the 2500 year old instrument on new journeys through psych-rock to big-beat dance.

Led by raspy-voiced guitarist Chang Yafei, this group has been serving up slices of Chicago inspired blues rock to Beijing since 2009. While they’re an indie act, they’ve won Golden Music Awards and recently appeared on the hit CCTV reality show Sing My Song). Their fifth album is another winning mix of blues, jazz and folk. While some songs have an added Mando-pop gloss, it’s simple tracks like the stride-piano driven ‘Strange Stranger’ (watch above) that highlight Hoochie Coochie Gentleman’s timeless charm.

There’s a whole lot of beautiful noise coming out of the south these days. And while we admit it’s a complete cop-out to lump three bands together, we couldn’t leave any of these albums off. Guangzhou-based Full Label has been holding down the city's DIY scene for years from performing blitz gigs in public urinals to releasing records from the likes of Pikaqiu. The shitty nature of the recording only adds to POdemoN's lo-fi charm, with its dream-pop melodicism hiding underneath its murky gloss.

Xiamen's The White Tulips have been steadily plugging away on the live circuit and emerged from their first proper studio sessions with Fondle - a reverb-drenched summertime album that captures the leisurely vibe of their beachy home town. Meanwhile, Shenzhen's Boring Productions announced itself with the November release of Diaries. Describing themselves as "the most 90s shoegaze band in China," Chestnut Bakery's debut captures the genre at its most romantic ('Saturday Afternoon'), moody ('Train') and anthemic ('Tunnel Party')

> Check back tomorrow for part two of this five-part series.
> For more, check out the rest of our China 2015 in Review series. 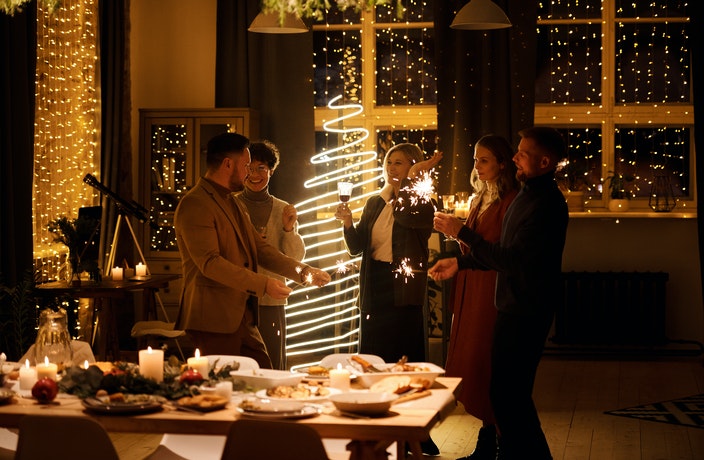