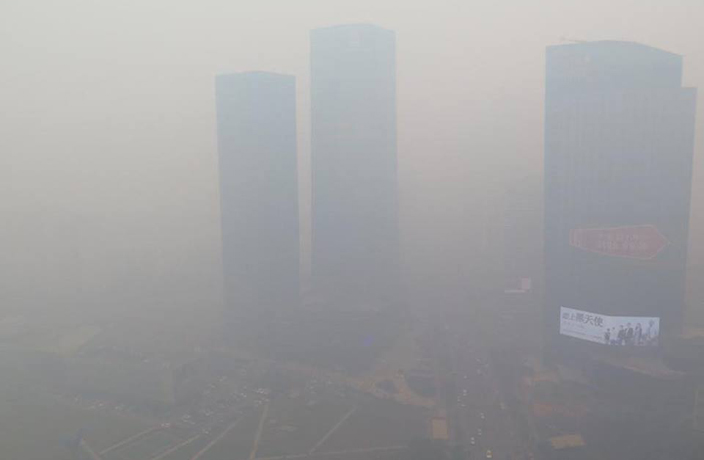 China may have reached peak pollution over the weekend after northeastern cities recorded staggering air quality numbers some 40 times the limit deemed safe by the World Health Organization. 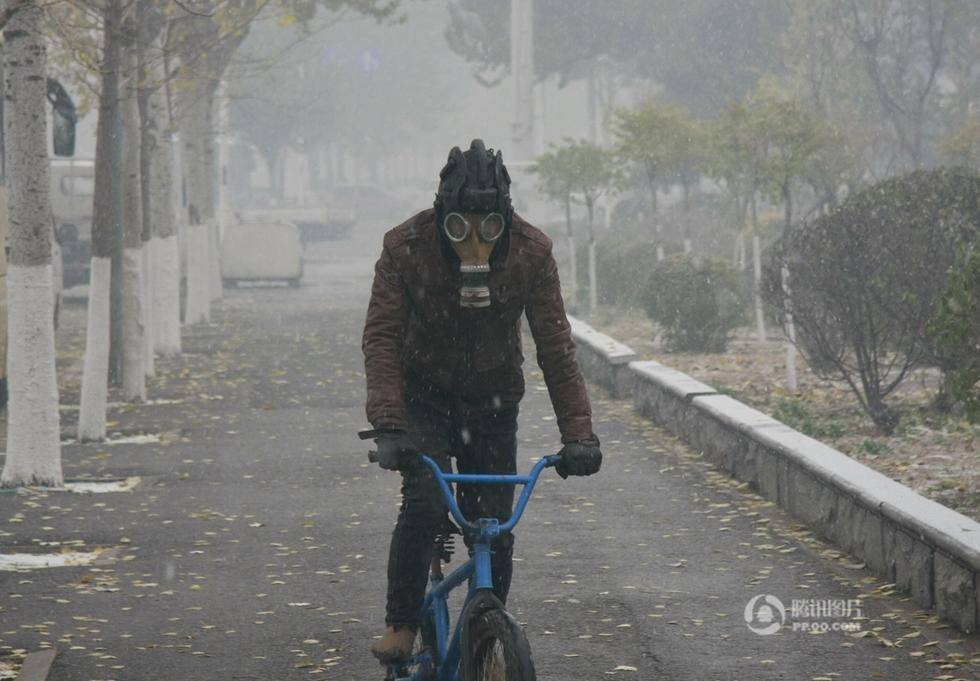 On Sunday, data from the Shenyang Environmental Protection Agency showed the density of PM2.5 – the hazardous airborne particulate matter small enough to lodge deep in your lungs – exceeding 1,000 micograms per cubic meter in Liaoning’s provincial capital, at one point reaching 1,400, according to CCTV News.

“The readings from Shenyang are possibly the highest pollution levels ever recorded in China since the country began to monitor air quality and release real-time data in 2013,” reports the South China Morning Post.

Here's how the AQI looked in northeastern China on Sunday, November 8: 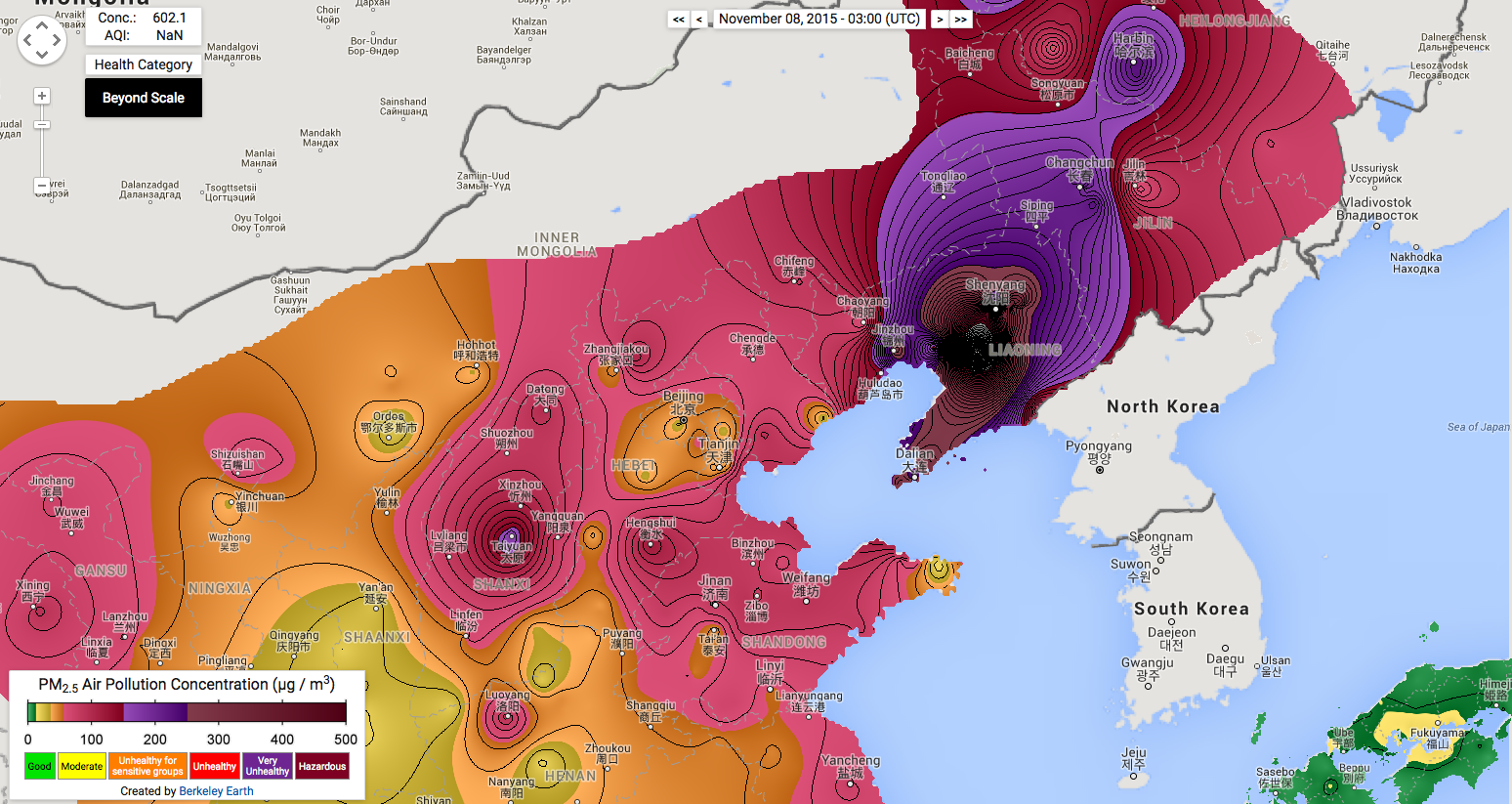 Based on Berkeley Earth’s real-time map of pollution across China, as of midday local time Monday, the AQI had died down to around 300 in Shenyang but the skies are looking very bleak indeed in Changchun and Jilin (in the ominous-looking black circle), where readings are apparently off the charts: 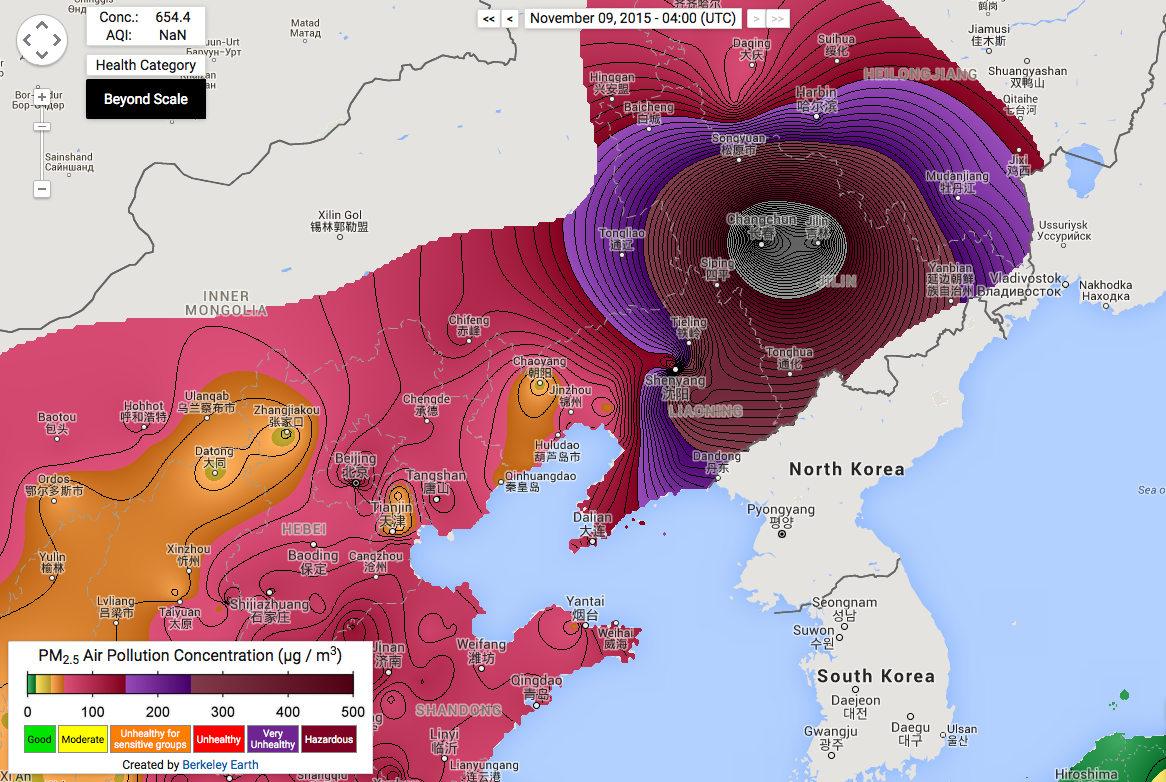 The onset of winter is to blame for the smog as China ratchets up coal-burning to keep homes toasty.

Not helping matters: the New York Times reported last week that China has been burning up to 17 percent more coal a year than previously reported.