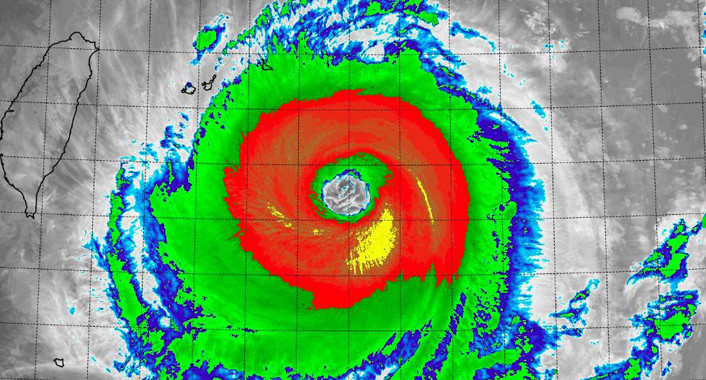 Flights have been canceled, rail services suspended and thousands evacuated as Typhoon Dujuan approaches Taiwan. Packing sustained winds of 230 kmph (145 mph), Typhoon Dujuan is currently categorized as a Category 4 storm, but is expected to weaken to a Category 3 storm by the time it makes landfall on Taiwan’s east coast this evening. 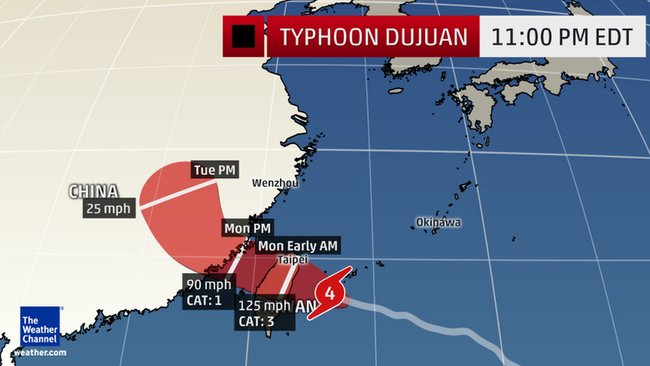 The cyclone is expected to bring heavy rain and destructive winds to the island, including in Taipei, before tracking northwest towards Mainland China’s southeastern coast “as a somewhat weakened but still dangerous typhoon,” according to weather.com. China has issued an orange alert for the storm, the second highest level. 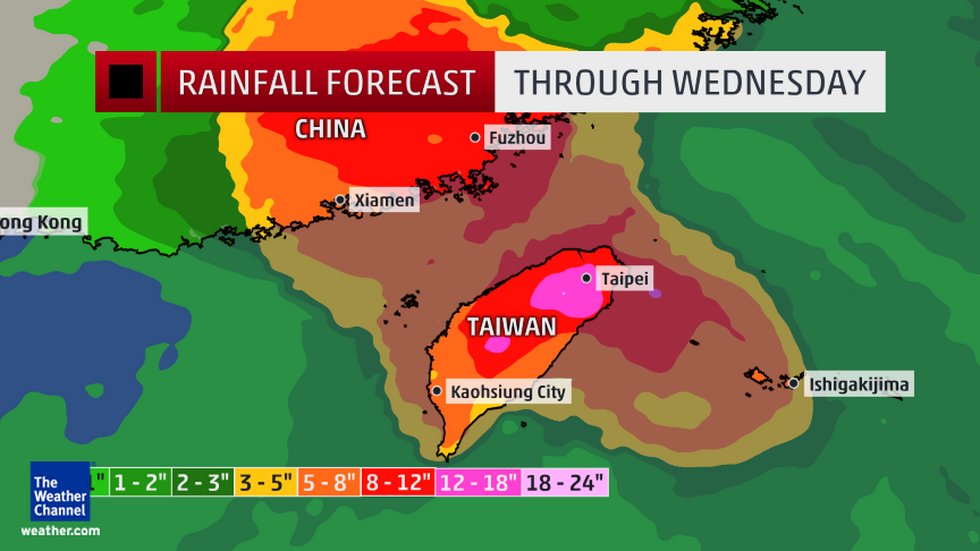 Dujuan is expected to make its second landfall in Fujian but will also bring rain and thunderstorms up the coast to Shanghai, where rain could begin as early as this afternoon and last until Thursday, the start of the week-long October Holiday.

This year has seen unusually intense storm activity in the western Pacific because of the interaction of a strengthening El Niño event with the enhanced rainfall phase of a global weather cycle called the Madden-Julian Oscillation (MJO).

RELATED: Why China is in for a stormy summer