If you were planning to pick up a copy of Pixels at your local, completely legit DVD store, don’t bother because it’s apparently terrible you can catch it in Chinese theaters from September 15.

That news is probably a huge relief for Sony, who spent an estimated $110 million on the Adam Sandler sci-fi “comedy,” only for it to be panned by critics and spurned by US audiences.

Sony are clearly banking on revenue from the world’s second-biggest box office – internal emails from last year’s Sony hack reveal that executives excised all mention of China from Pixels out of fear that references would harm the film’s chances of release in the PRC, the latest indication of the Chinese movie market’s growing importance to Hollywood.

In the original Pixels script, the Great Wall is attacked by aliens and China is suspected of orchestrating some kind of an attack. There is also a reference to a “Communist-conspiracy brother” hacking a mail server, reports Reuters.

The decision to omit the Great Wall scene was apparently at the behest of Li Chow, chief representative of Sony Pictures in China, who wrote in a December 2013 email to senior Sony executives:

“Even though breaking a hole on the Great Wall may not be a problem as long as it is part of a worldwide phenomenon, it is actually unnecessary because it will not benefit the China release at all. I would then, recommend not to do it.”

Li also cautioned against changing the location of a destructive car chase scene from Tokyo to Shanghai:

“As to relocating the Pac-Man action from Tokyo to Shanghai, this is not a good idea because it will involve destruction all over the city and may likely cause some sensitivity,” she wrote in a December 18, 2013 email. “In other words, it is rather hard to say whether it would be a problem because the unwritten rule is that it is acceptable if there is no real intention in destroying a certain building or street and if it is just collateral damage. But where would you draw the line?”

In the end, Sony drew the line at including any references to the PRC.

This is, of course, hardly the first time Hollywood has tweaked movies to make them China-friendly. The more common approach, however, is to add rather than subtract Chinese elements, sometimes specifically for a China-only release. The most notable example of this is Fan Bingbing’s notorious cameo in the Chinese version of Iron Man 3. 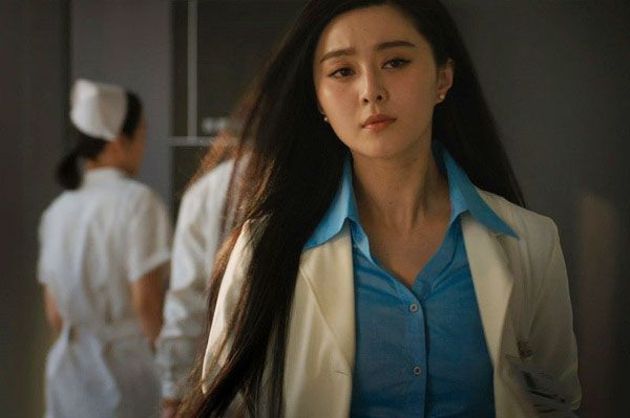 These sometimes heavy-handed attempts at localization don’t always go down well, and Sony are apparently not just eager to appease China’s box office gatekeepers SARFT, but also wary of everyone finding out they care what China thinks.

While trying to maneuver 2013’s Robocop onto Chinese screens, president of Sony Pictures Releasing International Steven O’Dell advocated making the China-friendly version the default one for all markets:

“Recommendation is to change all versions as if we only change the China version, we set ourselves up for the press to call us out for this when bloggers invariably compare the versions and realize we changed the China setting just to pacify that market.”

Frankly, we’d prefer it if Hollywood didn’t force the whole world to endure one-size-fits-all movies that have been sanitized based on what a studio exec thinks Chinese censors will or won't like. But that’s just us.

AirPano is a non-profit project created by a team of Russian photographers dedicated to taking high-resolution aerial panoramic photos of some of the world's most scenic locales. The results are breathtakingly, staggeringly gorgeous. Fact attack! There was once a widespread belief that the Great Wall didn't exist China's Green Great Wall project aims to hold back the sands of the Gobi.

I see your Shanzhai Sphinx and raise you a Shanzhai Great Wall.

Win a trip to see the Great Wall of China... from space!

We’ve pulled off an out of this world coup!

In the above video, US daredevil Jon Potter becomes the first person ever to 'speed-fly' off the Great Wall of China.

Great Wall sets up 'graffiti area' for tourists to vandalise

A special area for graffiti has been designated at the Mutianyu section of the Great Wall, to better protect the ancient heritage site, the governing authority said on Sunday.