The farcical head of a local literary organization in small-town Hunan has drawn ridicule from Chinese netizens after he stormed the office of a local news portal and community website and smashed one of their computers.

Infuriated by bad reviews of his poetry posted on the online forums of the Leiyang Community site lysq.com, Xiong Aichun, the chairman of the Leiyang chapter of the China Federation of Literary and Art Circles, decided he had to stand up for his good name. But rather than wage a digital war of words with lowly Internet trolls (never a good idea), Xiong wanted to do this man-to-man, with the Leiyang Community website.

After locating the physical office of the site, Xiong issued an ultimatum – whoever was in charge would meet with him in the next five minutes or else a computer would feel his wrath. Xiong is nothing if not a man of his word, and when the boss didn’t show, Xiong threw the machine to the ground. 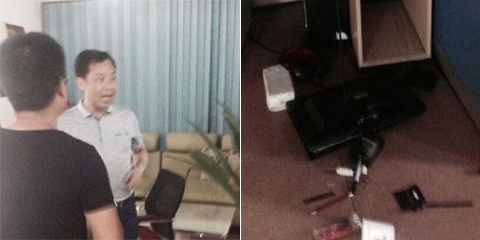 Just in case any of the startled office workers weren’t clear what had happened, Xiong declared: “It is I who smashed the computer, and so what? I can leave you a note!”

As he began to compose this note, Xiong paused to ask how to write the character for ‘smash.’ 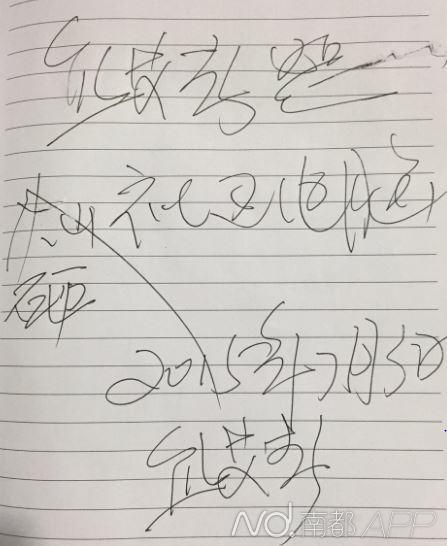 Xiong then demanded RMB100,000 in “spiritual compensation” from the company, and because he’s not a completely unreasonable guy, he offered to deduct RMB2,000 to pay for the computer. The website did not reach an agreement with Xiong.

According to a company executive who spoke to the Beijing Morning Post, Xiong “was not familiar with the Internet and thought it was the website that had defamed his poems […] and so he came to challenge us.”

Of course, this was all too much for Chinese netizens. China Daily translated one of many bemused comments:

“The incident has exposed the huge gap between Xiong’s literary image and the person he really is, because he could not even write the word “smash” properly in the note he left. But what has irritated the public most is his refusal to accept criticism, which authors, poets and artists should be prepared for once they enter the world of arts. Xiong’s reaction is a natural outcome of the flattery and praise he has become used to in his daily life, and reveals the long-standing administrative malpractice such as the lack of internal supervision and an atmosphere full of deceit.”

Xiong's position as head of the local literary organization has raised so many questions from online commenters that Chinese media have since been directed not to “recommend or prominently display” news of the incident, according to China Digital Times.

[Images via Sina and hbnews] Police are on the hunt for Shanxi party secretary Yao Wenli. Can you think of a better time to show off your expensive new duds?