Chinese women have recently been getting seriously mixed messages about body image from Weibo, the social networking site long-dubbed ‘the Chinese Twitter’ but which is now on its way to becoming an online repository of body parts (digitally speaking, of course).

Last week saw the culmination of a two-week-long Weibo contest hashtagged Women’s Armpit Hair Competition, which encouraged ladies to share photos of themselves proudly flaunting their unshaved underarms. “The greater message here is about discussing the ownership of female body and challenging the stereotyping of femininity,” said organizer Xiao Yue (aka Xiao Meili), a 25-year-old feminist activist who last year walked 2,300 km across China to raise awareness of sexual abuse.

Read more: Leftover or leaning in? The state of modern feminism in China

In keeping with the pro-au-naturel campaign’s body-positive aim, the winners, who were determined by the number of likes and reposts their selfies earned, were rewarded with free condoms, vibrators and female urination devices, which allow women to pop a vertical squat.

In China, the idea that it just ain’t ladylike to let it grow is, of course, a relatively recent import from the West, no doubt spurred on by all the renminbi signs razor manufacturers foresaw in approximately 644,994,400 pairs of female pits. After all, armpits are fertile breeding grounds for capitalism – as Marx would have surely pointed out had women been expected to depilate in his day. 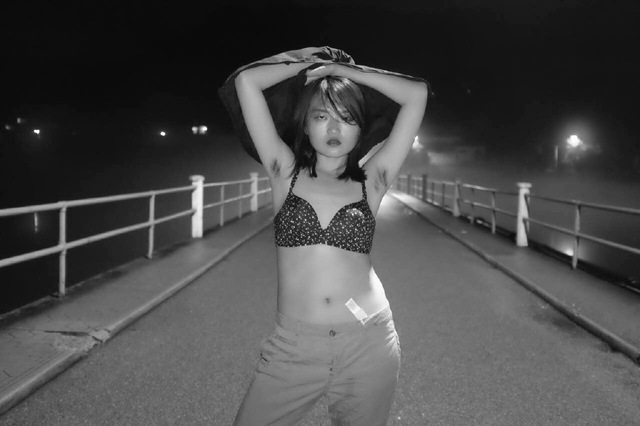 The Global Times reports that:

An ifeng.com poll of 852 women last year revealed that just over half of Chinese women choose to remove some of their body hair in the summer, while 15 percent choose to remove hair on all of their body parts. Sixty-three percent of people who opt for hair removal do so for a better appearance, while "comfort," "health" and "keeping up with the trend" also contributes to the decision.

Among the contest's winners were members of the ‘feminist five’ arrested shortly before International Women’s Day, when they had planned to hold demonstrations against sexual harassment.

Although the armpit hair contest drew only a few dozen participants, it did spark debate, with several women chiming in that they don’t feel social pressure to shave, they just prefer to.

Xiao explained, “We are not trying to force people to not shave, but we are against the social norm that armpit hair is unacceptable and disgusting.”

So ladies, put those razors down! Or not, totally up to you.

Meanwhile, in the very same corner of the Interwebs, netizens (mostly female) flooded Weibo with snaps of themselves reaching an arm behind their back to touch their bellybutton. 'But why?' we hear you ask. Well, apparently because a still-as-yet uncited (read: nonexistent) study from US researchers posited that those who pass the test have “good figures” and those who don’t should drop a few pounds. Okaaay. That’s science, folks!

Here’s exhibit A from actress Yang Mi, which elicited over a million thumbs up from her nearly 50 million followers.

The navel-prodding pics pretty much all look like the above. So, if you, dear reader, are the kind of person who would like nothing more than to scroll through a gallery of svelte torsos contorted to “verify” their svelteness, then by all means, head over to Weibo.

If not, we can save you a bunch of time and show you the only snaps you need to see, courtesy of this “game-changer,” a portly young lad from Liaoning who attempted to break the mold.

Notice anything off with that photo? Yeaaah… two left arms.

After Netizens pointed out the erroneous appendage, the poster ‘fessed up to his fakery and said he just wanted to prove that fat people could ace the challenge too. “If you can’t reach your bellybutton, find someone to help you,” he wrote. “And don’t feel bad if you can’t, fat people could never do it [smiley face].”

Ultimately, this tubby teen won the Internet because:

Who needs a pointless challenge when you receive the World Wide Web’s highest compliment, having your head digitally replaced with the Supreme Leader’s face.

If we’ve learned anything from this whole affair, it’s the Chinese words for armpit hair (腋毛) and bellybutton (肚脐). Say it with me: Batman. Dinosaur.

Why the Ministry of Public Security boasts more followers than other, less cool Chinese Ministries