Enter any FamilyMart in Asia and you'll be met with the same 12 notes. It's a pleasing tone, welcoming visitors to a land stocked with plastic bottles of tea, slightly questionable sandwiches and bubbling vats of meaty goodness on sticks.

The jingle, it turns out, is a single man's invention - and it originally had nothing to do with FamilyMart.

The convenience store chain hails from Japan, where its first branch opened in 1981. From the very beginning, FamilyMart used today's iconic tune, which we can loosely transcribe as "laalala-lala laa, do-laalala-la-laa." If you don't already have it playing in your head, give it a quick listen here:

Those tones have been heard by millions throughout FamilyMart's thousands of stores in Japan, the Philippines, Thailand, Taiwan, Shanghai, Guangzhou and Suzhou. Despite reaching their fame in convenience stores, however, these dank beats are not an original FamilyMart creation.

Before it was the "FamilyMart jingle," the tune had the memorable name of "Matsushita Electric Industrial Co. Ltd. Doorbell Chime EC5227WP." The electrical goods company, which later became part of Panasonic, concocted the song in the wild year of 1978.

Zeppelin had just dropped In Through the Out Door, The Who released their last album with Keith Moon, Eddie Van Halen came out with his first record and, in Japan, Yasushi Inada composed the door chime heard 'round the (convenience store) world. 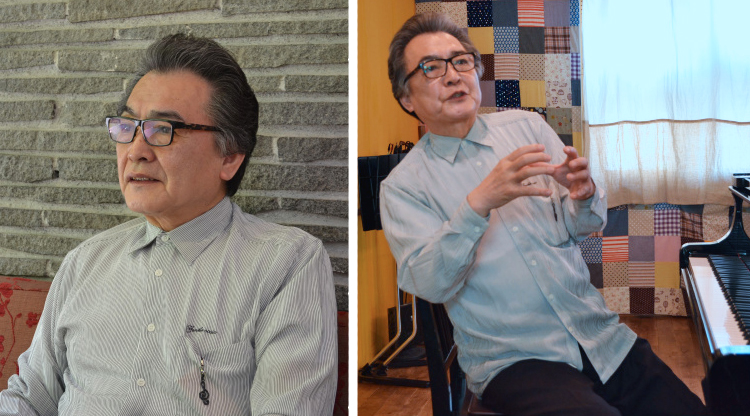 The man, the legend, Yasushi Inada

Yasushi's chime originally rolled out as just another slightly-eccentric doorbell, and was sold as such. The chime could have easily been consigned to the dustbin of door-jingle history, were it not for the founding of FamilyMart two years later.

The team in charge of choosing FamilyMart's door tones presumably checked out quite a few potential candidates, and eventually settled on Yasushi's. Instead of buying the original rights to the tune, however, they simply bought a whole lot of doorbells.

That means even today, FamilyMart doesn't "own" its jingle - the tune is the property of Panasonic, which manufactures the doorbells that FamilyMart, and anyone else, can buy. The Panasonic online store even offers EC5227WP for sale, open to purchase by anyone who wants their house to forever sound like a convenience store.

And Yasushi, the master himself, is still around. Bloggers at Japan's Daily Portal Z tracked him down, and he played a beautiful rendition of the FamilyMart jingle on the piano:

And the non-VPN link:

The man's still got it. And for any of the musician types out there, feast your eyes on the original score, written by Yasushi:

While these bloggers' efforts mark the first time someone actually found Yasushi and got him on the piano, they aren't the first ones to become fascinated by the FamilyMart jingle.

Japanese musicians have a long and illustrious history of rocking out to the chime (check out a selection of remixes here). Our favorite is this amazing jam from way back in 2009:

And the non-VPN link:

Yasushi, humanity is in your debt.

And the next time you swing by a FamilyMart, just remember - with a quick stop at Panasonic's online doorbell store, those beats could be all yours.