Beijing expressed concern yesterday after a  large Chinese fishing vessel was blown up by the Indonesian Navy. 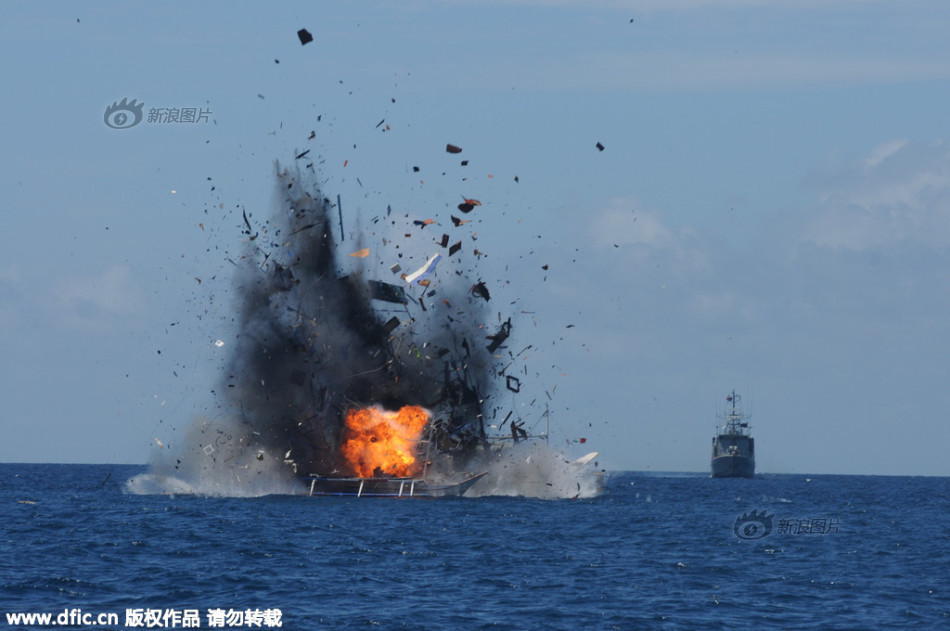 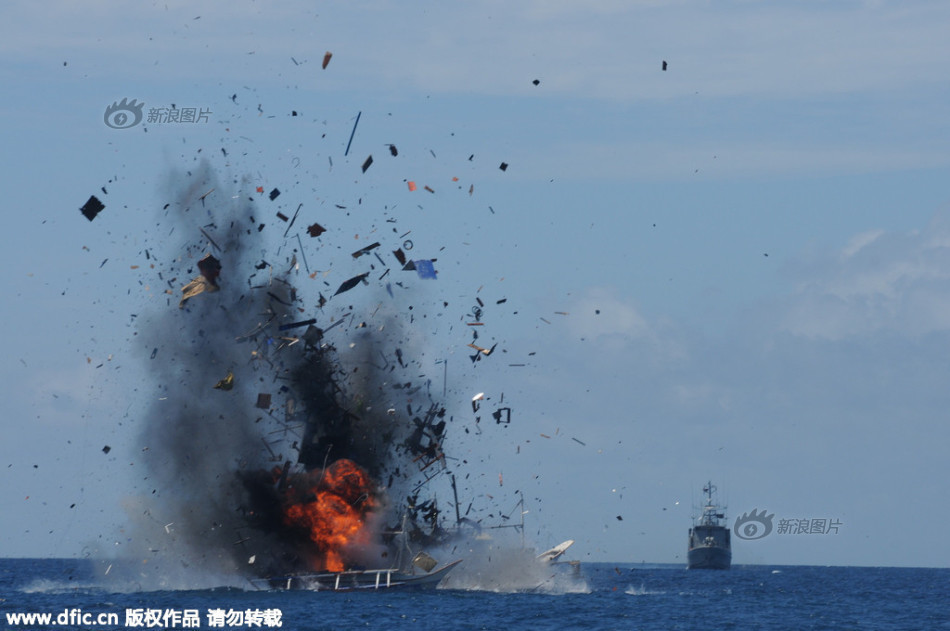 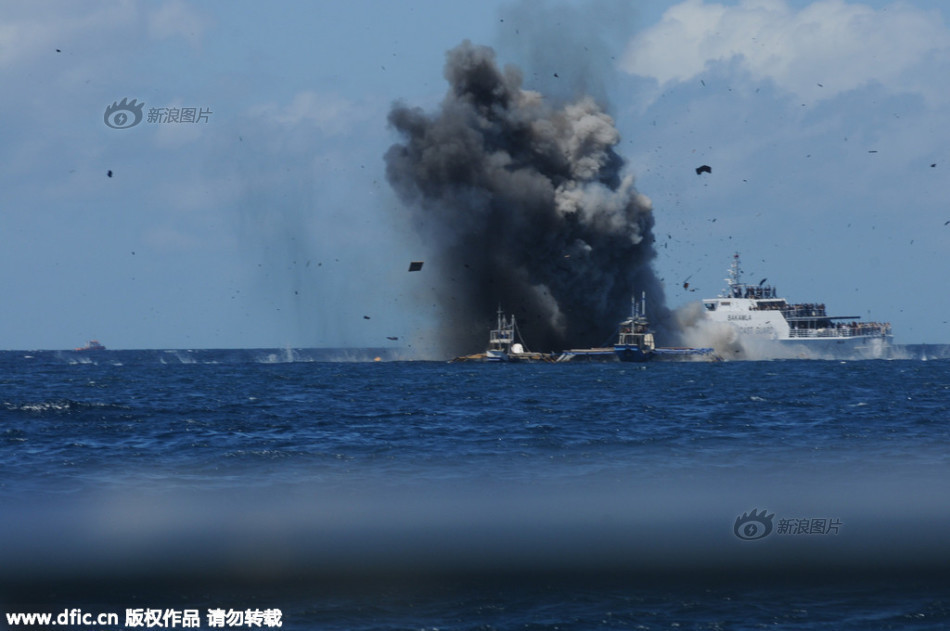 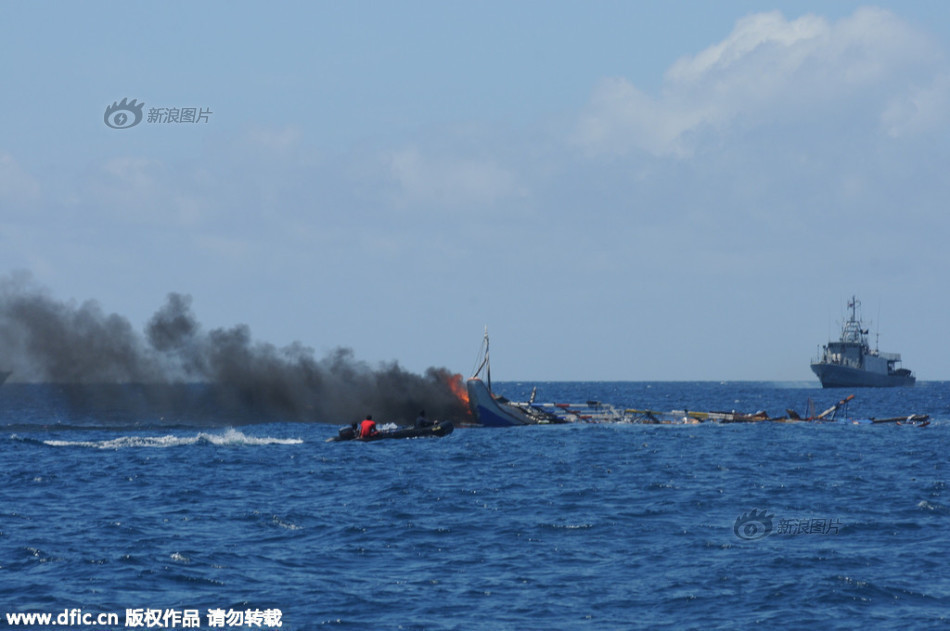 The Chinese ship, captured in 2009, was just one of 41 impounded foreign vessels sunk - unmanned - by Indonesian authorities this week. Boats from Vietnam, Thailand and the Philippines were also sunk in the gesture, intended to signify Jakarta's resource to crack down on illegal fishing in its vast territorial waters.

As the president of the world's largest archipelago nation, Indonesian president Joko Widodo is keen to prove that he's not turning a blind eye to illegal fishing so as to avoid offending his country's biggest trading partner.

Chinese Foreign Ministry spokesman Hong Lei told reporters that "China is gravely concerned about relevant reports, and is asking the Indonesian side to make clarifications... We hope that the Indonesian side can press ahead with fishery cooperation in a constructive manner and safeguard the legitimate rights and interests of Chinese companies."

Unlike its neighbors, Indonesia does not have competing territorial claims with Beijing over the South China Sea; otherwise, it does object to China's infamous "nine-dash-line" as it overlaps with the exclusive economics zone around Indonesia's Natuna Islands.

READ: Having overfished their own waters, Chinese fishermen are moving on... to Africa