A US Navy surveillance aircraft was warned eight times to turn away by the Chinese navy as it approached disputed military installations in the South China Sea yesterday.

"This is Chinese Navy," the crew were warned as they approached Fiery Cross (i.e. Yongshu) Reef, "Please go away... to avoid misunderstanding." All eight warnings were rebuffed by the Americans, who insisted they were flying through international airspace.

SEE ALSO: ASEAN, US and Japan all lay into China over 'muscle flexing' in South China Sea

The P8-A Poseidon also surveilled the controversial land reclamation being carried out at Mischief Reef, holding true to their promise to increase scouting over the contested territory following China's development of military facilities.

The mission is considered a bold gesture indicating that the US does not recognize Beijing's claims to nearly all of the South China Sea.

Former CIA Deputy Director Michael Morell commented that the confrontation shows there "absolutely" is a risk of the United States and China going to war over the islands at some point in the future. 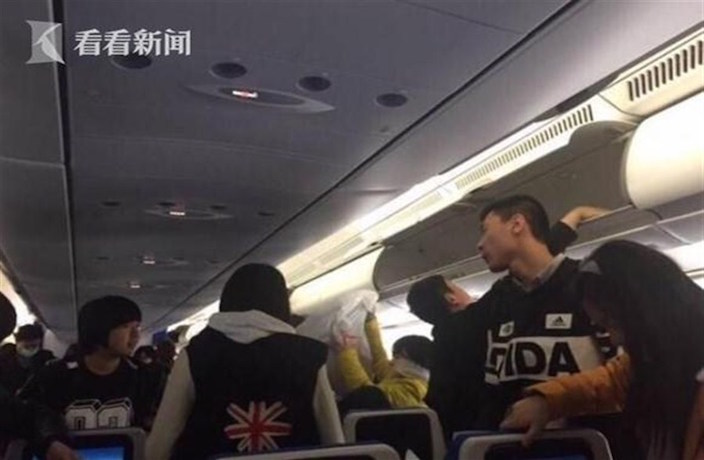 Shanghai-Bound Plane Ends Up In Russia

Well, that didn't go according to plan(e). Relatives of the missing passengers are not holding out hope that this could be a breakthrough.

When all that's standing between you and Hong Kong are two goofy drawings...