Following the arrest of Taiwanese film star Kai Ko alongside Jackie Chan's son Jaycee for drug use this week, a new fashion trend has emerged in China.

Yesterday, Ko's confession and tear-choked pleas for forgiveness were broadcast nationwide in one of recent memory's more bizarre instances of celebrity political theater. In the clip, Ko is pictured wearing a prison uniform at the Dongcheng detention center where he and Jaycee were detained after police found 100 grams of whacky tabacky in their possession.

The consensus, however, appears to be that he wore it well! The collared blue and yellow top emblazoned with the two-character abbreviation for "Dongcheng Detention Center" looks poised to become China's hottest new look of the season, selling like hotcakes on online retailer Taobao. The sales of the T-shirt have also become a means for netizens to mock both celebrity worship and the government's celebrity anti-drugs crackdown. One product description assures customers, "You can have faith in the choices of the stars." 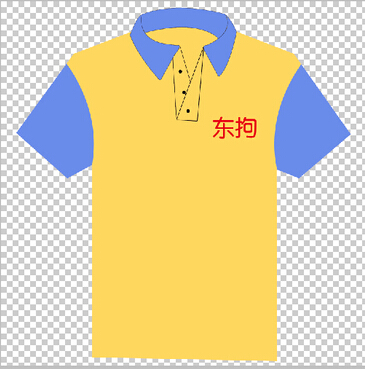 Other retailers are selling the T-shirt and shorts combo for stately sum such as RMB299, RMB1314 (a sequence frequently used to described one's love lasting "for a lifetime"), RMB66666, or as much as RMB88888888, seemingly in a deliberate attempt to see how much they can possibly get away with.

Whatever the price tag, expect to see hipsters nationwide rocking these bad boys before long: A Chan reborn: Jaycee converted to 'cultured youth' by time in Beijing jail

Jaycee read nearly a book a day during his detention on drug charges.

Big brother is watching you. Any artist of any field wanted for a three month exhibition.