Body scanners were installed at the Bajiao Amusement Park station on Line 1, Tiantongyuan North station on Line 5, and Longze station on Line 13 in an effort to beef up security in response to heightened concerns over terrorism. It is unclear why these stations in particular were chosen for additional security.

Photos posted online showed huge queues to get into the subway system. The Beijing metro is already one of the world's busiest, where massive lines are a common sight. 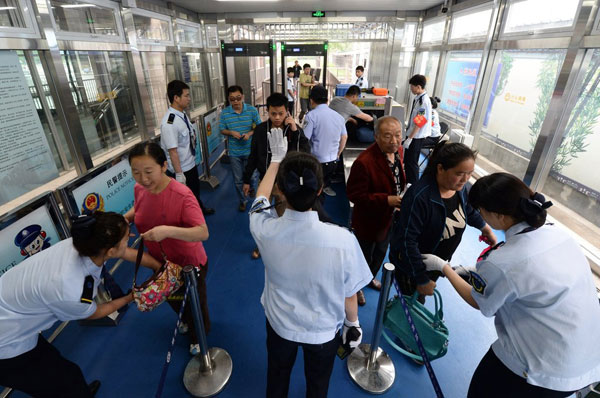 A new way to pass the time on your commute The dead get walking: 'bizarre dress' and 'horror makeup' banned from Beijing Subway

Zombies, ghosts and ghouls of all description no longer welcome on city trains. The 'Two Kuai Era' ends next month, but how did it start anyway?

Woman trapped between car and platform doors dies in hospital.