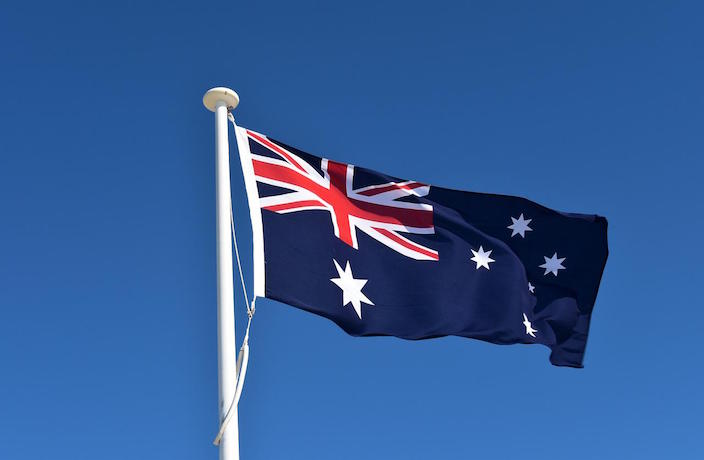 The Temple of Heaven and nearby Pearl Market are in many ways emblematic of Beijing – rich history and culture alongside a buzzing market selling handicraft goods, electronic products and everything in between.

Add to all that a somewhat unlikely ingredient – an Australian-themed café located at the Market’s west entrance, just a stone’s throw from the Temple of Heaven. 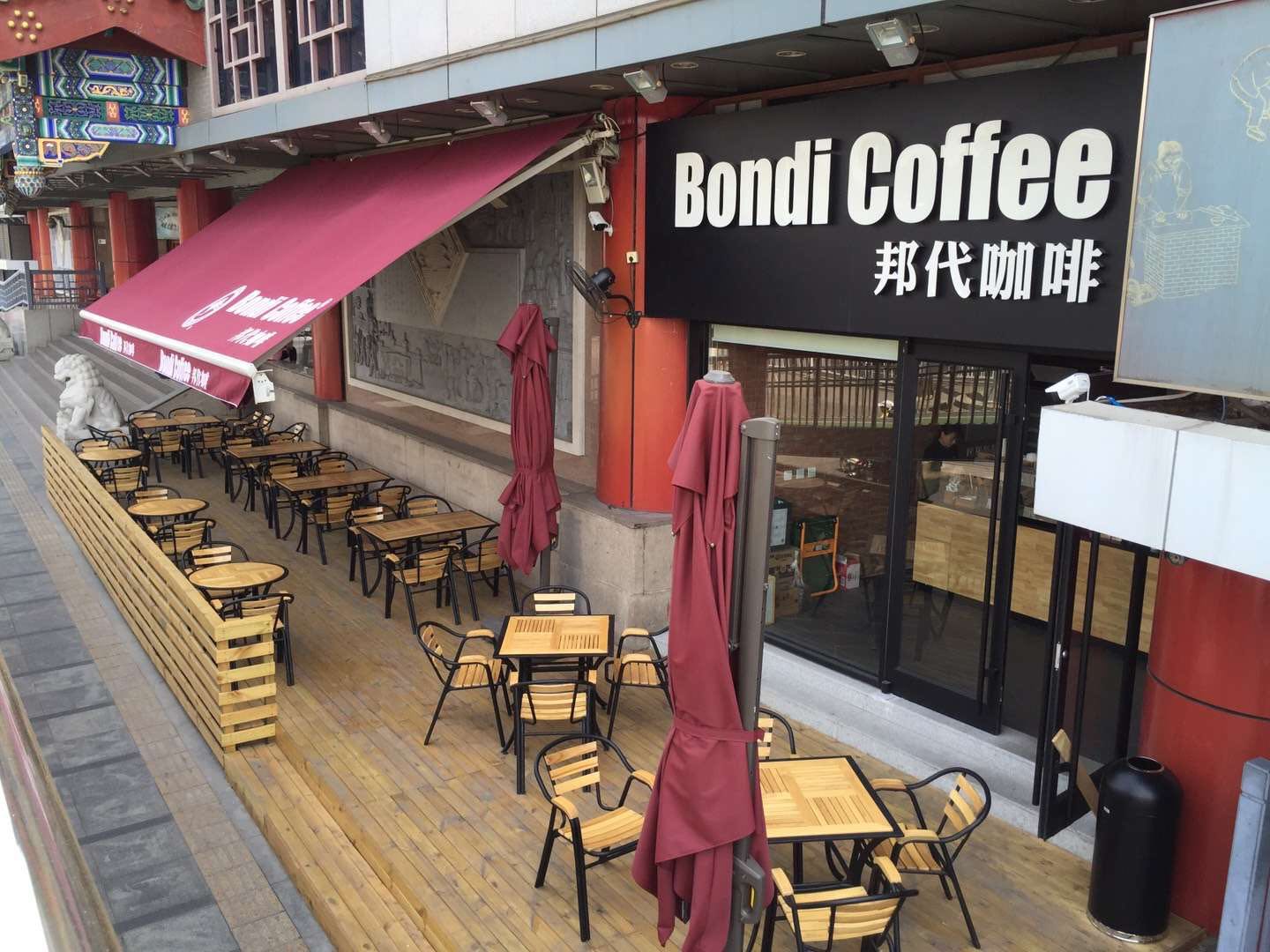 Beijing is not a city especially renowned for its coffee, let alone Australian-style coffee.

However, the capital does have a coffee claim-to-fame, given that China's first-ever Starbucks was opened in Guomao in 1999.

Moreover, the capital certainly isn't lacking in great spots for a cup of Joe.

READ MORE: Shanghai Has More Coffee Shops Than Any Other City in the World

Beijing’s Chaoyang district is something of a different story. Beijing Radio and Television Station reports that there are 2.63 cafes per 10,000 people, surpassing cities like New York and Tokyo.

Whether or not Beijing can truly make its mark on the global coffee scene is up for debate. However, what we can say with certainty is that the capital has something of a coffee scene worth exploring.

While Australian-style (Aussie) coffee (think flat whites, etc.) is not difficult to find, Australian-themed cafes are not so common.

Bondi Coffee opened at the Pearl Market back in 2017. The branch will “reopen very soon,” according to Bondi’s owner.

Directly opposite the Temple of Heaven, the branch has been a magnet for both foreign and domestic tourists, as well as nearby office workers. 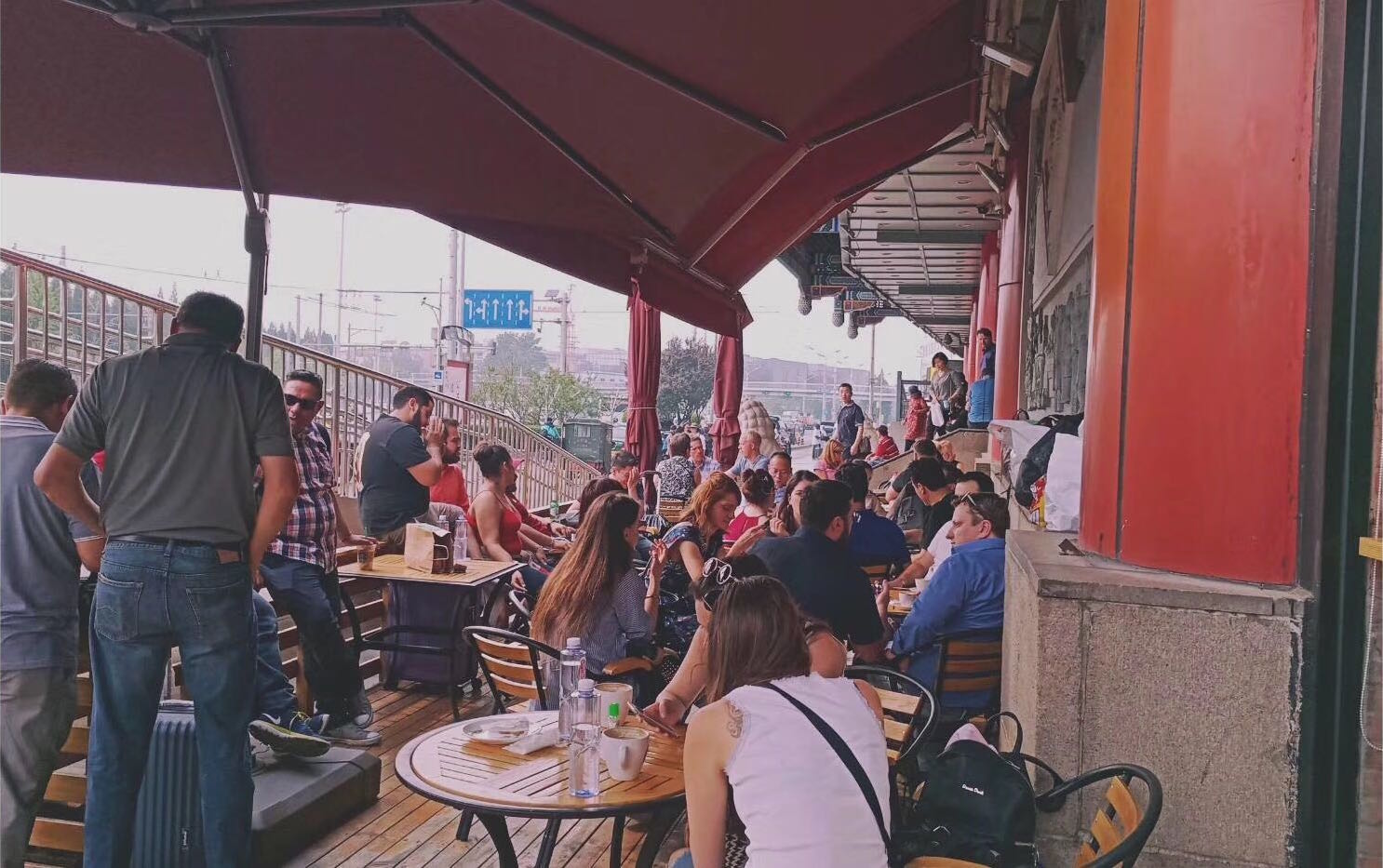 Following the first outbreak of COVID-19 back in early 2020, business was not easy, given the lack of foreign tourists due to border restrictions, and given the intermittent restrictions on domestic tourists traveling to Beijing.

But, don’t think for one moment that business is faltering, because Bondi just opened another branch last month (July, 2022).

Far away from the humdrum of the Pearl Market, Bondi’s new branch is located in Haidian district on Huayuan Bei Lu. 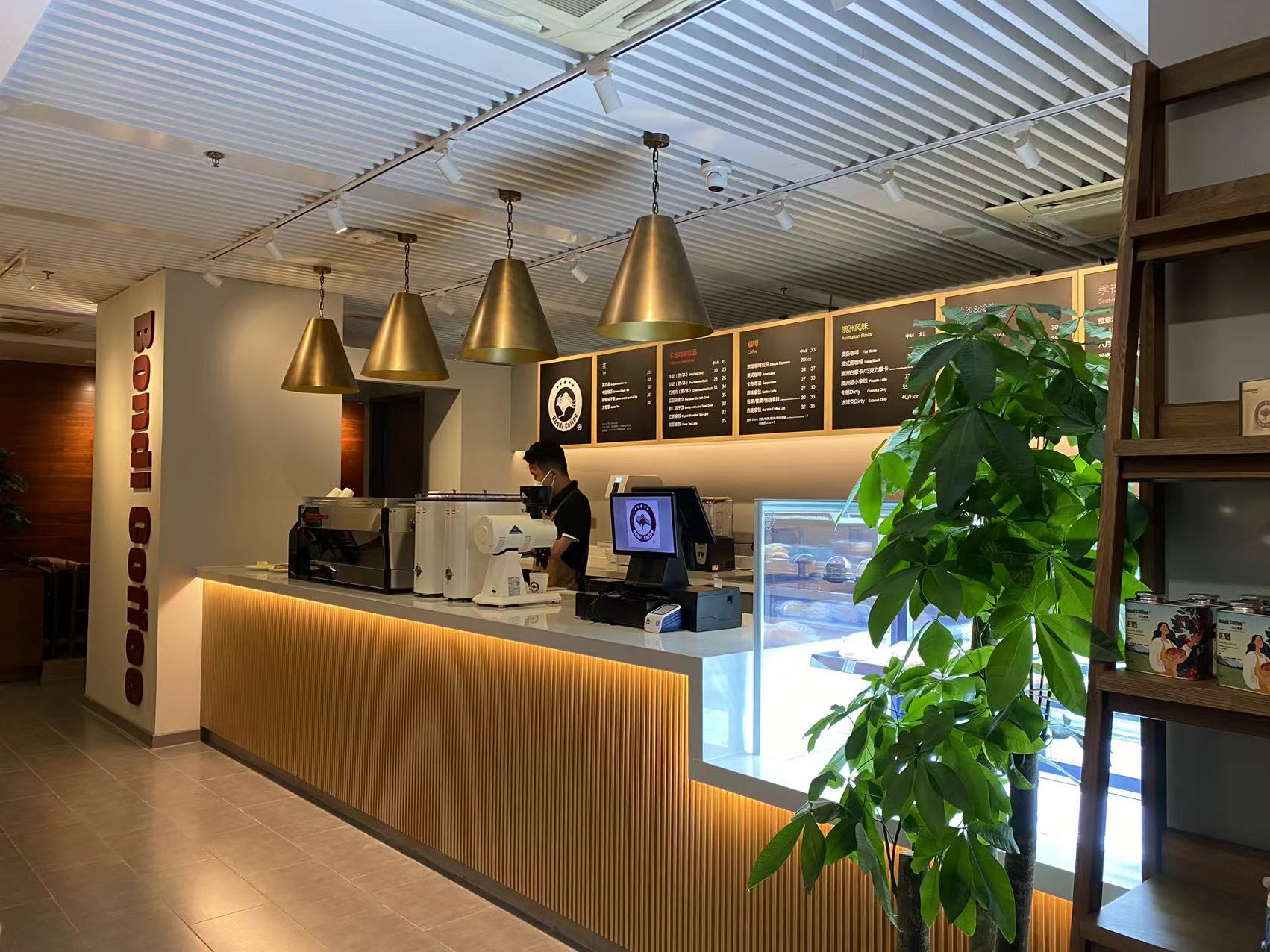 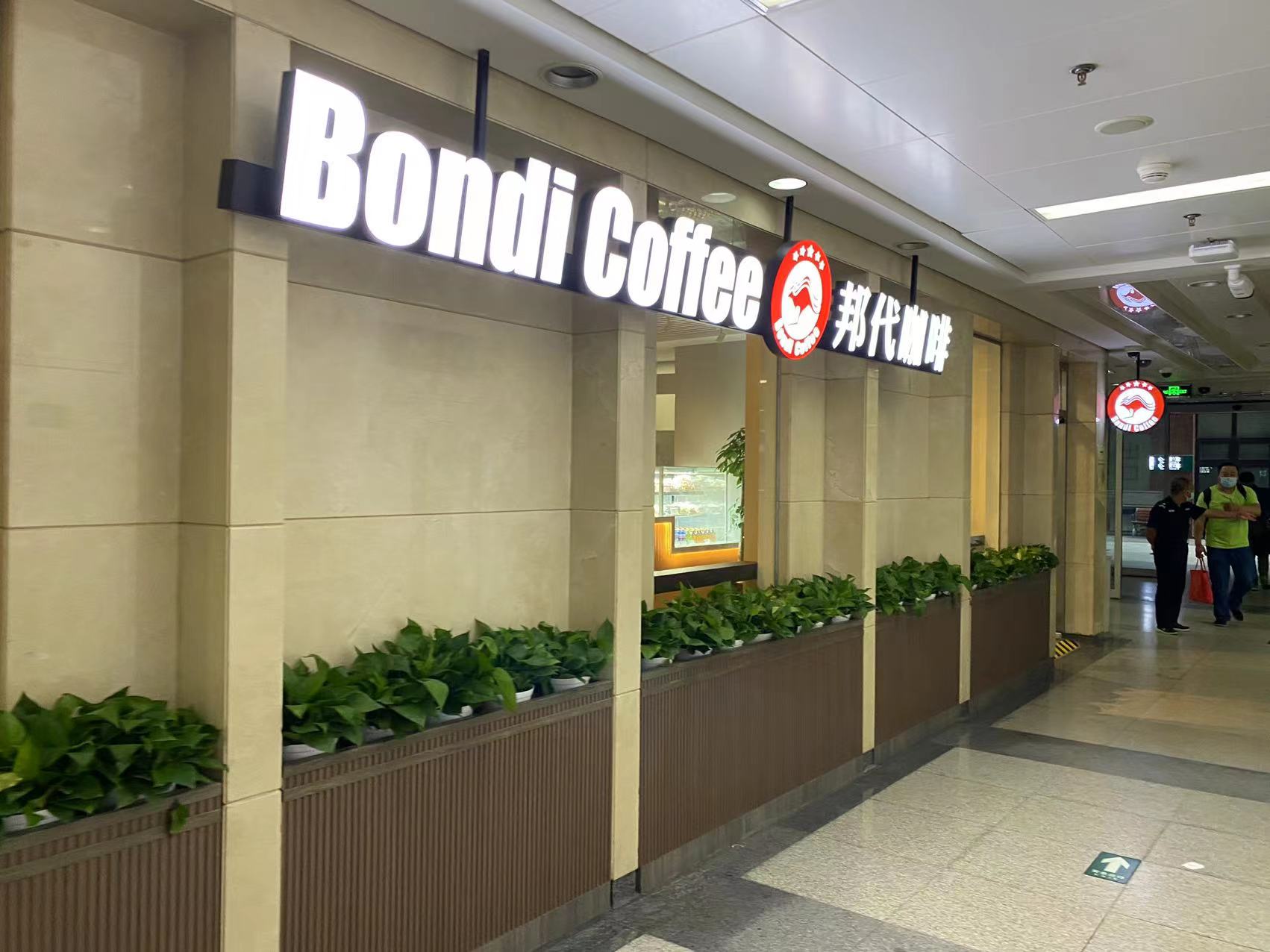 In fact, the location couldn’t be more different, as it is located in the second surgery ward building of Peking University Third Hospital – serving the hardworking hospital staff and those patients in need of refreshment.

So, other than the name (think Australia’s iconic Bondi Beach), what exactly makes Bondi Coffee an Australian-themed café?

Bondi owner Sandy, who requested we only use her English name, found herself inspired, having spent many years in Australia.

Once you step into a Bondi Coffee branch, you’ll be greeted by a menu full of authentic Aussie coffees – including flat white, made with imported Devondale milk; piccolo latté which Sandy describes as an “extra extra small latté”; babyccino, a warm frothy milk drink for kids who aren’t quite ready to drink coffee, and much more. 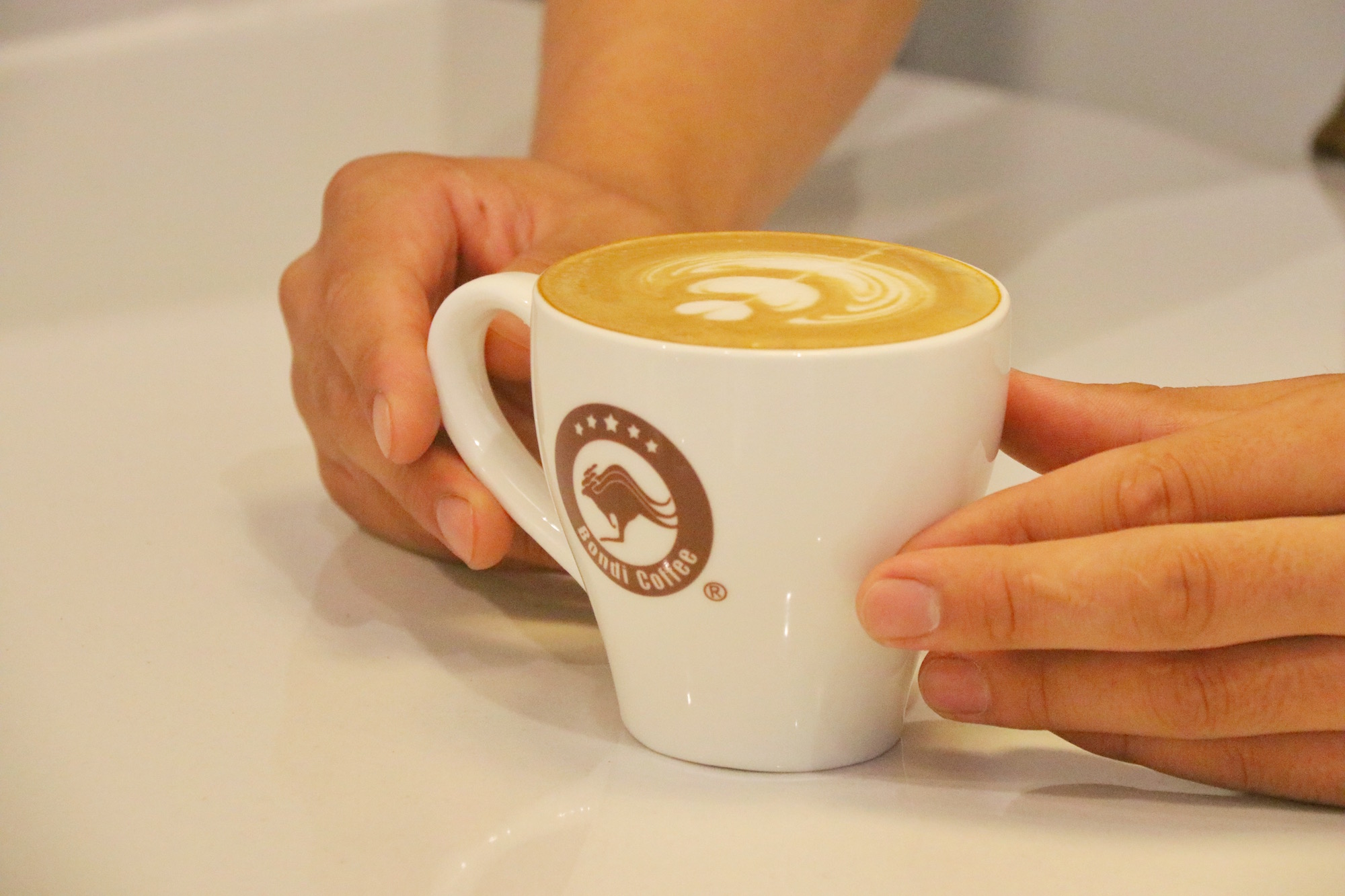 A Bondi Coffee classic with a latte art topping

Other authentic Aussie products include Bundaberg soda drinks and Victoria Bitter beer, though alcohol is NOT served at the new location (remember it is in a hospital).

Just in case you were in doubt about Sandy’s commitment to all things Aussie, she even shot a promotional video for Bondi wearing a kangaroo costume.

Australia’s prides itself on its distinctive coffee culture – so much so, that Tourism Australia dedicates a whole section of its official website to coffee.

Under the heading “AUSTRALIAN COFFEE CHEAT SHEET,” it notes that:

“In Australia, coffee is a serious, and particular, business – so much so that you’ll rarely hear someone just order a ‘coffee.’”

I guess you could say that Bondi Coffee is flying the flag for Aussie coffee in the Chinese capital.

[Cover image via Pixabay. All in-text images via Bondi Coffee] 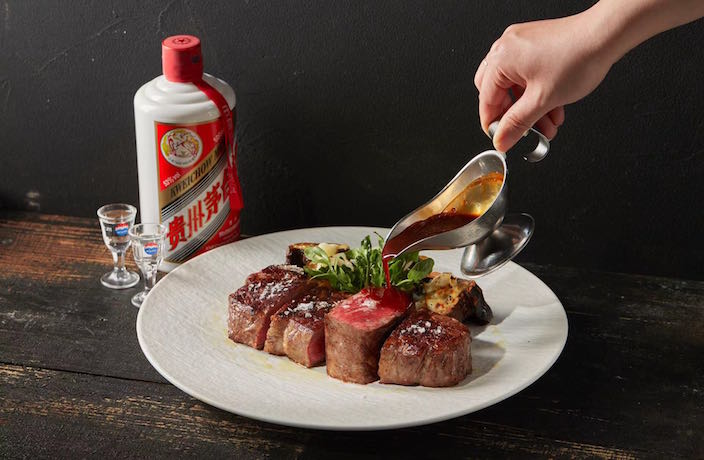 Plenty of options to keep your appetite up in Beijing this autumn. 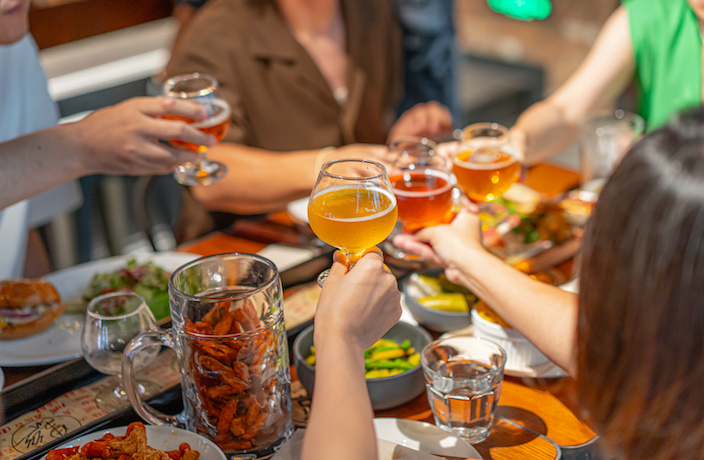 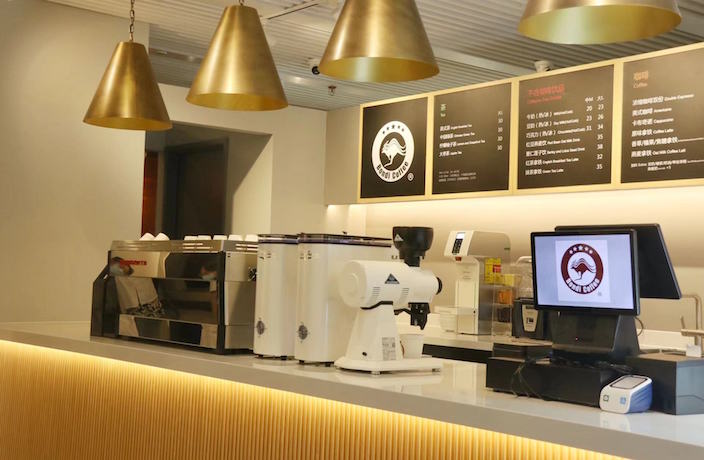 The new branch is open on Huayuan Bei Lu.

The store-and-cafe dedicated to Japanese mascot Kumamon features more photo ops than any sane person would have time for.