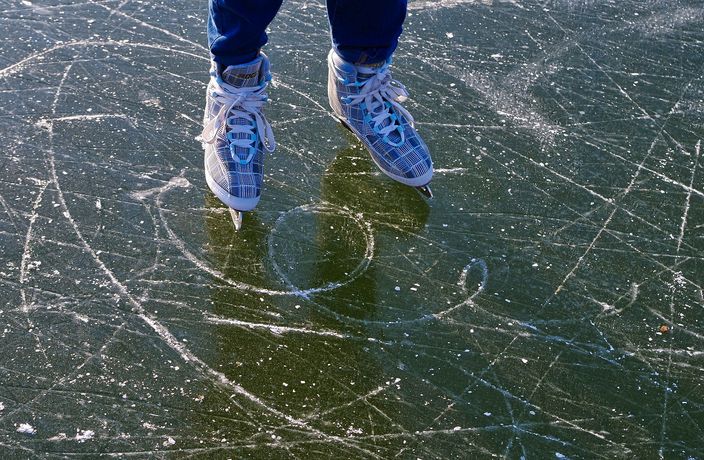 Beijing is in the midst of a cold snap and many rivers and lakes have frozen over. However, that doesn’t mean the ice in the capital is thick enough to take the weight of ice skaters.

Footage taken on Christmas Day shows skating enthusiasts at Shichahai engaging in what some media reports describe as “wild ice skating.” The skaters decided to break the rules and take to the ice, despite the ice rink having not yet opened to the public.

Shichahai is a popular ice-skating spot with a ticketed ice rink opening annually in January.

Check out the video below:

Furthermore, a security guard at Olympic Forest Park told Beijing Radio and Television that a number of “wild ice skaters” at the park had recently fallen through the ice and into the water. He added that park staff had become tired of constantly having to remind people of the rules.

Natural outdoor ice rinks in Beijing can only be opened to the public when the thickness of the ice is a minimum of 15 centimeters. Some of the city’s most popular natural rinks include Shichahai, Summer Palace (Yiheyuan), Taoranting park, Zizhuyuan park, Yuyuantan park, Beihai park and elsewhere. Rinks tend to be open by January.

If you can’t wait for a skate, try one of Beijing’s indoor rinks.

Break the rules by trying out some “wild ice skating” and you might find yourself in trouble with authorities. We could say you’d be on thin ice both literally and metaphorically.