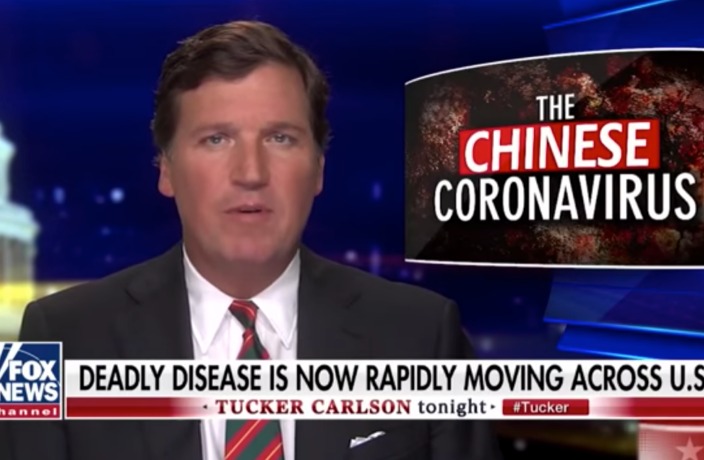 An American TV network host has drawn flak on social media after referring to SARS-CoV-2 – the virus responsible for COVID-19 – as the “Chinese Coronavirus” Monday night.

Tucker Carlson, the host of Tucker Carlson Tonight on Fox News, opened his show on Monday evening calling the “Chinese coronavirus” an epidemic in the US, and telling viewers that “people you know will get sick, some may die.” Carlson tweeted the show segment after it aired, with Twitter users criticizing the TV personality for his terminology. “‘Chinese’ Coronavirus? I don’t think viruses have nationalities. What is the purpose of adding this modifier?” commented one user. Another person remarked, “There’s literally no reason to call it the “Chinese Coronavirus” other than to scapegoat all Chinese people...”

Even some viewers who appear to be supportive of Carlson expressed their disdain for the term, with one person commenting, “You almost did a good tweet but for giving a disease a nationality. It’s not necessary. It’s counterproductive.”

Back in February, the World Health Organization (WHO) announced the official names for the virus (SARS-CoV-2) and disease caused by the virus (COVID-19). When WHO Director-General Tedros Adhanom Ghebreyesus addressed media regarding the official name on February 11, he stated: “We had to find a name that did not refer to a geographical location, an animal, an individual or group of people, and which is also pronounceable and related to the disease. Having a name matters to prevent the use of other names that can be inaccurate or stigmatizing.”

Carlson’s use of the stigmatizing term comes fresh off the heels of another polarizing event from Fox News, when TV host Jesse Watters recently demanded “an apology from China for the novel coronavirus outbreak,” as cited by Xinhua. Zhao Lijian, a spokesperson for China’s foreign ministry, fired back by saying: “No matter where the virus originated, China and all the other affected countries are victims of the virus and face the challenge of containing its spread.”

Unfortunately, Carlson isn’t the only high-profile individual using the moniker. US Republican congressional representative Kevin McCarthy posted a tweet of a link to the US CDC’s website on Monday night, writing “Everything you need to know about the Chinese coronavirus can be found on one, regularly-updated website.” The politician received backlash for his use of the phrase, with one netizen commenting, “Is it too much to ask to call it by its name: Covid-19 or Coronavirus?” 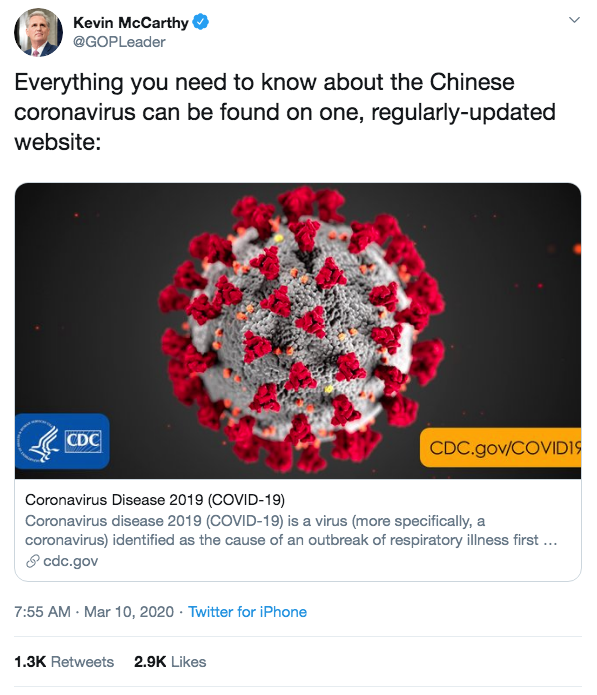 US Secretary of State Mike Pompeo also recently publicly referred to the coronavirus as the “Wuhan virus” – a reference to the Chinese city with the most confirmed cases to date.