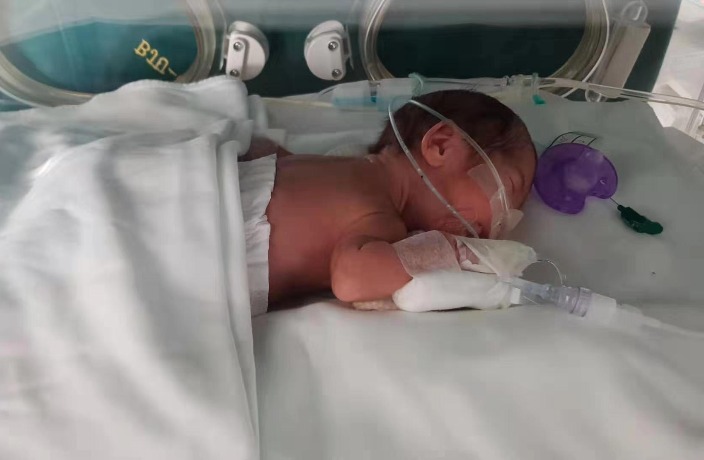 Earlier this month, the Beijing community was moved by news about ‘miracle baby’ Camila Cortavitarte Urdaneta, born August 19, after 25 weeks in-utero, weighing only 500 grams and measuring 29 centimeters (a full-term baby born at 40 weeks is an average of 3,500 grams and 50 centimeters). Camila was kept in an incubator, not yet held by her parents, and hooked up to IVs, a feeding tube and oxygen machine.

Parents Marco and Coro (of Coromoto AD, the architect for Moka Bros, La Social and Q Mex) have been living in limbo waiting for Camila to get better, after a severe case of preeclampsia hit Coro and Marco was asked to choose between the life of his wife or the life of his baby. Luckily both survived, though Camila still struggled to regulate her own breathing. She has seen improvements since then, and began taking breast milk and gaining weight.

On October 6, she finally opened her eyes, but her hemoglobin and platelets counts were low, and doctors found many infections in her blood. She has had several antibiotic treatments, coming through each one stronger and stronger. Today, she weighs 1.3 kilograms and was finally able to be held my her mother Coro for the very first time. The current goal is to get Camila to 2 kilograms by December so her parents can finally take their precious daughter home. 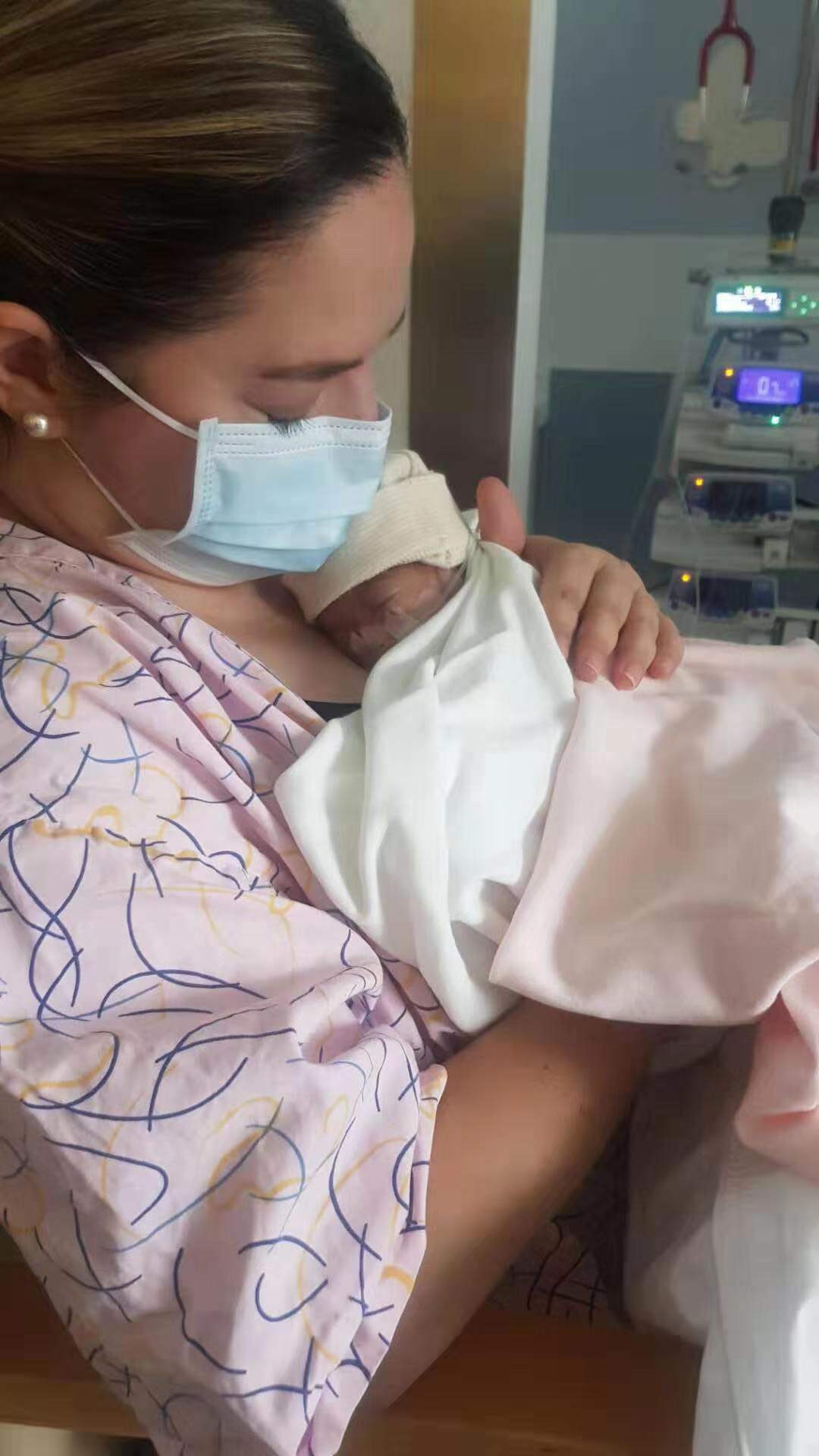 Even with the recent good news, the couple’s struggles are far from over. Savings initially intended for their move and maternity leave have all been spent, because of a loophole in their medical insurance policy that means coverage for Camila has been refused. By early September, the hospital bill surpassed RMB1.3 million, though after negotiation, they agreed to charge RMB600,000 for Camila’s medical care, to be paid off by December 12. Additionally, there is still a chance that Camila will need to spend more time in the hospital, which would increase the hefty bill.

Four days after the heartbreaking story was posted, the local community quickly came together and raised RMB400,000, with more independent communities throughout China setting up further fundraising events and helping out in their own ways, offering support both great and small.

Want to help out? Direct donations to Coro’s WeChat and Marco’s Alipay can be accessed via QR codes (found below), and there is also a GoFundMe link available. To help with donations or inquire more about the situation, family friend Anna Lin Yip (of Mosto Group) has volunteered to answer questions directly via her personal WeChat: annalinyip. In addition, there are several upcoming events in the city that will donate all of their proceeds to baby Camila and her family. Pingo Space and Moka Bros are collaborating to raise funds for the family through a bake sale on October 19 and 20, from 11.30am-12.30pm. Pingo Space’s little chefs will use their acquired baking skills – from baking in large quantities and packaging their sweets to the actual selling and talking to customers – to prepare the delicious treats with instructor Marte Van Os. Pingo Space will cover the cost of the ingredients, while Moka Bros will host the bake sale at their Sanlitun location. There will also be free portrait photography done by Mooi Family at the event until 3pm.

Join in supporting the family by attending any of the following fundraising events: 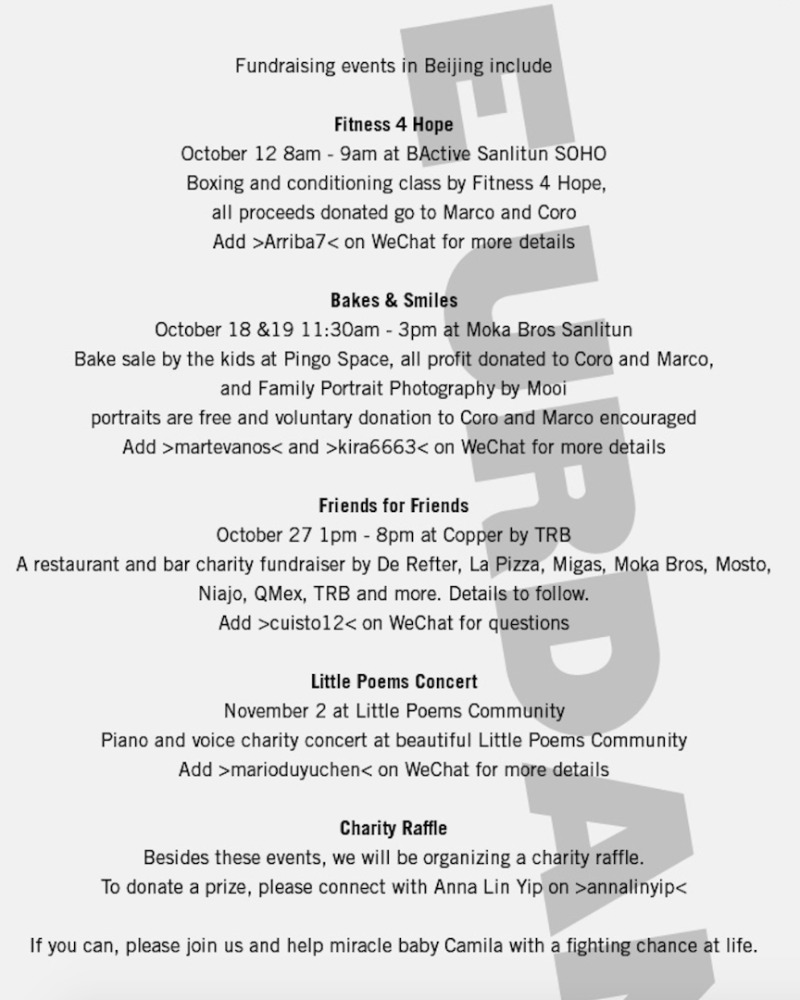 Donate directly to Marco and Coro by scanning the QR codes below: 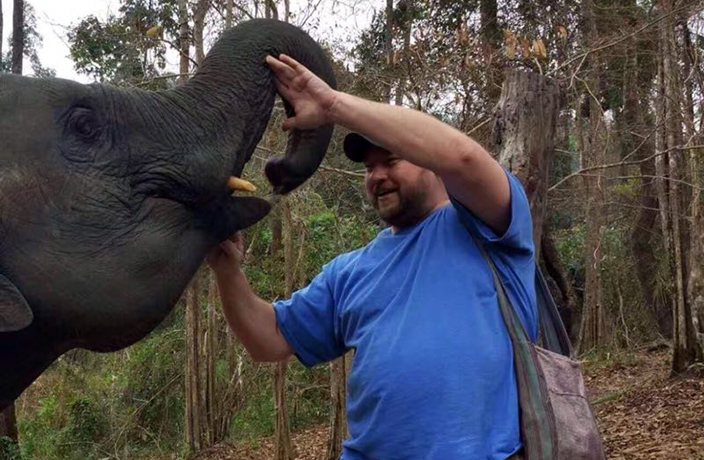 Nathan Waters suffered from a severe stroke and brain bleed last week. Friends are hosting a fundraising event at GL #6 to send him home. 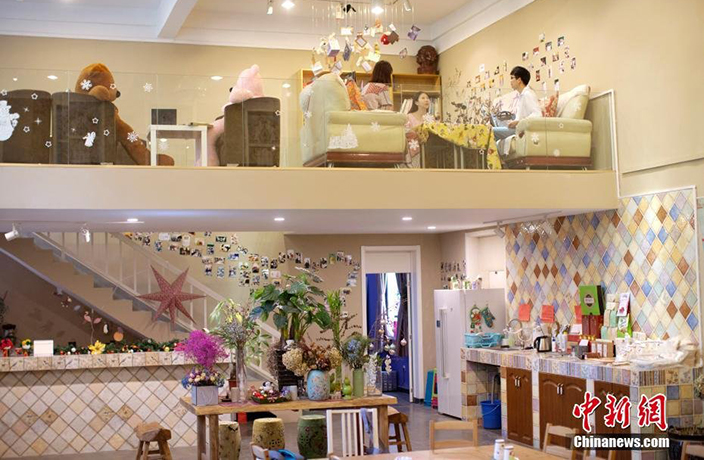 The Lovelorn Museum features mementos from over 100 relationships and highlights 100 breakup stories.

Beijing Plans to Build 1300 Community Centers to Care for Elderly

Because of Beijing's rapidly aging population and lack of facilities, authorities have announced plans to build 1,300 new centers.

The woman sat down between the train and platform in protest, causing slight train delays.

Beijing will welcome a record 300,000 newborns this year.

In the wake of China's two-child policy, Beijing expects the number of high-risk pregnancies in Beijing to double this year.